Putin buys off the poor, writes off middle class with war budget 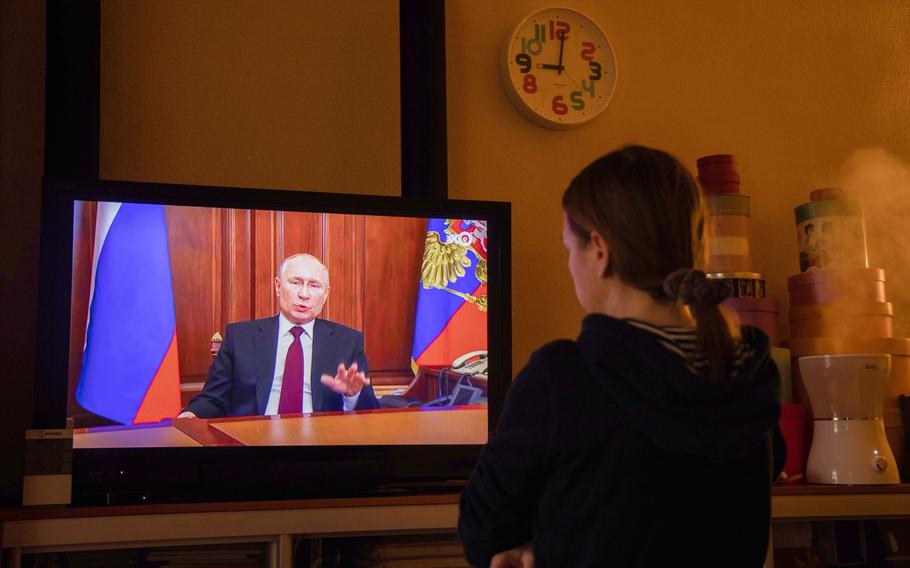 Alexei Malov's dream was to own a white Lada.

When his family in the Saratov region received a payment in compensation for their son's death fighting in Ukraine, it went to buy just the car he'd wanted, according to a report aired on Russian state television last year.

The father then goes to take it for the first drive — to the cemetery.

The payoff is just one case of the increasingly blurred lines between social programs and the Kremlin's spending on the war effort that contributed to a record budget shortfall in December.

While sparing no expense for the army, President Vladimir Putin has been rewarding the neediest Russians by expanding handouts to families. Soldiers fighting in Ukraine also receive a one-time payment worth more than a year's average living wage in Russia.

The boost in social benefits has lifted the incomes of the poorest decile of the population by more than twice the inflation rate, the only group to do so well, according to Bloomberg Economics. Russia now earmarks about two-thirds of its budget on defense, security and social programs.

"The state is targeting the poor and the near-poor," said Natalya Zubarevich, a specialist on the economy of Russian regions at Moscow State University. "For the middle class, the message is, 'goodbye guys, you are on your own."'

The approach helped reduce the number of people living under the official subsistence level — defined as an income below about $186 a month — by 700,000 in a year, according to the latest statistics available for the third quarter.

Support for families with children has become such a priority that Anton Siluanov, Russia's finance minister, said he'd rather pull funding for roads or infrastructure than compromise on assistance to those who make up the bulk of the poor.

The largesse is part of a larger-than-expected fiscal boost that was critical to sustaining an economy now on track to contract in consecutive years for the first time in nearly three decades.

In the second half of last year, Russia spent just over 1 trillion rubles ($15 billion) to assist families with children and about 400 billion rubles more on pensions, amounts that Siluanov said he expects to double in 2023.

Still, Russia's fiscal position remains relatively strong even with the widening deficit, but if the price cap imposed by the U.S. and its allies on Russian crude this year proves effective, pressure on the budget is likely to grow.

Bloomberg Economics additionally estimates that outlays for people in the military, including volunteers and those who were mobilized, may total around 1.1 trillion rubles per year.

The relief hardly compensates for the overall impoverishment Russia has suffered in the nearly a year since the invasion. Over a third of the population started to economize more on food, according to a state-run pollster, with real disposable incomes falling for three straight quarters.

"The people as a whole are getting poorer, but the poor are becoming fewer in number," said Evgeny Gontmakher, an economist and former government official.

Spillovers from the war hollowed out the middle class so much that it now comprises no more than 10% of the population, according to Gontmakher. Hundreds of thousands who had the means to leave Russia ended up fleeing in two waves, frequently leaving behind property and jobs.

Besides ensuring loyalty from the most disadvantaged Russians, long the core of Putin's electorate, the government is creating incentives for people to join the military at a time when it's having to appeal to convicts and use mercenaries to make up for its severe manpower shortages in Ukraine.

In late December, Putin ordered the payment of 5 million rubles to the families of soldiers killed in Ukraine, enough to buy an apartment in many parts of Russia. Veterans who suffered an injury or trauma will get 3 million rubles.

Russia's propaganda machine is also churning out advertisements that circulate on social media and recruiting portals, touting contracts in the military as a get-rich scheme.

The poorest are seizing on the war as a quick escape from hardship and loans they can't repay, according to Zubarevich.

"People often go to war because of poverty," she said. "It's a way to break free."