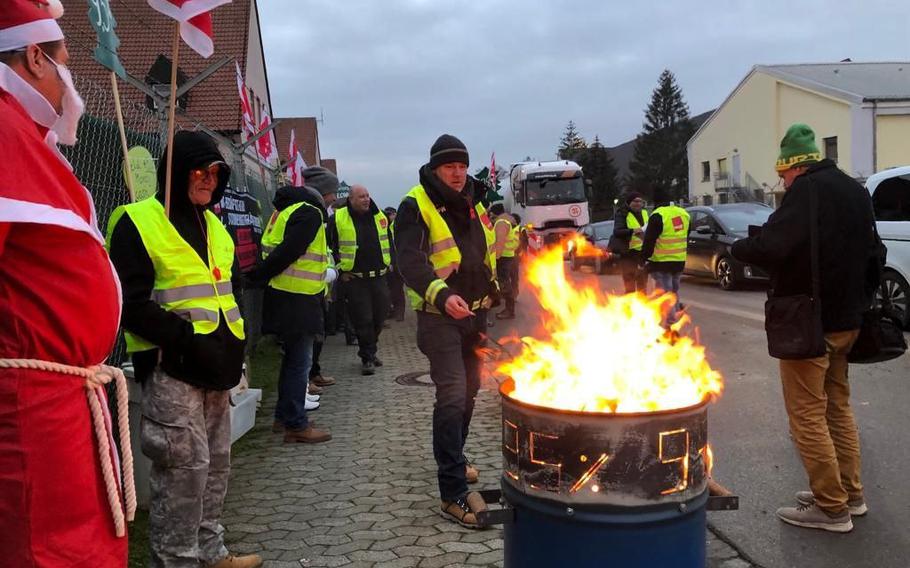 Civilian employees of the U.S. base in Ansbach, Germany, walked off the job Dec. 7, 2022, to reinforce their demands for pay increases to help offset the rising costs of energy and food. (Ver.di)

More than 800 German workers at American military installations in Bavaria took to the streets this week to call for a wage increase to offset rising utility prices and cost of living.

Ver.di, a union that represents civilians employed at bases across Europe, declared a strike Wednesday in the largest German state after rejecting a 2.5% pay increase offered by the U.S. and German military, the union said in a statement the same day.

“From shooting range personnel to plumbers, public works craftsmen and budget analysts, workers from across the spectrum of services were represented,” Dieter Gebhardt, a Ver.di union steward in Vilseck, told Stars and Stripes on Thursday.  “We saw bombastic participation, and it shows that the initial offer was not acceptable.” 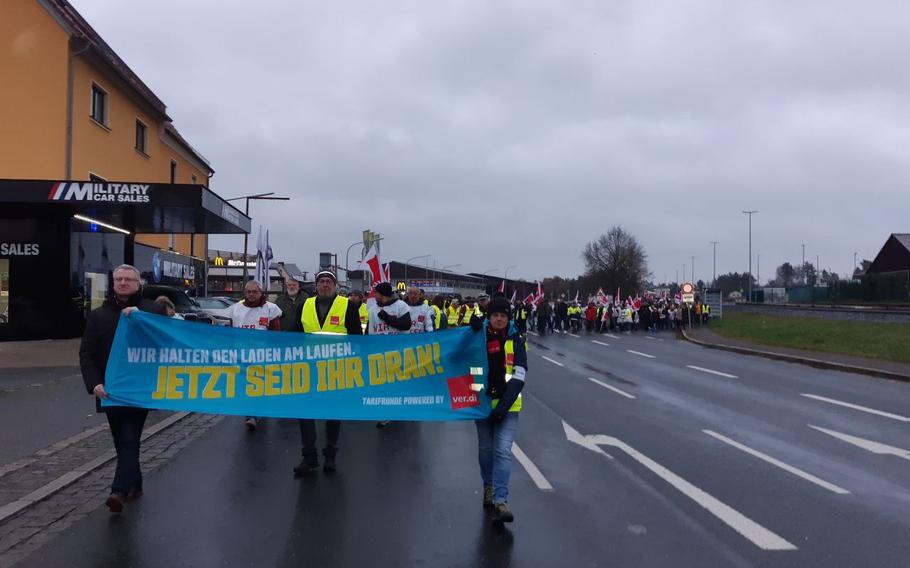 Civilian employees of the American military training areas in Hohenfels, Vilseck, Grafenwoehr, Ansbach, Illesheim and Katterbach, all in the German state of Bavaria, went on a daylong strike Wednesday, Dec. 7, 2022. They are demanding a permanent pay increase at a time of rapidly rising prices. (Ver.di) 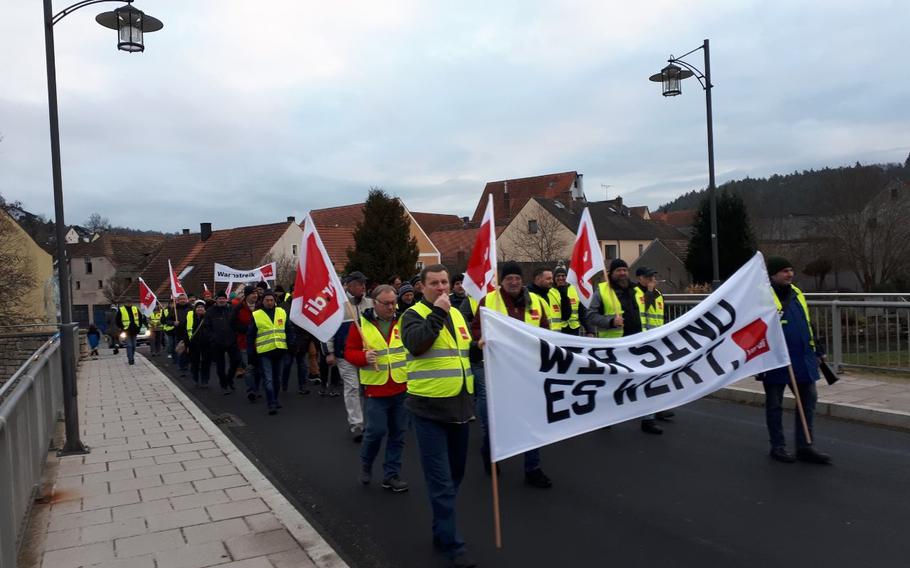 More than 700 German workers took part in a strike near a U.S. military installation in Hohenfels, Germany, on Dec. 7, 2022, according to the union that represents them. They say their pay is not enough to keep up with severe inflation and they are demanding a 9.5% raise. (Ver.di)

“The strike is a legitimate form of labor action protected by German law,” Garrison officials wrote on Facebook. “USAG Bavaria gates will remain open operating under normal hours. Services affecting your health and safety will continue, but you should be prepared for a potential disruption in garrison services staffed by striking employees.”

U.S. military officials with U.S. Army Europe and Africa were not immediately available for comment Thursday.

The union is asking for a pay raise of 9.5% and 150 euros per month for local job trainees, who receive apprenticeship pay, Ver.di spokeswoman Kathrin Birner said, according to the statement.

Employers had proposed to raise pay for a 14-month period starting in January 2023 and offered a payment of 500 euros in each of November and December, according to the Ver.di statement.

Given the rapidly rising costs of energy and food, the proposal was perceived as a ”slap in the face,” according to the statement.

“High one-off payments are good for achieving timely and, above all, short-term relief,” Birner told Stars and Stripes on Wednesday. “However, permanently high prices can only be countered with a permanent increase in the pay tables.”

The first round of negotiations began Nov. 29 and talks remain ongoing.

“For us, the high turnout (at the strikes) is a clear sign that the employees want to fight for their demands,” said Wolfgang Dagner, Ver.di Bavaria’s chairman to the state commission for stationed forces. “We expect the employers to put a serious offer on the table at the next negotiation date.”

Stars and Stripes reporter Michael Slavin contributed to this report.