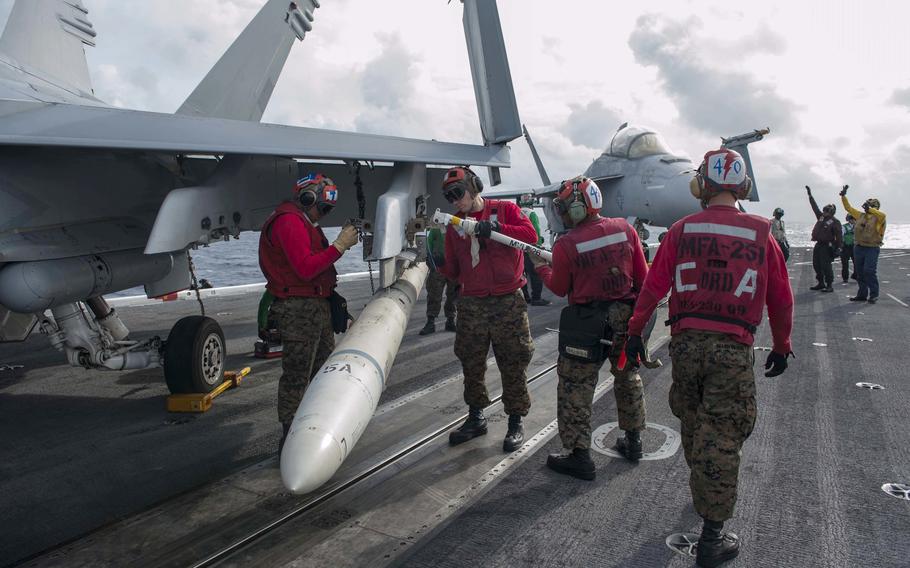 KYIV, Ukraine — For anyone contemplating a top administrative position in the Russian-occupied territories in Ukraine, Kyiv authorities have a message: Be afraid. Very afraid.

Since Russian forces invaded in late February and began seizing Ukrainian cities and towns, close to 20 Kremlin-backed officials or their local Ukrainian collaborators have been killed or injured in a wave of assassinations and attempted killings.

They have been gunned down, blown up, hanged and poisoned - an array of methods that reflects the determination of the Ukrainian hit squads and saboteurs often operating deep inside enemy-controlled territory. The unpredictability of the attacks is meant to terrify anyone who might agree to serve in the puppet governments Russia has been creating with an eye toward staging sham referendums and ultimately annexing the occupied lands.

On Tuesday, the bloody roll continued.

Artem Bardin, the military commandant in Berdyansk, a port city on the Sea of Azov that Russia seized early in the war, was critically injured when a car exploded near the city administration building, according to Russia’s Tass news agency, which described the incident as a “terrorist act.”

Bardin’s legs were blown off and he suffered extensive blood loss, but he was alive, Vladimir Rogov, a Ukrainian who works as a pro-Russian official, told Tass. “Doctors continue to fight for his life,” Rogov said.

Earlier reports that Bardin had died could not be independently confirmed, but there was no doubt that he would not be returning to his official duties in the occupied city any time soon.

As Ukrainian soldiers press forward in the country’s south and east to try to reclaim occupied territories, Ukrainian authorities say the shadowy behind-the-lines operations are undermining, if not outright thwarting, Moscow’s plans to take political control, and especially to stage the sham referendums the Kremlin hoped to use to justify annexation.

In addition to the targeted killings, the Ukrainians have carried out attacks on Russian ammunition depots and other crucial military installations and assets in occupied Crimea.

A Ukrainian official, speaking on the condition of anonymity to discuss a sensitive matter, said one of Ukraine’s special services was involved in the attempt on Bardin’s life, though he couldn’t specify which agency.

“In my understanding, everything that is done to destroy the leaders of the invaders and traitors is done by our special services,” the official said. “You can say that three organizations are involved in this kind of business: special operations forces, the main intelligence department [of the military] and a special unit of the SBU,” Ukraine’s main internal security service.

Russian officials have also blamed Ukrainian special services for the car bombing that killed Daria Dugina, a right-wing, nationalist Russian TV commentator and the daughter of far-right Orthodox Christian ideologue Alexander Dugin, a strong supporter of the war. Ukraine has flatly denied involvement in her killing near Moscow.

The assassination campaign, while cheered by many Ukrainians, nonetheless raises legal and ethical questions about extrajudicial killings and potential war crimes, particularly when the targets are political actors or civilians and not combatants on the battlefield or other military personnel. And those questions cannot simply be waved away by pointing to the illegality of Russia’s invasion.

The Geneva Conventions, referring to “persons taking no active part in the hostilities,” specifically prohibit “violence to life and person, in particular murder of all kinds,” as well as “the passing of sentences and the carrying out of executions without previous judgment pronounced by a regularly constituted court.”

Mykhailo Podolyak, a top adviser to Ukrainian President Volodymyr Zelensky, told The Washington Post that the attacks in the occupied territories were evidence of a “powerful partisan and active protest movement” that shows “Moscow is absolutely incapable of controlling” the areas and that “no one here was waiting . . . with flowers in their hands” to greet the Russian forces.

As a result, Podolyak said, “all scenarios concocted in the Kremlin, including fictitious referendums, remain only on paper.” He said that Moscow was finding it difficult to recruit from the local population for the pro-Russian administrations, and that Russian officials were refusing to travel to Ukraine because of the risk they would end up on a target list.

“The risks and consequences are extreme - and they understand this very well,” Podolyak said.

During August alone, there were nine such attacks.

In Berdyansk, the deputy head of the traffic police, Aleksandr Kolesnikov, died after a bomb blast, which local authorities blamed on the “Kyiv regime.”

In Kherson, Volodymyr Saldo, the head of the occupation administration, was hospitalized after being poisoned, reportedly by a personal chef. His condition could not be learned. And another Kherson occupation official, Vitaliy Gura, was killed in early August in the city of Nova Kakhovka.

It is far from clear that all these hits were the work of the Ukrainian special services. However, Konrad Muzyka, director of Rochan Consulting, a Polish-based defense consulting firm, said he had not seen “any evidence, even a shred of evidence, or even a rumor” that the attacks were the result of infighting in the pro-Russian administrations.

Muzyka, however, said he did not know if Ukrainian special services were acting alone or with the help of local partisans, but he said the victims were clearly not chosen at random.

“Whoever is organizing the attacks, they try to focus on big fish,” he said.

The operations were aimed in part at derailing the Russian-organized referendums, Muzyka said, which in some areas had tentatively been scheduled to take place this month. Russia staged a similar referendum in Crimea in 2014 before annexing the territory in violation of international law.

“I think it’s fair to say that Kyiv is very concerned about these referendums,” Muzyka said. Ukrainian officials “would do their utmost to actually prevent them from happening.”

In May, Andrei Shevchik, the Russian-appointed head of Enerhodar, the city closest to Ukraine’s giant Zaporizhzhia nuclear power plant, was targeted in a bombing attack. That strike was confirmed by Dmytro Orlov, the legitimate mayor, who was unseated by the invading Russians and is exiled from his city.

Now, the attacks on pro-Kremlin officials are taking place as Ukrainian forces conduct what appears to be a major offensive to drive Russian forces from Kherson.

On Monday, Kirill Stremousov, a senior official in the Moscow-backed Kherson administration, said that “a pause has been taken” in carrying out the referendum in his region because of the security situation. Other Russia-aligned officials tried to walk back that statement, but it was far from clear that Russian forces would control the territory long enough to stage the fake vote.

“In Kherson, it is said that Russian officers . . . have been avoiding evening walks recently,” he wrote. “As soon as city falls asleep, the partisans wake up. ... We wish all the collaborators a ‘good night.’ “