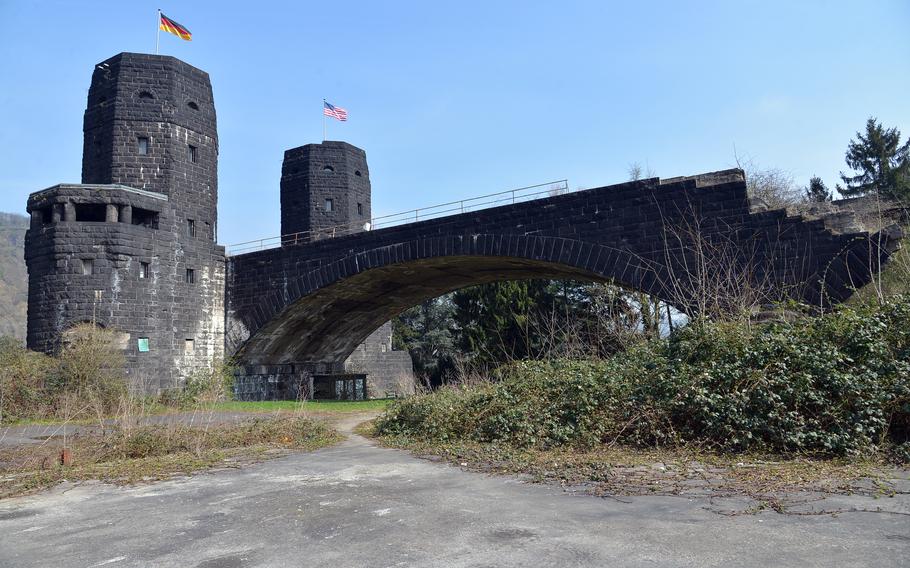 The remnants of the Ludendorff bridge on the west bank of the Rhine River in Remagen, Germany. Despite the Nazis’ attempt to destroy the bridge it was captured intact by 9th Armored Division soldiers on March 7, 1945, enabling thousands of troops to pour over to the eastern side of the Rhine. The battle for the bridge was the subject of the 1956 book, “The Bridge at Remagen,” and a 1969 film of the same name. (Michael Abrams/Stars and Stripes)

KAISERSLAUTERN, Germany — The bridge in Remagen, site of a famous American military exploit in World War II, is taking part in an annual event in which more than 4,000 museums and cultural attractions in the country offer free visits.

The Day of the Open Memorial is observed on the second Sunday in September and is dedicated to the protection of monuments and historic places. The event is part of European Heritage Days and is one of the largest cultural events in Germany.

This year, it happens to fall on a notable day of remembrance for Americans, Sept. 11.

The Remagen bridge today is home to a peace museum, and from 10 a.m. to 5 p.m. on the Day of the Open Memorial, its two special exhibitions will be available at no cost.

In the late months of the war, arriving soldiers with the 1st U.S. Army were surprised to find the Ludendorff railroad bridge spanning the Rhine River still intact.

Its capture on March 7, 1945, enabled rapid establishment of a bridgehead, allowing more than 50,000 allied troops to make their first crossing to the eastern shore of the Rhine and hastening the Nazis’ defeat. 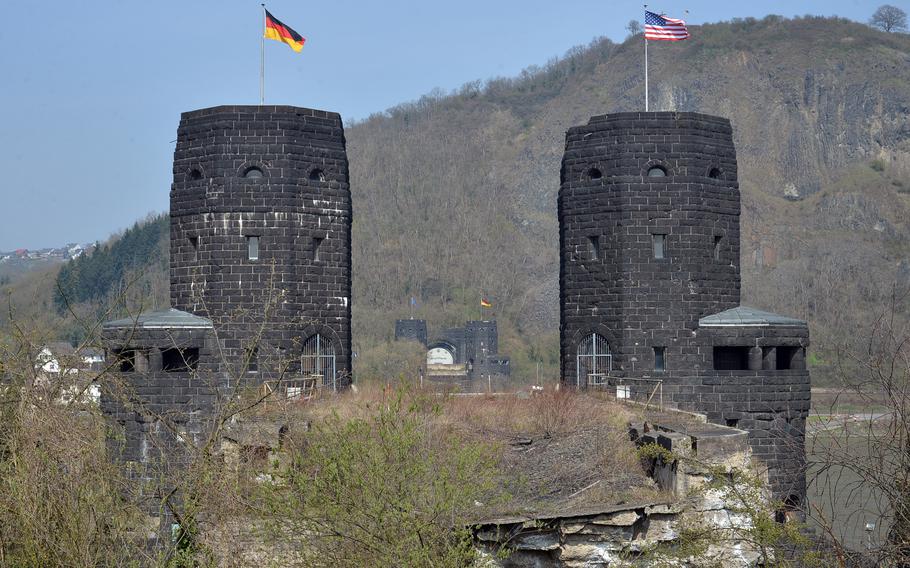 The remnants of the Ludendorff bridge stand on the west bank of the Rhine River in Remagen, Germany. Despite the Nazis’ attempt to destroy it, the bridge was captured intact by 9th Armored Division soldiers on March 7, 1945, enabling thousands of troops to pour over to the eastern side of the Rhine. The bridge finally collapsed on March 17, killing 30 soldiers, but by then the Allies were advancing into the heart of Nazi Germany. (Michael Abrams/Stars and Stripes)

The combat exploits in the now-famous battle for the river crossing were immortalized by the 1969 movie “The Bridge at Remagen” and will be brought to life by reenactors from the living history group 3rd Squad.

“The current situation (in Europe) fills us all with great concern,” Steffen Skudelny, a member of the board of the German Foundation for the Protection of Monuments, said earlier this year. “Culture is also deliberately destroyed in order to erase history. Cultural assets in particular connect people and peoples across borders and times.

“Monuments keep identity alive. (This day) allows people to continue to get to know and appreciate what unites us.”

Other sites that will be open for free include churches, castles and mines, and free tours of historic city districts throughout Germany will be offered as well.

A full listing of event sites can be found in the online program.