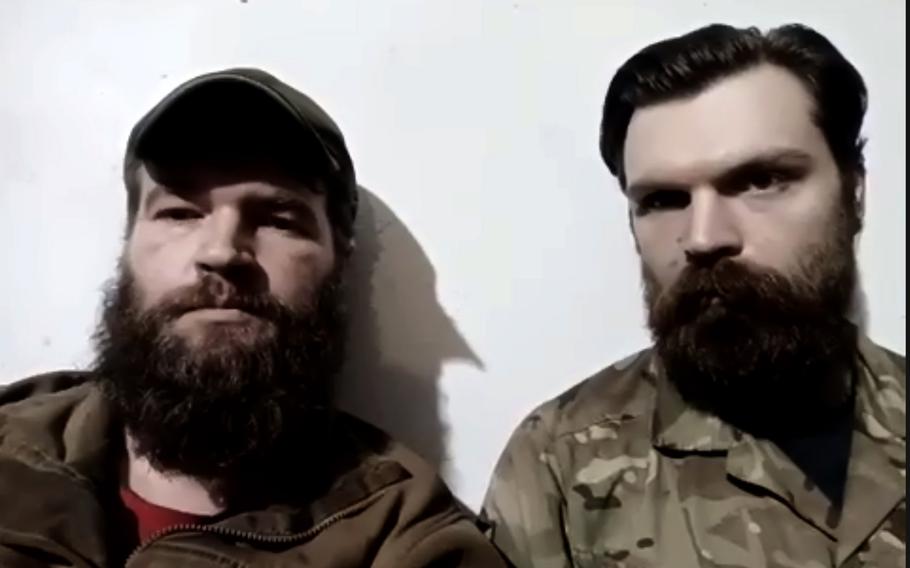 As the last civilians were evacuated from Mariupol’s embattled steel plant, leaders of the remaining Ukrainian fighters holing up there took to Zoom to issue a defiant message: That they will fight until the very end.

“We will always fight, as long as we are alive, for justice,” Azov Deputy Commander Cap. Sviatoslav “Kalina” Palamar said in an unusual news conference from within the Azovstal steel plant.

Russian forces continued to storm the steel plant on Sunday, the fighters said. “We don’t have much time, we are under constant shelling, so we need to begin,” Palamar warned at the start of the video conference.

Kyiv’s defense of Mariupol appeared to be nearing an end this weekend as more than 300 civilian women, children and elderly were evacuated from Azovstal steel plant - the last holdout for the city’s resistance - though the two fighters said they could not confirm that every single civilian had been evacuated from the plant.

Ukrainian President Volodymyr Zelensky a day earlier said diplomatic efforts were underway to try to free the fighters, medics and the wounded - though he acknowledged that this would be “extremely difficult.”

“We need to ensure that they can leave [Azovstal] ... in dignity,” Palamar said.

Palamar and Azov Lt. Illia Samoilenko are members of the Azov Regiment, a nationalist group that is part of Ukraine’s National Guard and has been defending the steel plant for weeks, mostly in its dark and dingy subterranean levels.

Samoilenko said the Ukrainian troops still have water, weapons and munitions, have no choice but to fight to the end.

He said fighters were wary of reports of Russia’s mistreatment of prisoners of war and feared they would be killed after surrender. With Russian forces attacking the plant, there was little hope of escape to Ukrainian-held territory, he said.

“Surrender for us is unacceptable,” Samoilenko said. “Being captured means being dead.”

Ukrainian intelligence officials have said that Russia is planning to hold a parade in Mariupol on Monday to celebrate its gains in the war against Ukraine - on the occasion of Victory Day, the commemoration of the Soviet Union’s victory over Nazi Germany during World War II - and has enlisted residents to clear debris, bodies and munitions from the streets in exchange for food ahead of the celebrations.

In his nightly address on Saturday, Zelensky said Ukraine is working on a plan to evacuate the troops and secure humanitarian corridors for the residents of Mariupol and surrounding settlements.

“We are now preparing the second stage of the evacuation mission, the wounded and medics. ... We are also working to evacuate our military. All heroes who defend Mariupol,” he said.

Russia is still aiming to capture the plant, which would give Moscow full control over Mariupol, allowing it to establish a land bridge with annexed Crimea.

Samoilenko hailed the “heroes” fighting alongside him to defend Mariupol, and said “a lot of people gave up their lives for this city, for the country, for the people of Ukraine.”

He said members of his regiment could have left when Russian forces began to encircle the city, but they chose to stay. “We did not have an order to take the full command of the defense of Mariupol, but this decision was made because nobody could do this,” he said.