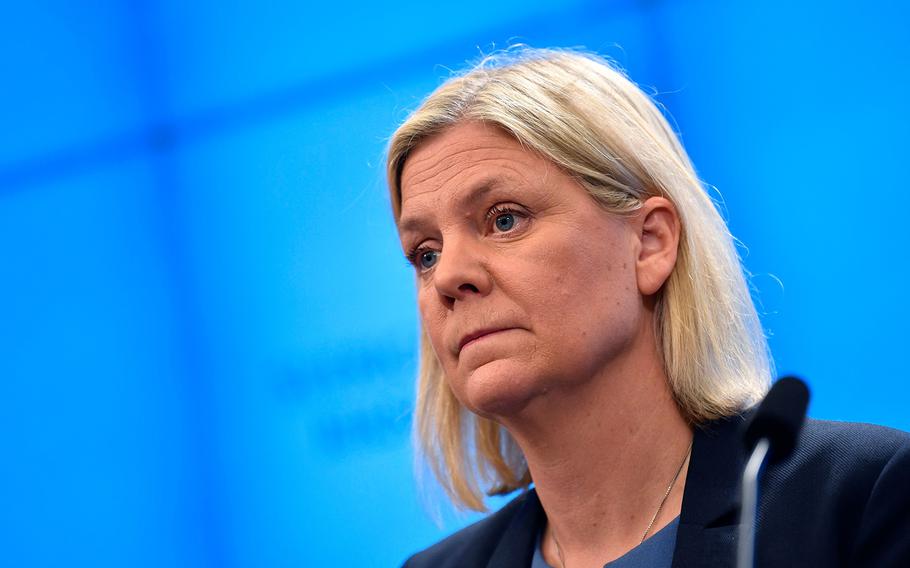 Military and political consequences may follow if the two countries join the pact, Sergei Belyaev, director of the Second European Department of Russia's foreign ministry, told the state-owned news agency Interfax. Their non-participation in NATO is "an important factor in ensuring security and stability in northern Europe," he said.

Putin has cited NATO's expansion east as a reason for his invasion last month, saying it represents a security threat to Russia. Ukraine has said it wants to join the alliance, whose members are treaty-bound to come to each other's defense.

"We reject that kind of statement. Swedish security policy is determined by Sweden," said Ann Linde, Sweden's minister for foreign affairs. "Russia has nothing to do with our independent decisions."

Finland "as a sovereign state makes its own security policy decisions based on our own interest," said Marja Liivala, director general of the Department for Russia, Eastern Europe and Central Asia at Finland's ministry for foreign affairs. "It's very important for Finland that the NATO Open Door policy remains."

Recent opinion polls show an increasing number of Swedes and Finns are in favor of joining the NATO defense bloc since Russia's invasion of Ukraine.

Earlier this week, Sweden's Prime Minister Magdalena Andersson cooled speculation about any near-term bid to join NATO, saying it could lead to further tension in Europe.