Two crew members were seen parachuting from a downed Russian jet Saturday in Chernihiv, Ukraine, according to the Ukraine State Emergency Service (SES).

The SES shared photos on Twitter on Saturday showing the smoking remnants of the jet in the city, located about 95 miles north of Kyiv. Officials said on social media that the plane had been shot down and two people rescued.

The Washington Post verified the visuals and, using the number “24” on the plane’s vertical stabilizer, determined that the aircraft was a Sukhoi Su-34 fighter jet. The same plane was photographed in 2019 in Russia by plane spotters, and the identification was confirmed by Tony Wilson of the Security Force Monitor at Columbia Law School’s Human Rights Institute.

A billowing column of black smoke from the crash site could be seen from a half-mile away, according to a video verified by The Post.

Military analysts told The Post that Russia’s initial attacks on Ukrainian military targets failed to knock out the country’s air defenses. Those defenses were not centrally located, the Associated Press reported, leaving Ukraine with surface-to-air missile systems capable of shooting down planes and helicopters.

Ukrainian President Volodymyr Zelensky pleaded with members of Congress on Saturday for help in transferring more Soviet-era fighter jets to his country to counter Russian air attacks. Those planes could be sent from Eastern European countries, including Poland, Romania and Slovakia, one senator wrote after the call.

Zelensky asked lawmakers to “close the skies or give us planes,” Sen. Ben Sasse, R-Neb., said in a statement on Saturday.

U.S. and other NATO leaders have declined Zelensky’s calls to send military aircraft into Ukraine to establish a no-fly zone. Such a move could cause the conflict to escalate and “lead to a full-fledged war in Europe,” U.S. Secretary of State Antony Blinken said.

Russian President Vladimir Putin on Saturday said that if countries enforce a no-fly zone in Ukraine, it would be considered “participation in the armed conflict.”

The United States has supplied Ukraine with antiaircraft and antitank missiles, The Post reported, but Zelensky said those weapons are not enough to fend off Russian forces.

The Washington Post’s Todd C. Frankel and Mike DeBonis contributed to this report. 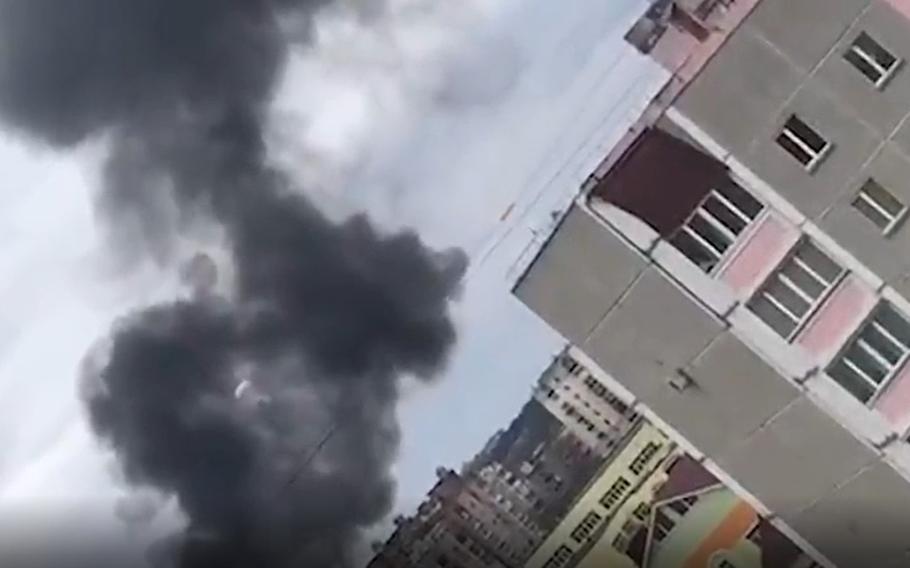