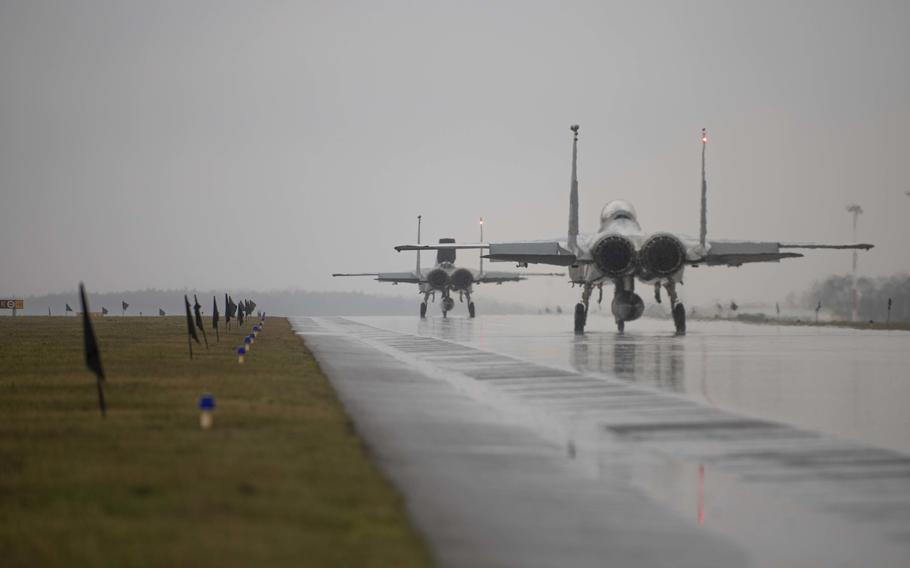 STUTTGART, Germany — The establishment of permanent American military bases in allied countries near Russia has been a NATO taboo for 25 years.

But Russian President Vladimir Putin’s announcement Monday recognizing the independence of two self-proclaimed “people’s republics” in eastern Ukraine and subsequent movement of troops toward the breakaway territories could be the impetus to cast aside an agreement limiting how NATO members base troops on the alliance’s eastern flank.

“I believe the alliance and/or the U.S. are going to seriously reconsider our position on permanent basing in Poland, Romania and the Baltic countries,” said retired Lt. Gen. Ben Hodges, who led the U.S. Army in Europe from 2014 to 2017.

In an effort to assuage Kremlin fears about NATO, the alliance signed an agreement with Russia in 1997 that aimed to promote transparency and trust.

The NATO-Russia Founding Act said that no permanent allied bases would be set up in new member countries in the east, and troop deployments would be limited in scope and duration.

“I think that act of good faith on our part has been rewarded with continuous Russian aggression,” Hodges said.

Now pressure is building in NATO to stake out a more formidable military presence in countries once dominated by the Soviet Union, the predecessor of today’s Russian Federation.

Critics of the NATO-Russia Founding Act say it became a relic following the 2008 war Russia waged against Georgia and its first invasion of Ukraine in 2014. 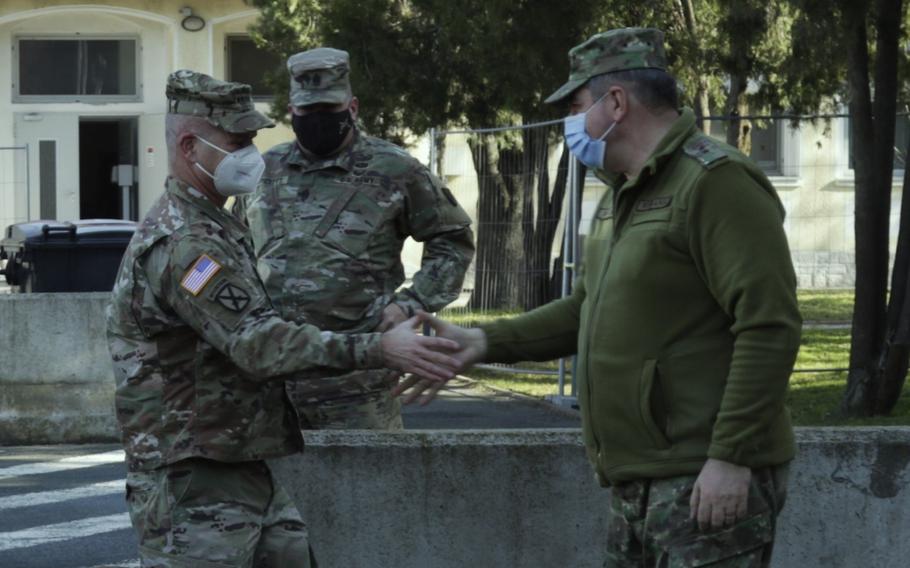 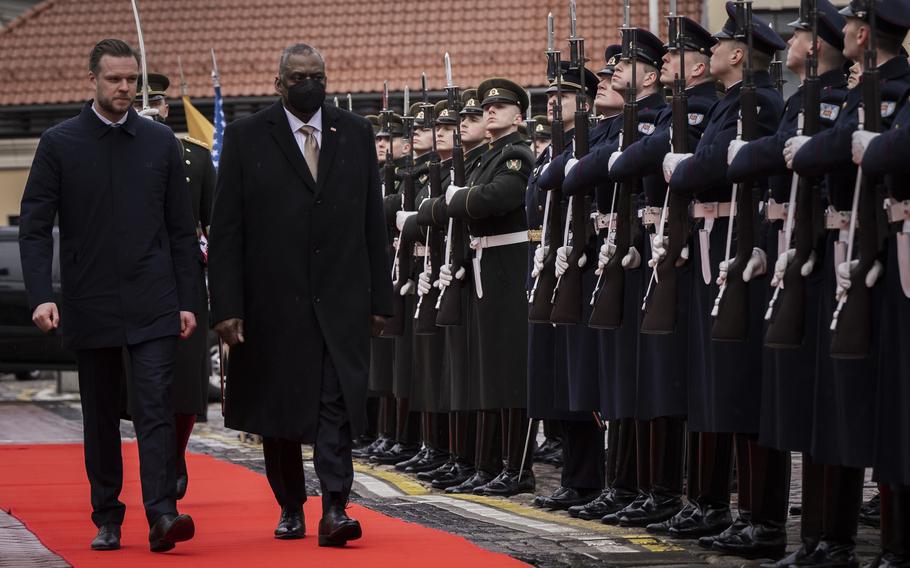 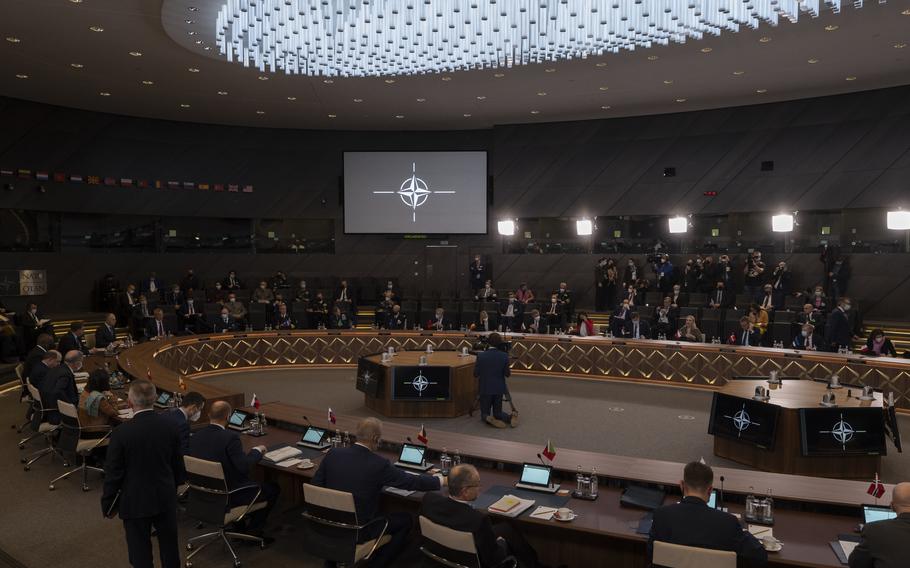 Russia loyalists in the self-proclaimed Luhansk and Donetsk people’s republics, and nearby parts of the Donbas region, have since been at war with the Ukrainian central government for several years. At times, Russian military members have fought alongside them.

Putin’s recent actions may be swaying allies who were hesitant to pull the plug on the founding act until now.

Other allies say it’s long past time for NATO to go bigger in the east. Poland and Romania have long sought permanently based U.S. troops on their territory.

Putin’s comments Monday about Ukraine, which he described as part of Russia’s “spiritual space,” were likely to heighten the sense of urgency among NATO allies Estonia, Lithuania and Latvia, all of which have complicated histories with Russia and notable Russian-speaking communities. 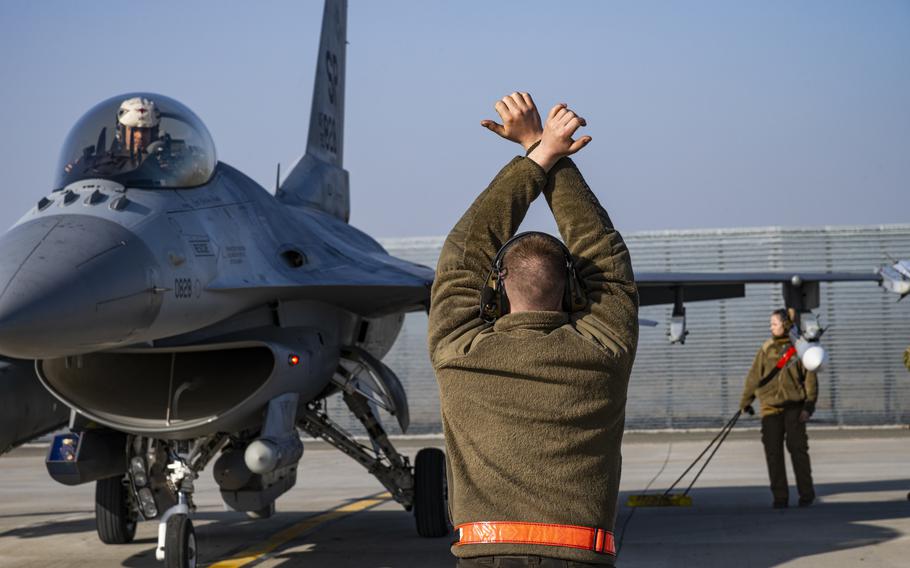 “We need to make sure that (Putin) sees that his actions are creating a response in the Baltic region ... and we are reinforced, we are strengthened, and we do not allow him to even think about looking (in our direction),” he said.

So far, the U.S. has sent 5,000 extra troops to Europe in response to the crisis around Ukraine, where between 169,000 and 190,000 Russian military members are assembled along the border areas, according to U.S. estimates.

The U.S. says Moscow could launch a full-fledged invasion any moment. But no extra forces have been dispatched yet to reassure worried allies in the Baltics.

Hodges said the Army in Europe needs more capability to maneuver faster in the east, along with added air defense weaponry. The Army’s recently reestablished V Corps headquarters in Kentucky, which manages maneuvers along the allied eastern flank, has a small forward element of rotational soldiers in Poland. Basing the full headquarters in Poland would make them more effective, Hodges said.

Barry Pavel, director of the Scowcroft Center for Strategy and Security at the Atlantic Council, said in an op-ed published Thursday in Defense One that the U.S. Army now must prioritize Europe to counter Russia.

“Beyond the Korean Peninsula, there should be no other top priority for the Army,” he wrote. “Europe is where it’s needed the most, and it has very limited roles elsewhere.”