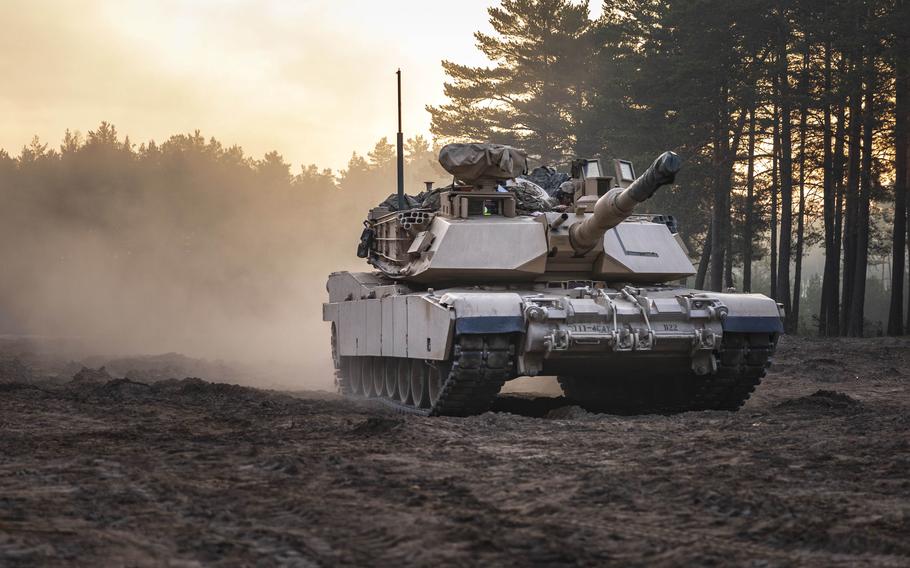 Adding the tanks to the Polish arsenal will ensure more equitable security burden-sharing in NATO, he said, although he noted that no delivery date has been set.

Austin was in Warsaw for talks with Polish officials about Russia’s military buildup around Ukraine. Allies must brace for a potential humanitarian crisis in Europe should a new war break out, he said.

“Poland could see tens of thousands of displaced Ukrainians and others flowing across the border trying to save themselves,” Austin said.

About 4,700 soldiers from the 82nd and 101st Airborne divisions have been dispatched to southeastern Poland in recent days in anticipation of such a crisis. U.S. soldiers in Poland could be tasked with helping to manage the flow of Americans out of Ukraine. 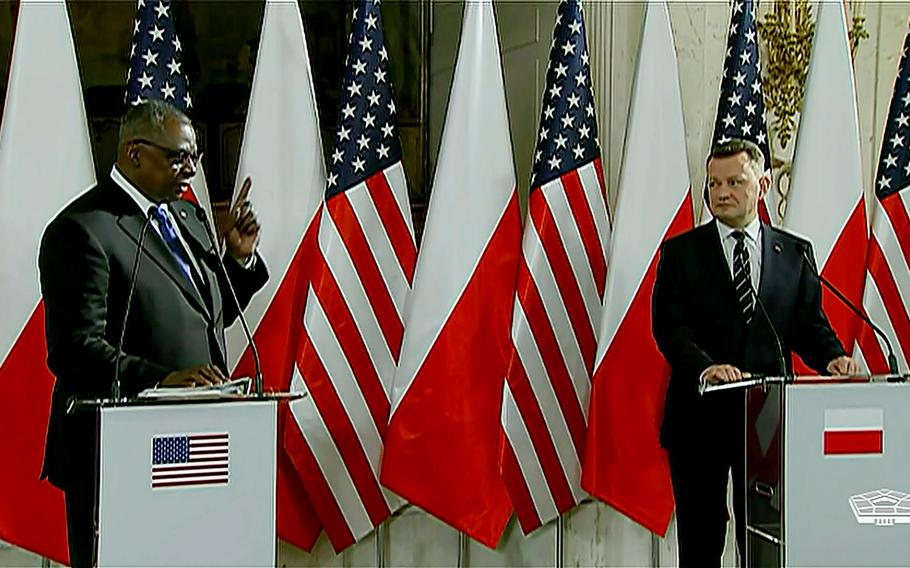 On Friday, Austin met with Polish Defense Minister Mariusz Blaszczak, and later, he was slated to visit with U.S. and Polish forces.

Poland already has a tank force consisting of various models of the German Leopard 2, the domestically built PT-91 and the aging Soviet-era T-72, the latter of which will likely be replaced by the Abrams tanks. The M1A2 tanks are produced by U.S. contractor General Dynamics Land Systems.

Nonetheless, the tanks will not alter the basic military balance in the region, the State Department said in statement following Austin’s announcement.

In July, Warsaw said that it was ready to spend $6 billion for the most up-to-date version of the Abrams tank and that they hoped for delivery by 2022.

The 4,700 U.S.-based soldiers who recently deployed to Poland join about 4,000 others who are on enduring rotations. Such rotations, which have increased over concerns about Russian aggression, give Poland the fourth-largest number of American troops in Europe, Austin said. 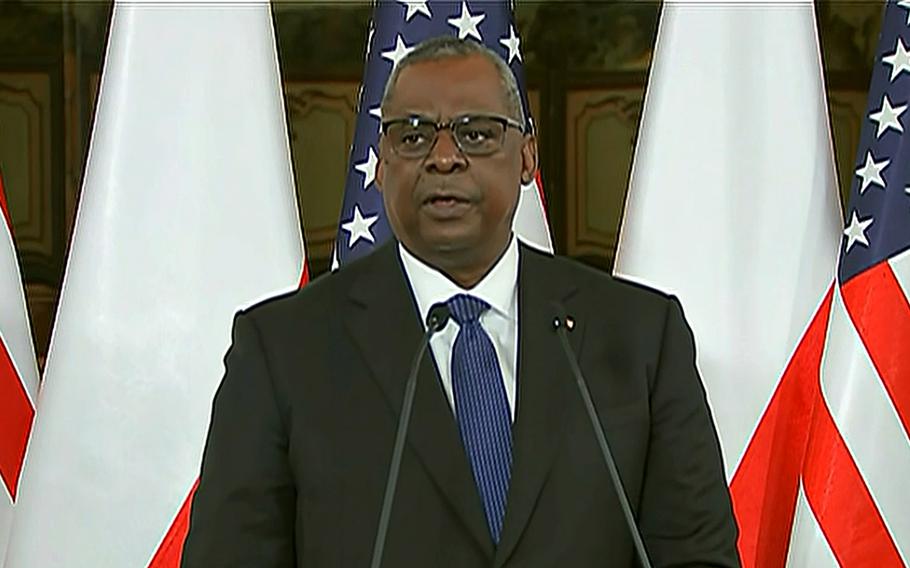 Austin also reiterated comments he made a day earlier at a NATO meeting, saying the U.S. still has not seen any sign of a Russian de-escalation around Ukraine.

Russia has amassed between 169,000 and 190,000 troops around Ukraine’s borders, Michael Carpenter, U.S. Ambassador to the Organization for Security and Cooperation in Europe, said in a speech in Vienna on Friday. That compares with about 100,000 troops along the borders on January 30, Carpenter said.

Blaszczak said Europe must brace for possibly the most serious security crisis on the Continent in more than 70 years.

“Currently, we are facing serious challenges,” he said. “We are on the verge of the most dangerous conflict since World War II.”