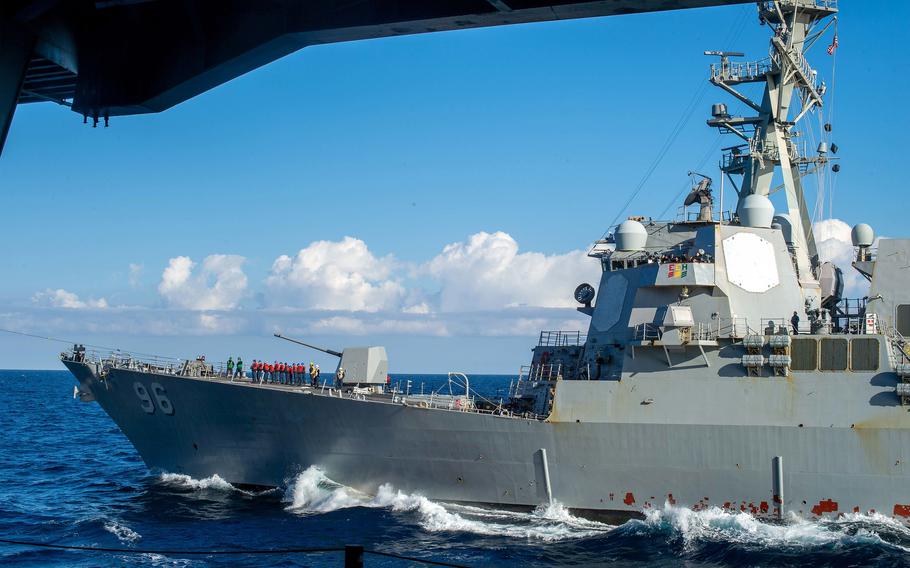 Warships are transiting the Mediterranean Sea and nearby waters in numbers rarely seen in recent decades, adding another dimension to the ongoing tensions between NATO and Russia over Moscow’s military buildup along Ukraine’s borders.

While the focus remains on the 130,000 Russian troops massed along Ukraine’s land borders and whether the Kremlin will make good on its statement that some will withdraw, both the U.S. and Russia recently announced deployments of multiple ships carrying guided missiles to the region.

The ships are in addition to the U.S., French and Italian carrier strike groups that trained together in the region last week, as well as Ukrainian and Russian vessels operating in the eastern Mediterranean.

It remains unclear whether Russia will use its ships to launch a new invasion of Ukraine, where Russian-backed separatists have been fighting in the east since 2014. For the U.S. and its allies, the ship deployments are calculated to send a message of support to friendly nations on Russia’s borders, analysts say. 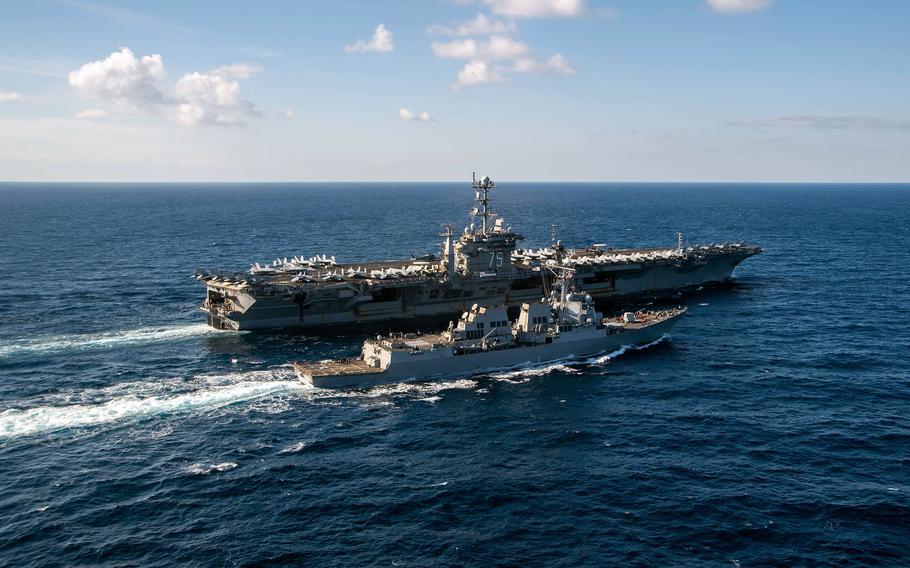 The USS Harry S. Truman carrier strike group arrived in mid-December as part of a long-planned deployment. Another four destroyers began operating in the European theater in mid-January and early February, the Navy said.

The destroyers — USS The Sullivans, USS Donald Cook, USS Mitscher and USS Gonzalez — were called from their U.S.-based homeports. The U.S. already has four destroyers based in Rota, Spain.

“These additional destroyers are being sent to provide additional flexibility to the European theater,” said Lt. Tyler Barker, a spokesman for U.S. 6th Fleet. “One of the unique values of naval forces is their mobility and ability to deploy for a range of contingencies and operations.”

Shortly before the destroyer deployments, Defense Secretary Lloyd Austin ordered the Truman to remain in the Mediterranean. The carrier strike group had planned to go to the Middle East, USNI News reported Dec. 28. Although the U.S. rarely announces submarine deployments, it also is common for carrier groups to have undersea support.

While the scale of U.S. ships deployed to 6th Fleet is impressive — including about 12 destroyers and at least one cruiser — it’s not without historical precedent, particularly considering the Cold War, said James R. Holmes, a professor at the Naval War College in Newport, R.I. 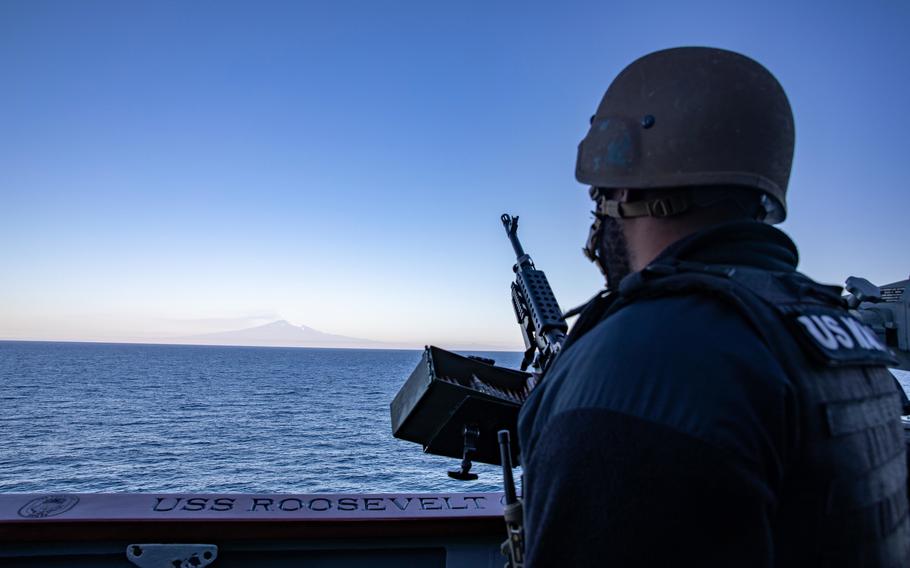 But the deployment of the four additional destroyers is unusual over the past 30 years, he said.

“That’s what will cause the political signal to stand out from all the noise,” Holmes said.

The din may get louder.

The Russian Defense Ministry recently announced it soon would send warships — some with Kalibr and hypersonic Oniks cruise missile capabilities — from its Caspian Sea flotilla to the Mediterranean and Black seas “to bolster the contingent of the Russian navy in these regions,” the Russian news agency Tass reported Monday.

That’s in addition to at least six Russian amphibious assault ships from the Baltic and Northern fleets that recently sailed through the Mediterranean before entering the Black Sea last week for military exercises.

A Russian Kilo-class submarine armed with Kalibr cruise missiles and a patrol ship also entered the Black Sea this week, according to the Istanbul-based ship watching site Turkishnavy.net.

Meanwhile, more than 15 warships, including at least two missile cruisers, and more than 30 aircraft were participating in drills in the eastern Mediterranean, Tass reported Tuesday.

The drills are part of worldwide exercises planned in January and February, the Russian Defense Ministry said last month.

U.S. and NATO allies said earlier this month that their Russian counterparts have conducted themselves professionally at sea. But on Wednesday, CNN reported that a Navy P-8 maritime patrol plane had a “very close” encounter with multiple Russian jets, which U.S. officials described as unsafe.

The level of overall naval activity in the region may increase the chances of miscalculation, Holmes said.

“These are cramped and dangerous theaters for naval forces, which thrive on open-ocean maneuvering,” Holmes said. “That’s even more true as long-range precision anti-ship weaponry proliferates. Seldom are ships out of reach of shore-based missiles and aircraft.”

Over the weekend, the Truman, along with the Norwegian frigate Fridtjof Nansen, visited Split, Croatia, the Navy said Saturday. The Gonzalez was among the destroyers listed as part of the carrier strike group, according to the Navy.

That visit came after the Truman sailed with the French Charles de Gaulle and the Italian Cavour carrier strike groups. The destroyer USS Ross, based in Rota, was sailing with the French carrier earlier this month.

The three carrier strike groups sailing together in the Mediterranean not only was very unusual but also a significant show of NATO power, said Sebastian Bruns, the inaugural McCain Fulbright scholar in residence at the U.S. Naval Academy and a maritime expert with the Center for Strategic and International Studies.

“The Mediterranean is shaping up to be a hot spot,” Bruns said. “We have not seen the last of Russia’s attempts to gain a foothold in that region.”