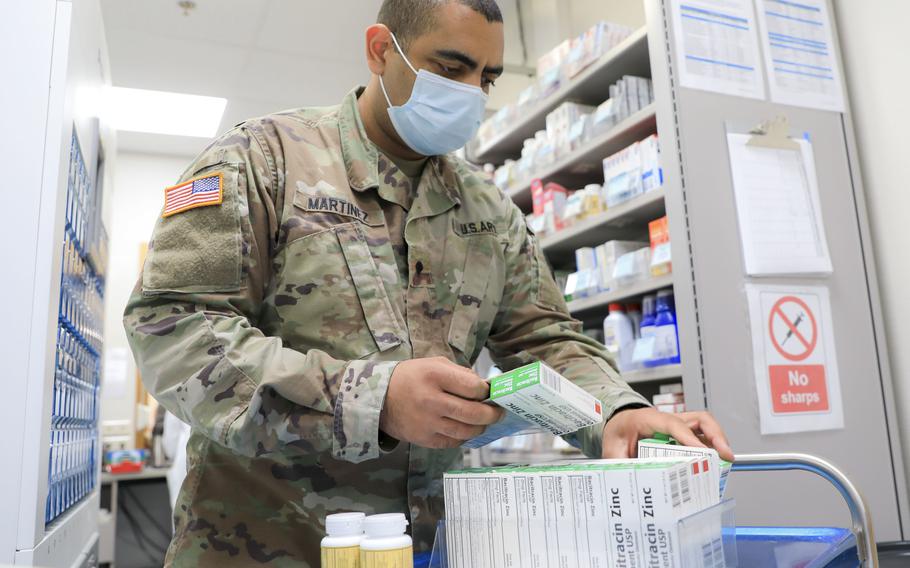 RAMSTEIN AIR BASE, Germany — Prescriptions can be picked up at the first joint Air Force-Army pharmacy overseas, but only on Saturdays for now.

The Ramstein Clinic Satellite Pharmacy began limited hours late last month on the top floor of the Kaiserslautern Military Community Center, next to the movie theater.

“A space analysis showed the clinic pharmacy was about half as large as it was supposed to be to support the volume and the manning that we have,” Bourne said. 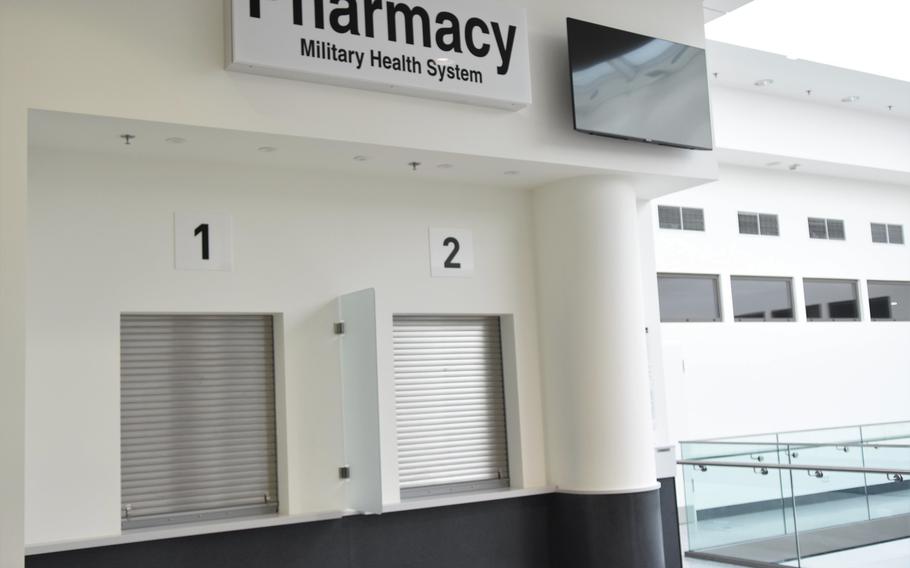 Prescriptions from base clinics and off-base providers across Germany can be filled at the new Ramstein Clinic Satellite Pharmacy. The pharmacy opened is on the top floor of the Kaiserslautern Military Community Center at Ramstein Air Base, Germany. (Jennifer H. Svan/Stars and Stripes) 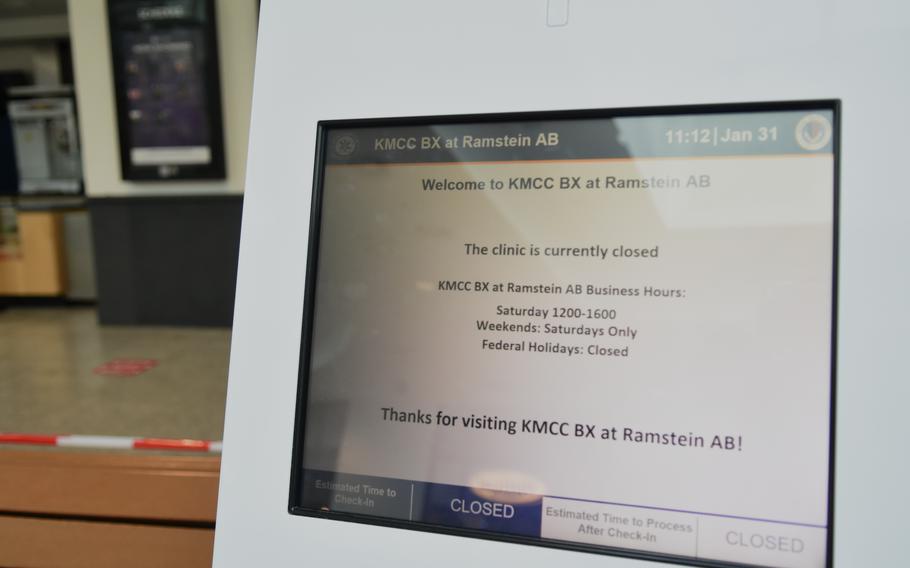 A kiosk outside the new Ramstein Clinic Satellite Pharmacy shows customer wait times during opening hours. The clinic opened late last month on the top floor of the Kaiserslautern Military Community Center at Ramstein Air Base, Germany. For now, its open only on Saturdays but hours are expected to be expanded. (Jennifer H. Svan/Stars and Stripes)

In the long term, it will supplement the pharmacy at the military hospital being built on Rhine Ordnance Barracks, which is slated to open in late 2027. It will replace Ramstein’s medical clinic and Landstuhl Regional Medical Center, the largest U.S. military hospital overseas.

While waiting for a prescription to be filled, “you can go down to the food court, have lunch, shop, go to the movies and then come back and pick up your prescription,” she said.

The base also recently opened a cough, cold and allergy clinic, Monday to Friday, from 8 a.m. to 10 a.m., for Tricare-eligible patients 16 and up, in Building 2121. Patients do not need to have a COVID-19 test prior to arriving, officials said.