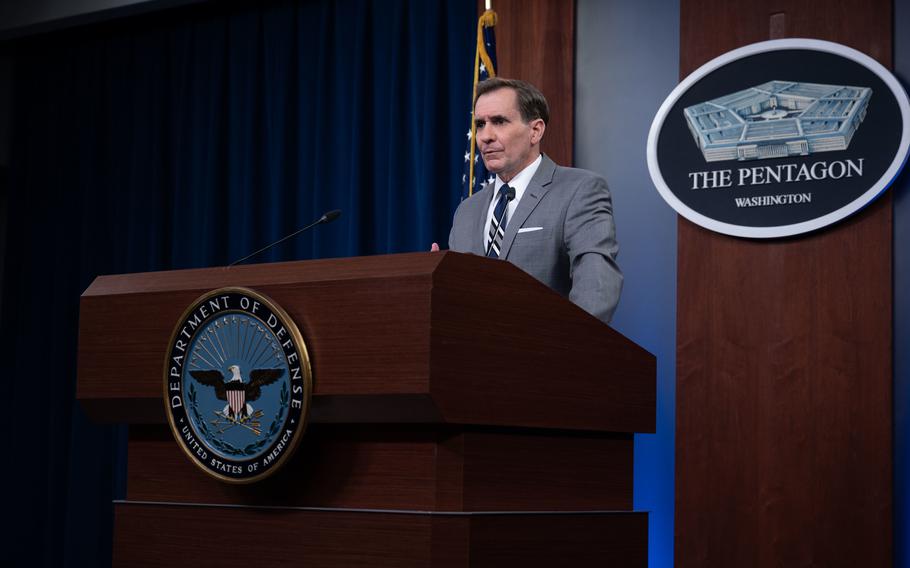 “He can execute some of those options imminently,” Kirby said on “Fox News Sunday.” “Imminent means it could happen really, honestly, at any time. It depends on what Vladimir Putin might want to do.”

The U.S. and its allies are seeking to step up military and diplomatic pressure on Russia after the Kremlin massed an estimated 100,000 troops near Ukraine and scheduled military exercises next month in Belarus, which also borders Ukraine. Russia denies it’s planning to further invade Ukraine.

Putin “could something on a small scale, he could do something on a fairly large scale,” Kirby said Sunday. “And he continues to add troops to that border with Ukraine. We’re watching that even over the course of this weekend.”

President Joe Biden has said he’ll send U.S. troops to Eastern Europe, though “not a lot” of soldiers would be involved “in the near term.” He didn’t elaborate in brief comments to reporters on Friday. Diplomacy next moves to the United Nations Security Council, which the U.S. has asked to take up Russia’s encroachment on Ukraine on Monday.