Better trained, better equipped: What you should know about Russia and Ukraine’s militaries 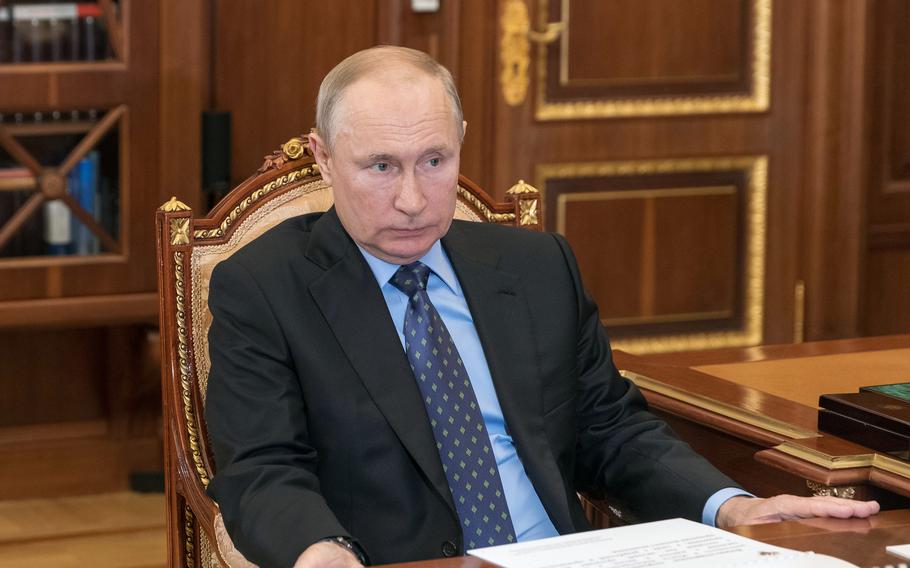 WASHINGTON (Tribune News Service) — This time, it won't be so easy.

Russia had no problem getting past Ukraine's military forces when it orchestrated a bloodless takeover of the Crimean Peninsula in 2014. Russian President Vladimir Putin even boasted that not a single shot was fired during the assault.

"They are not what they were in 2014," said Jim Townsend, a former U.S. deputy assistant secretary of defense.

While Russia is still the superior military power and would almost certainly prevail, Ukraine's defense forces could inflict significant damage on Russian troops, according to an analysis by the Atlantic Council, a non-partisan think tank based in Washington.

"In collaboration with reservists, civil society, and volunteers, they can make any attempted invasion a miserable experience for Russia," the group concluded in a report last month.

How big is Ukraine's military?

How big is Russia's military?

Russia has more than 1 million active-duty personnel, more than four times Ukraine's force strength. Russia also has 378,000 reserve personnel and 250,000 paramilitary troops that it could call up in a conflict with its neighbor.

Who has the most weapons?

Who is sending weapons to Ukraine?

The U.S. has already spent billions of dollars to help Ukraine build up its military defenses, an investment that's likely to escalate dramatically if Russia invades.

Though President Joe Biden has said the U.S. would not send troops to help defend Ukraine against Russian forces, he said the U.S. probably would send more American forces to other European countries, including Poland and Romania. The Pentagon announced on Monday it is putting 8,500 U.S. troops on "heightened alert" for possible deployment to Eastern Europe amid the crisis.

And last week, the White House said it will give an additional $200 million in defensive military equipment to Ukraine. The package reportedly includes anti-armor missiles, ammunition and other items.

The U.S. is sending weapons to Ukraine through third-party transfers, in which NATO members provide U.S.-made weapons. The transfers include javelin anti-tank weapons from Estonia, stinger air defense systems from Lithuania and Latvia and anti-tank missiles from the United Kingdom.

How is Ukraine's military different from 2014?

Ukraine was completely unprepared for war when Russia invaded Crimea in 2014.

Its armed forces were not manned, equipped or trained to meet Russian aggression, and its logistic stockpiles were essentially non-existent, with the exception of weapons and ammunition mostly from the Soviet period, according to the Atlantic Council.

Ukraine has made modernizing its military a priority over the past seven years, but decades of neglect have been difficult to overcome, the council reported.

Ukraine's military still has several strategic vulnerabilities, including gaps in key operational and combat capabilities. Corruption remains a problem, funding is limited because of the general economic conditions in the country, and many important weapons purchases have been placed on the back burner — not because of a lack of will but because of a lack of funding, the council's analysis concluded.

So how long could Ukraine hold Russia off?

It's hard to say.

Russia would probably attack Ukraine from different directions, forcing Ukraine to split up its forces to confront the advancing troops, Townsend said.

"They're going to have to defend Ukraine from a number of different avenues of approach," he said, "so it just makes their inferiority even worse because they're going to be thin."

On top of that, Russia would likely engage in cyberattacks against Ukraine's military and civilian society, which from the outset could degrade the country's electrical grid and telecommunications systems, Townsend said.

"I don't think you're going to see the Ukraine being able to stop the Russians for a long period of time," he said.