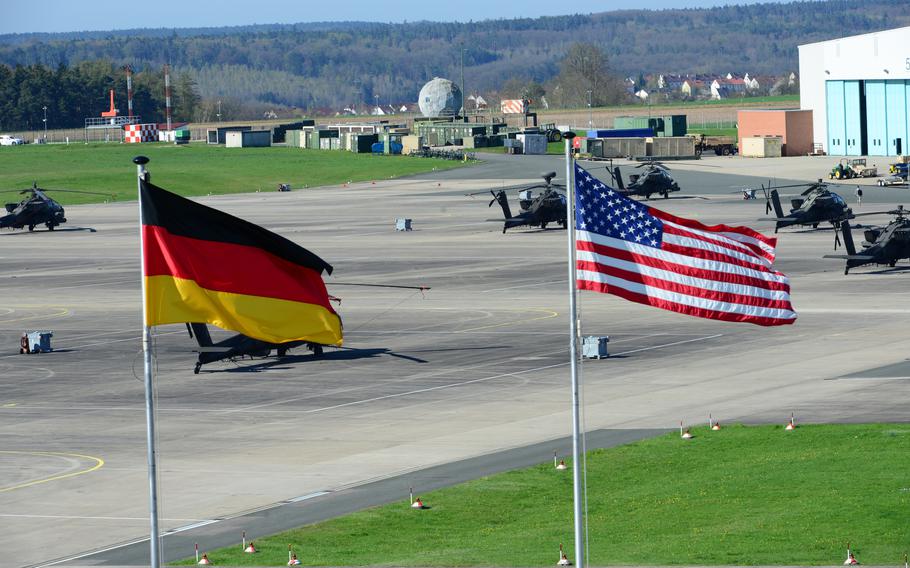 STUTTGART, Germany— Tax collectors in the city of Ansbach this week dropped a demand that a military family turn over American income records for inspection, marking a reversal in a case that sparked concerns a contentious German tax collection scheme was expanding.

“I can’t even tell you what weight dropped off my shoulders when I read that letter,” said Sandra Johnson, the spouse of a Defense Department civilian based in Ansbach.

Earlier this month, Johnson received a questionnaire from the Ansbach finance office that caused alarm: officials wanted details about her family’s plans for staying in Germany, how long they intended to stay and for her to submit her husband’s U.S. tax records for examination. Such letters have been used in the German state Rheinland-Pfalz to open tax cases against U.S. military personnel and DOD civilians despite a NATO treaty that is intended to put military pay off limits.

The U.S. government has objected to attempts to impose German taxes on personnel with a military visa, calling such efforts a violation of the NATO Status of Forces Agreement. But despite that opposition, the U.S. has so far failed to stop German tax collectors, who in some cases have levied six-figure sum tax penalties against personnel, frozen bank accounts and confiscated property during collection disputes.

But on Tuesday, Johnson got good news in the mail: a short letter from the Ansbach office that said it was withdrawing its Oct. 5 request for U.S. tax information from the family and a joint assessment of their family income.

It’s not clear how the Johnsons came to be targeted in the first place. Johnson, a German citizen who works as a contractor in Ansbach, filed her German taxes singly rather than jointly as allowed by German law. The U.S. military advises German spouses of personnel to file singly to avoid attracting the attention of local finance offices.

Still, Johnson somehow fell on the Ansbach office’s radar. Johnson said she was told by a finance official in Wiesbaden, where her taxes were first filed, that “for some unknown reason it transmitted as married jointly” when they were sent to Ansbach.

In other parts of Germany, Americans have been less lucky than Johnson. Tax cases against U.S. personnel have popped up in the states of Hessen — home to U.S. Army Europe and Africa headquarters — and in Baden-Wuerttemberg, where U.S. European Command is based.

But most cases are concentrated around the greater Kaiserslautern area in Rheinland-Pfalz, where tens of thousands of U.S. personnel are based. In particular, tax collectors in the vicinity of Ramstein Air Base have been the most aggressive with about 400 tax cases against military-affiliated personnel as of last year.

German tax authorities have argued that U.S. personnel must be in Germany “solely” for their jobs to avoid being taxed. Factors such as marrying a German, owning property or extending tours have been viewed by finance offices as proof of ulterior motives for being in Germany, making Americans potentially taxable.

For now, the state of Bavaria appears to one of the safer enclaves for U.S. personnel, where there have been few reports of tax difficulties.

Earlier this year, Vilseck mayor Hans-Martin Schertl told Stars and Stripes it was unheard of to try and collect taxes from troops and military civilians in his town, which is home to the Army’s 2nd Cavalry Regiment.

“It seems that this problem does not exist in our area,” he said.