LONDON — Britain’s defense ministry is investigating a data breach that disclosed the emails of dozens of Afghan interpreters who worked with British forces and were looking for a way out since the Taliban takeover.

Many are still in hiding in Afghanistan and hoping to get to Britain, the BBC reported.

The ministry apologized on Tuesday for what Defense Secretary Ben Wallace described as “an unacceptable breach.”

“We apologize to everyone impacted by this breach and are working hard to ensure it does not happen again,” a spokeswoman for the ministry said in response to questions from The Washington Post, confirming the investigation.

An email from the ministry open-copied more than 250 Afghans who need help to relocate by accident, reportedly showing their names, email addresses and some of their pictures to all recipients.

Many — though it remains unclear how many — did not make it out in a massive military operation marked by violence and harrowing images last month, when U.S. forces and their allies evacuated tens of thousands of foreigners and Afghans. Some Afghans who remained have feared reprisal for working with Western forces during 20 years of conflict or for their human rights work.

While British jets airlifted some 15,000 people in a little over two weeks, the armed forces minister said on Monday it would “take some time for the dust to settle on exactly who is out” and who is not, but that the government was still working to help them.

The mass email under scrutiny came from the team running relocations from Afghanistan, which was in touch with the interpreters after the Taliban seized control of the country last month.

It warned the interpreters not to move if it was not safe to do so and promised to help them, the BBC report said. In a second email half an hour later, the defense ministry asked recipients to urgently delete the last message and recommended the interpreters change their email addresses.

The ministry did not comment on the content of the emails and has advised the people involved on what to do about the potential risks.

But lawmakers in Britain urged the government on Tuesday to bring the Afghans to safety.

“We told the Afghans who helped our British forces that we would keep them safe, but this data breach has needlessly put lives at risk,” said John Healey, an lawmaker from the opposition Labour Party and shadow defense secretary.

The chaotic evacuations out of Afghanistan led to sharp criticism of British government officials — chief among them Dominic Raab, the former foreign secretary who was vacationing on a Greek island when the militants marched on Kabul. He also faced questions when British embassy workers fleeing the capital left behind documents identifying the names of Afghan staffers, who were later flown out of the country.

Former veterans minister Johnny Mercer accused the Home Office of “a criminally negligent performance” in its treatment of British allies left behind in Afghanistan.

Another Conservative member of Parliament, Tobias Ellwood, who welcomed Tuesday’s probe into the email gaffe, also called for a fast-track plan to get the allies out in any way possible. “Each day they remain in the country the risk of the Taliban catching up with them increases,” he said. 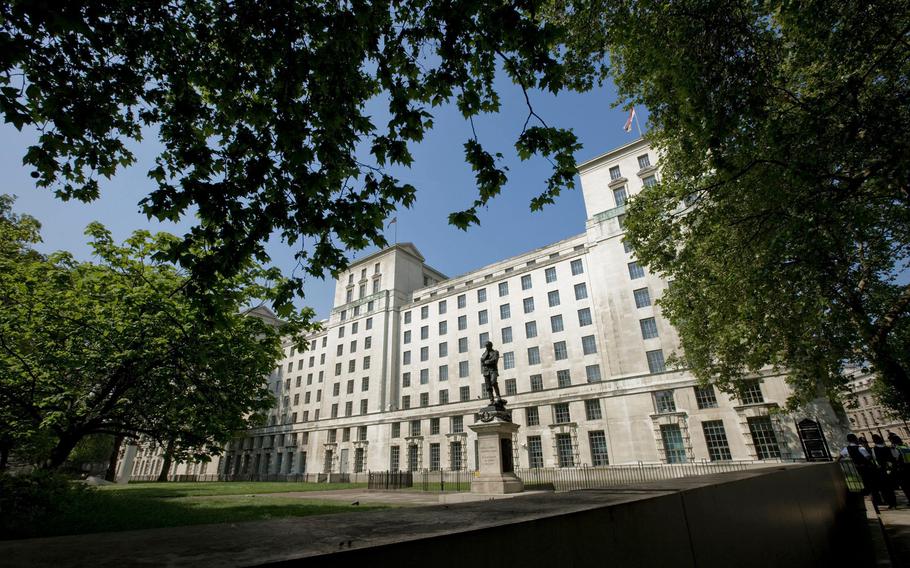