‘Invisible behind their bases’: Security after 9/11 changed the way American troops interact with Germans 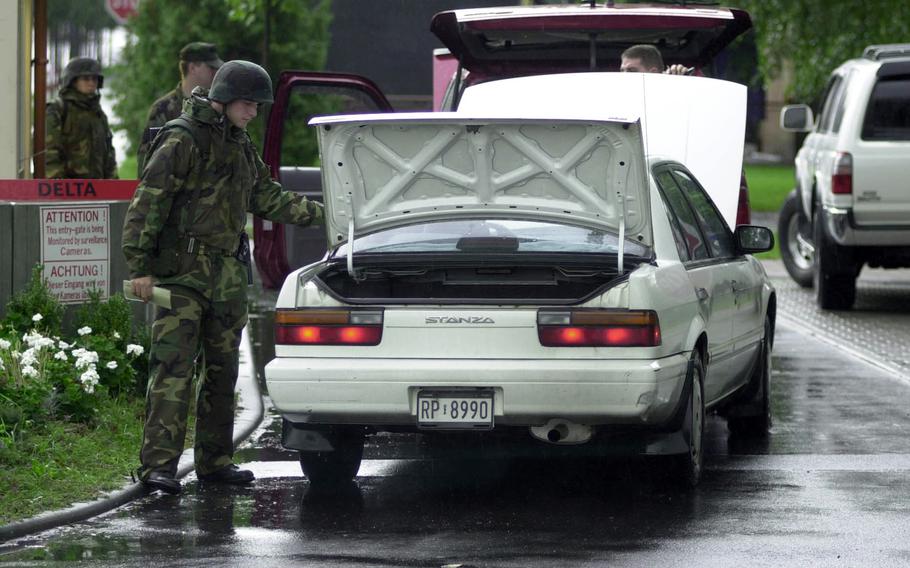 Buy Photo
Members of the 469th Security Forces Flight search a vehicle at Rhein-Main Air Base, Germany on Sept. 12, 2001. Every vehicle entering the base was inspected as U.S. forces worldwide remained at Threat Condition Delta, the highest level of alert, after the 9/11 terrorist attacks on New York and Washington, D.C. Many of the security measures implemented in 2001 are still in place today. (Stars and Stripes)

STUTTGART, Germany — Before 2001, German citizen Michael Weissenborn could take his U.S. Army-issued library card onto Patch Barracks in Stuttgart to check out books, mingle with American troops and feel a connection to a military community that was part of local life for generations.

The 9/11 attacks changed much of that, he said.

“In the old days, it was just so much easier to interact with U.S. soldiers. Now, it feels like they almost want to be invisible behind their bases,” said Weissenborn, who works as a reporter for the Stuttgart Nachrichten newspaper. “It feels like alienation.”

Twenty years after al-Qaida terrorists flew airplanes into the World Trade Center and the Pentagon, American troops are out of Afghanistan.

But over two decades, the attacks changed everything for the U.S. military, which deployed hundreds of thousands of troops for the so-called Global War on Terror.

Not only did 9/11 change how the military fights, but it also changed how troops live and interact in the overseas communities where they reside.

A legacy that remains in place today and will continue to be a fact of military life for years to come in Europe: heavily fortified bases that resemble nothing like the relatively easy-access installations of the pre-attack era.

William Butler, U.S. European Command’s historian, said security was always on the mind of commanders in Europe, who dealt with various terrorist threats dating back to the 1970s.

But the scale of the attacks on 9/11 meant the military was forced to take stronger measures, he said. As a result, that meant fewer base open houses and special events that put Germans in closer contact with American personnel.

“The perception, from the host nation side, is that their access was greatly restricted, and I think that was true,” Butler said. “9/11 did change that.” 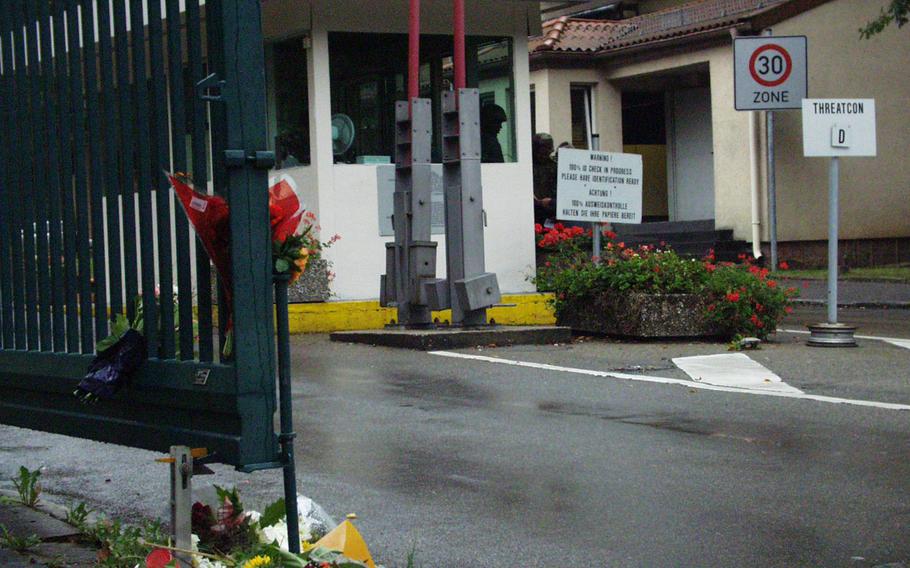 Buy Photo
Residents of Stuttgart, Germany, place flowers and a prayer candle outside the gate of Kelley Barracks on Sept. 12, 2001. Following the 9/11 attacks, security was tightened at U.S. bases worldwide, and many of the measures are still in place today. (Stars and Stripes)

Immediately after Sept. 11, 2001, military bases made unprecedented boosts to security.

Before then, parts of many bases in Germany were open to the public. Garrison housing facilities were generally wide open, without fencing or restrictions. Even Landstuhl Regional Medical Center could be accessed by the public, since no ID checks were enforced.

The looming threat of possible attacks on bases demanded such changes, which had started to take effect even before Sept. 11, 2001. 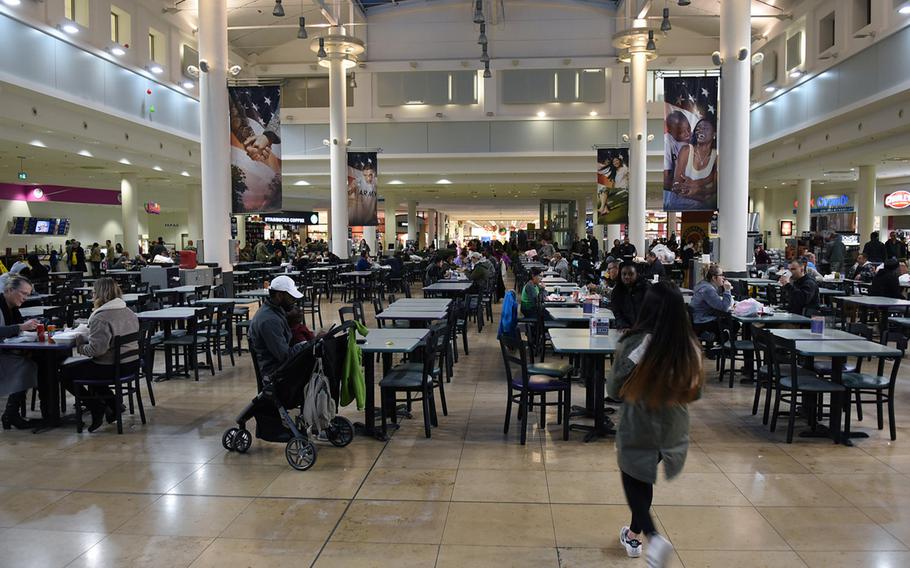 Buy Photo
The food court at the Kaiserslautern Military Community Center on Ramstein Air Base, Germany, in 2017. Following the 9/11 attacks, the U.S. military invested heavily in improving on-post amenities in Europe, which resulted in on-base mini-Americas. (Jennifer H. Svan/Stars and Stripes) 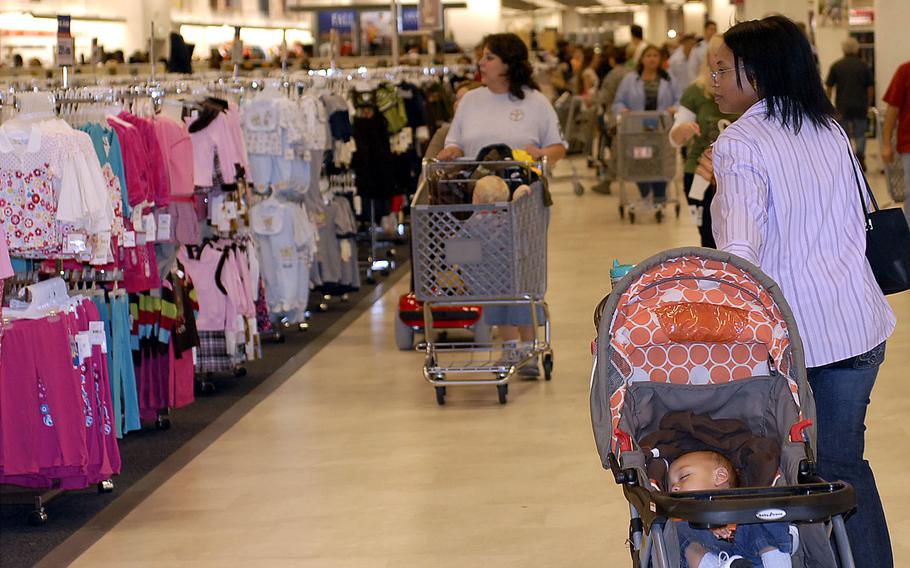 The 1998 attacks on two U.S. embassies in Africa were a precursor of more enhanced security at bases in Europe. For example, that’s when fencing first went up around Army housing at Vogelweh Military Complex in Kaiserslautern.

“The two embassy bombings in ’98, I think that changed life,” recalled Mike Goff, who was in the Air Force at Ramstein Air Base and is now a retiree in the area.

At the time, Vogelweh and Pulaski Barracks were open to Germans, who often used those military neighborhoods as traffic shortcuts, Goff said.

“When they started coming up with the fencing, the Germans, they got a little upset, but they had to understand it was U.S. government property,” he said.

There were other shifts, too. Security concerns meant less German access to private clubs on base.

“That seemed to change the relations,” Goff said. “We wouldn’t see our German friends come to the Ramstein rodeo, for example. The Germans loved that stuff.”

Over the years, the military has always adjusted security depending on world events. But after 9/11, the big gates and armed guards at base entry points never went away. 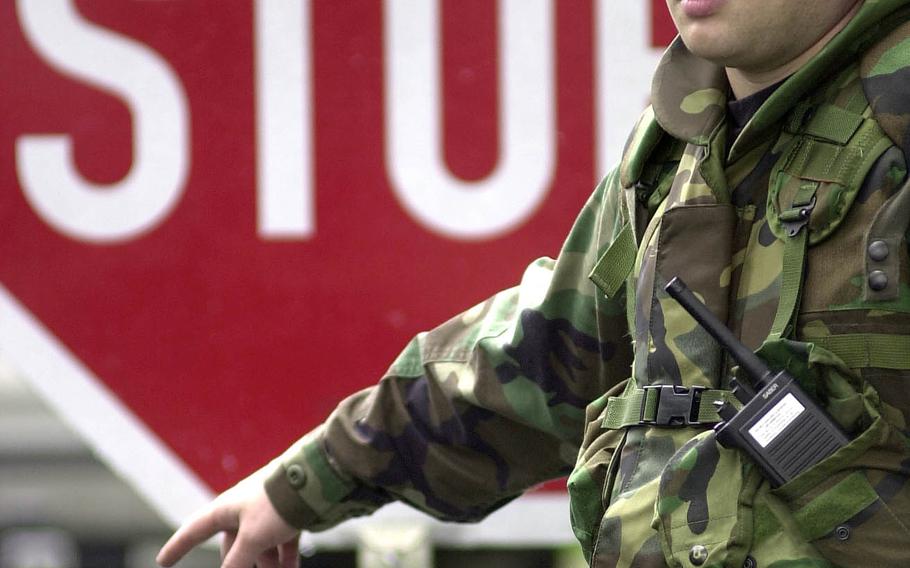 Buy Photo
An airman from the 469th Security Forces Flight directs cars approaching Rhein-Main Air Base, Germany, to stop for a search on Sept. 12, 2001. (Stars and Stripes)

In the years after the attacks, the military also invested heavily in improving on-post amenities in Europe, which resulted in more mini-America accoutrements. With more fast-food restaurants and base shopping malls, troops increasingly had the option of hunkering down during Europe assignments.

Weissenborn said that during the Cold War and up until the terrorist attacks, friendly encounters between Germans and Americans were more common.

“Now, there is no concerted effort of reaching out,” he said. “And that goes for both sides.”