by
Marcus Kloeckner and Karin Zeitvogel
• Stars and Stripes • July 21, 2021 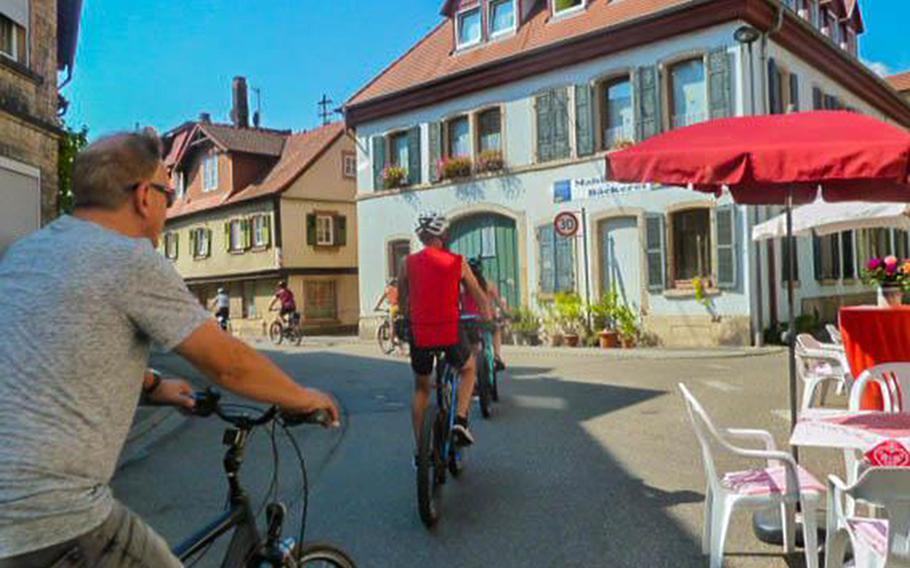 Buy Photo
Cyclists ride up a hill as they leave Bad Duerkheim, Germany, on Weinstrasse Experience Day on Aug. 25, 2019. The event, which was expected to attract some 400,000 visitors this year, has been canceled because of the coronavirus pandemic. (Karin Zeitvogel/Stars and Stripes)

KAISERSLAUTERN, Germany — Months after the cancellation of the Oktoberfest dashed beer lovers’ hopes of downing frothy pilsners in crowded tents in Munich this fall, the world’s largest wine festival, the Wurstmarkt in Bad Duerkheim, has also been called off because of the coronavirus.

“The Wurstmarkt as we know and love it cannot be held this year,” Bad Duerkheim Mayor Christoph Glogger said in a statement released this month. “Anyone who’s been to the Wurstmarkt knows that there is a closeness between people at the event that is unthinkable in coronavirus times.”

The festival usually brings some 685,000 visitors to the fairground of the town, about 45 minutes east of Kaiserslautern, in September to sip wine and eat sausages at long tables.

This year is the second in a row that it won’t happen. No events will take place at the fairground, known as Wurstmarkt Place, but town officials are working on developing “smaller event formats” that can be held in the city center, officials said in a statement, without going into detail. 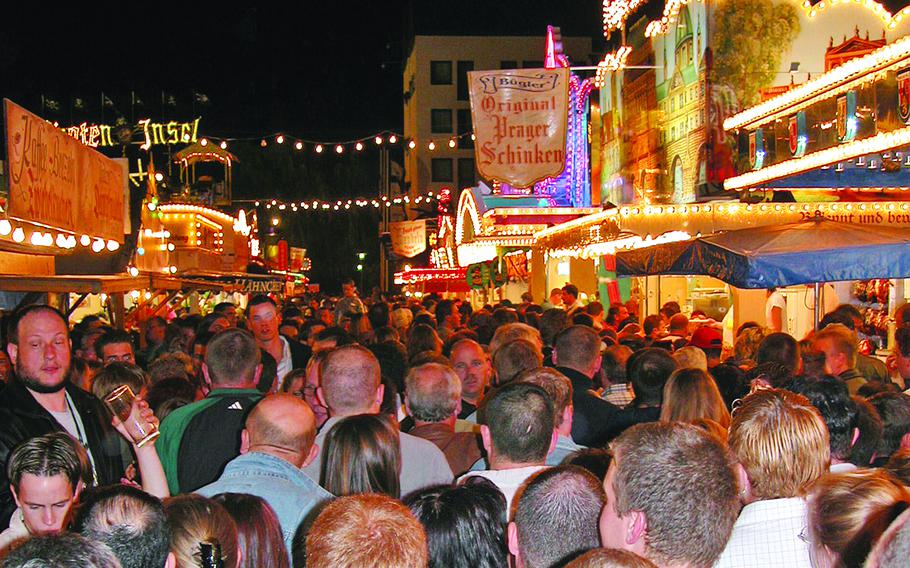 Buy Photo
The Wurstmarkt in Bad Duerkheim, Germany, which the organizers say is the largest wine festival in the world, has been canceled for the second year in a row because of the coronavirus pandemic. (Stars and Stripes) Buy Photo
Visitors to Germany's Wurstmarkt festival in Bad Duerkheim sing along with a traditional oompah band. The Wurstmarkt, which the organizers say is the largest wine festival in the world, has been canceled for the second straight year because of the coronavirus pandemic. (Stars and Stripes)

“Not having the Wurstmarkt is a bitter loss — we sell a lot of wine at the festival,” said Jan Eymael, the owner of Pfeffingen winery.

“It throws our plans in disarray because we make wines specially for the Wurstmarkt, and hold some back just for the festival,” he said. “Those wines have to get to clients another way, which means greater expense for us.”

Like other local vintners, Eymael will hold a smaller-scale wine festival at Pfeffingen winery, showcasing new wines. The festival will run for four weeks, starting September 24, he said.

The Egon Schmitt winery is also stepping in to fill the gap left by the cancellation of the Wurstmarkt, and will welcome some 300 guests a day to an event in mid-August. Guests will be able to try white, red and sparkling wines and dine on local dishes, said Egon Schmitt, the namesake proprietor of the winery. Buy Photo
Cyclists and pedestrians crowd the streets of Bad Duerkheim, Germany, on Weinstrasse Experience Day, Aug. 25, 2019. The free bike ride and other events, which usually happen the last weekend of August, have been canceled this year because of the coronavirus pandemic. (Heather Benit/Stars and Stripes)

A bike ride and running races in August along the Weinstrasse, which goes from Wissembourg in France through Neustadt and Bad Duerkheim to Bockenheim, have also been canceled this year because of the coronavirus, organizers said.

With some 400,000 people expected at the Weinstrasse Experience Day, held on the last weekend in August, it would have been impossible to ensure that social distancing rules were respected, they said.