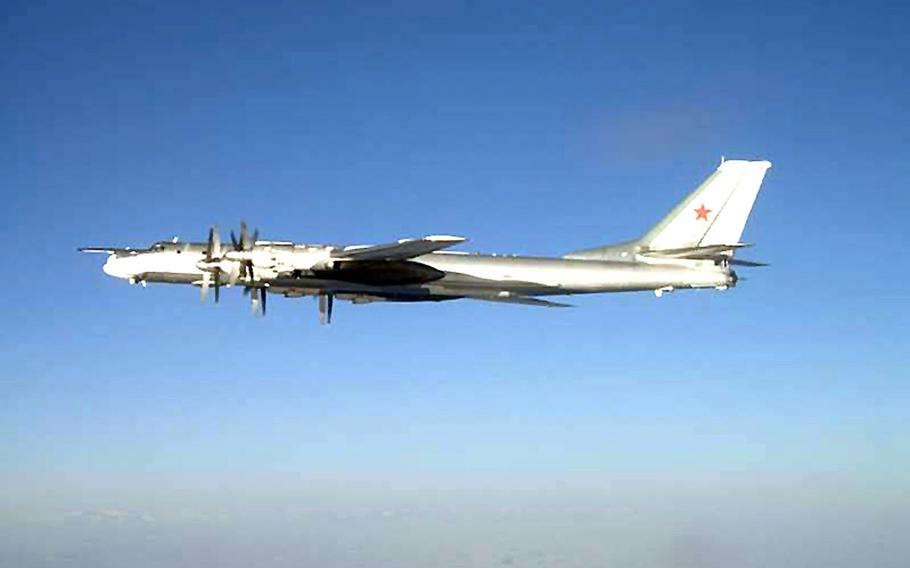 A Russian Tu-95 Bear long-range bomber in an undated photo. U.S. and NATO bases in Europe could be vulnerable to low-yield nuclear attack in the event of conflict with Russia, a new Rand Corp. report says. (U.S. Navy)

STUTTGART, Germany— In the event of a war with Russia, Moscow could use its arsenal of low-yield nuclear weapons to destroy key bases in Europe, neutralizing the U.S.-led NATO alliance’s conventional military edge and possibly delivering a defeat to allies wary of a larger nuclear escalation, a new research report cautions.

“Although the overall military power of the United States and the NATO alliance vastly outstrips that of Russia, a regional conflict close to Russia’s borders would pose enormous challenges and could result in defeat for the West,” according to the study by the nonpartisan Rand Corp., which examined the nuclear implications of a war with Russia. 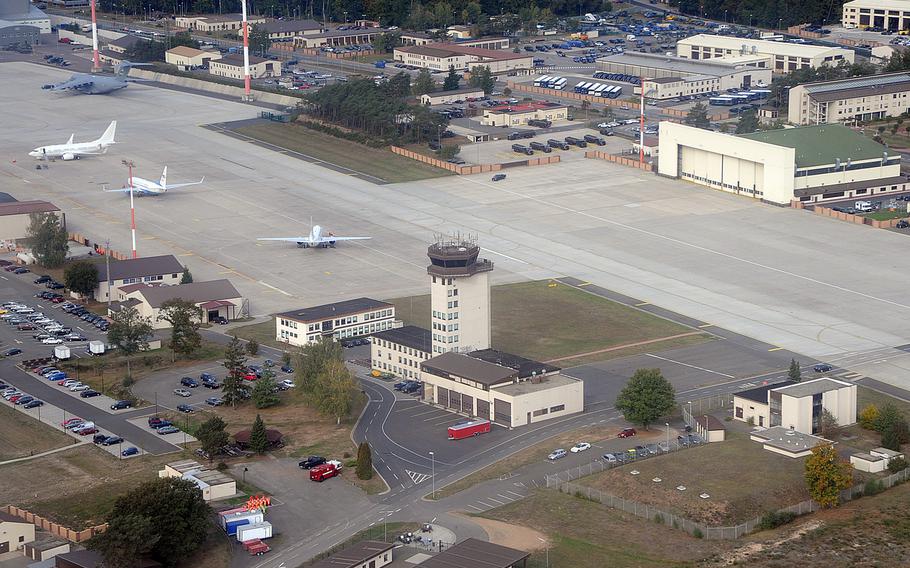 Buy Photo
U.S. and NATO bases in Europe, such as Ramstein Air Base, could be vulnerable to low-yield nuclear attack in the event of conflict with Russia, a new report says. (Michael Abrams/ Stars and Stripes)

The Pentagon has made countering Russia, along with China, a focal point of its strategy over the last few years.

In Europe, much of that focus has been on boosting U.S. and allied forces in places like the Baltics and Poland. But Russia maintains an edge in conventional firepower along NATO’s eastern flank, which would likely give it an advantage in the early stages of a conflict before allies assembled a larger force.

Over the past several years, Western security analysts and U.S. military officials have emphasized the importance of reinforcing NATO’s position in the east to deter potential Russian aggression.

But less attention has been given to the alliance’s vulnerabilities should a conflict with Russia in Europe turn nuclear, the Rand report said.

“Any conventional conflict with Russia will have to be fought in a way designed to limit the risk of nuclear escalation, which might constrain NATO from employing its full capabilities,” it said. “Russia’s arsenal of (non-strategic nuclear weapons) and its potential employment of limited nuclear options also poses a vitally important puzzle for U.S. and NATO officials.”

During the Cold War, the threat of mutually assured destruction was considered fundamental to the notion that the U.S. and the Soviet Union would never use high-yield strategic nuclear weapons against each other. Both sides also had lower yield tactical nuclear bombs that could be used for a more limited effect against battlefield targets.

However, since the collapse of the Soviet Union, the U.S.-led NATO alliance has expanded to incorporate areas previously occupied or aligned with the Soviets, while Russian military positions have mainly been reduced to the homeland.

At issue isn’t a “capability gap” with Russia, which has an estimated 2,000-6,000 nonstrategic nuclear bombs, but rather a “vulnerability gap” because of a lack of viable Russian targets, Rand said.

“Although NATO is vulnerable to Russian (nonstrategic nuclear) attacks … a NATO attack on Russian territory is liable to be much more escalatory than a Russian attack on targets in a non-nuclear NATO state such as Germany or Italy,” Rand said.

The United States has about 500 nonstrategic nuclear weapons, with around 200 deployed on aircraft in Europe, a Congressional Research Service report in March said. But adding to the arsenal would do little to offset Russia’s targeting advantage, the study warned.

“Although at present the Russian government appears to have little appetite to challenge NATO by exploiting this local advantage, the possibility that Russian leaders will be tempted to do so in the future cannot be ruled out,” according to Rand, which said “that limited nuclear warfighting options might appear attractive to Russian decisionmakers during an extreme crisis.”

The U.S. and NATO should take steps to reduce its vulnerability by hardening bases in Europe, adding more conventional deterrents and developing better active defense systems, the report recommended.

Allies also should consider dispersing more forces and “try to reduce reliance on unique, high-value facilities that could be targeted by Russian precision strike weapons.”

“The possibility of escalation to nuclear use will cast a shadow over any military confrontation between Russia and NATO,” it said.

Russia’s top military official on Wednesday said the use of nuclear weapons was justified to defend against any existential threat to the homeland.

“Russia reserves the right to use nuclear weapons in response to the use of nuclear or other mass destruction weapons against it or its allies, or in case of aggression against Russia with conventional weapons that endangers the very existence of the state,” Gen. Valery Gerasimov said in Russian state media.