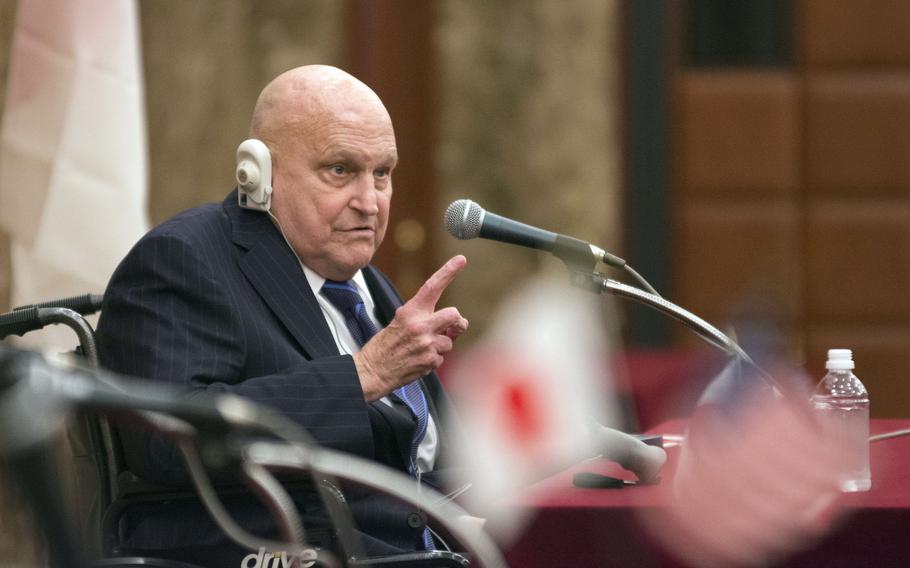 TOKYO — Chinese aggression toward Taiwan could spur the United States to be less ambiguous about American support for the island, a former deputy secretary of state told an audience here Thursday.

President Joe Biden, who in September said U.S. troops would defend Taiwan if China invaded, “has his heart in the right place,” Richard Armitage, 77, who served under President George W. Bush from 2001 to 2005, said at the Japan National Press Club.

The White House later walked back Biden’s comments. It did the same after the president made a similar statement while visiting Japan in May.

“His team is a little frightened and that is why they keep walking back our president’s statements,” Armitage, a Navy veteran of the Vietnam War, told an audience of journalists, veterans and local dignitaries.

Tensions in the region spiked Aug. 3 when U.S. House Speaker Nancy Pelosi visited Taiwan on a broader Asian tour. The visit prompted China, which sees the self-governing island as a breakaway province that must be reunited with the mainland, possibly by force, to stage live-fire drills that encircled Taiwan.

U.S. officials might state some “clear U.S. red lines” if China continues bullying Taiwan, said Armitage, who arrived in a wheelchair but stood to acknowledge the audience. 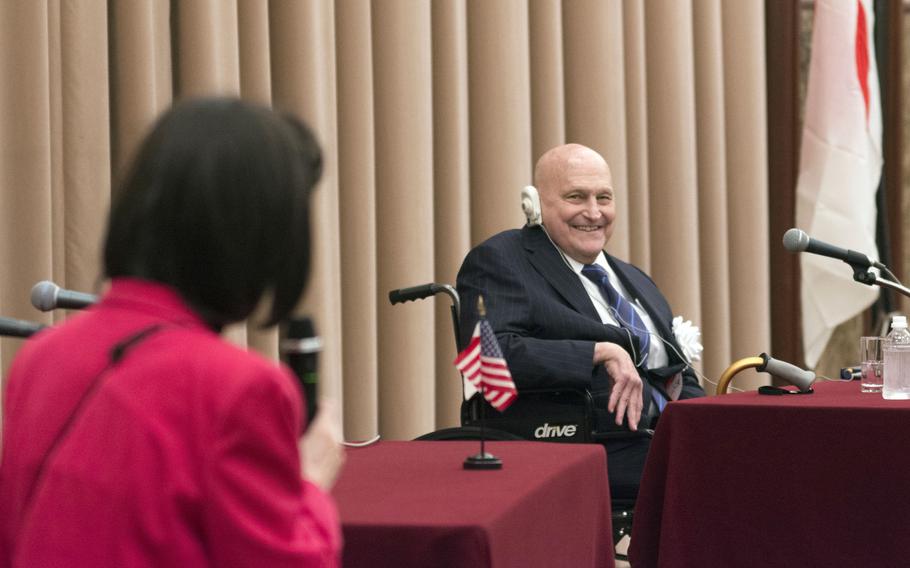 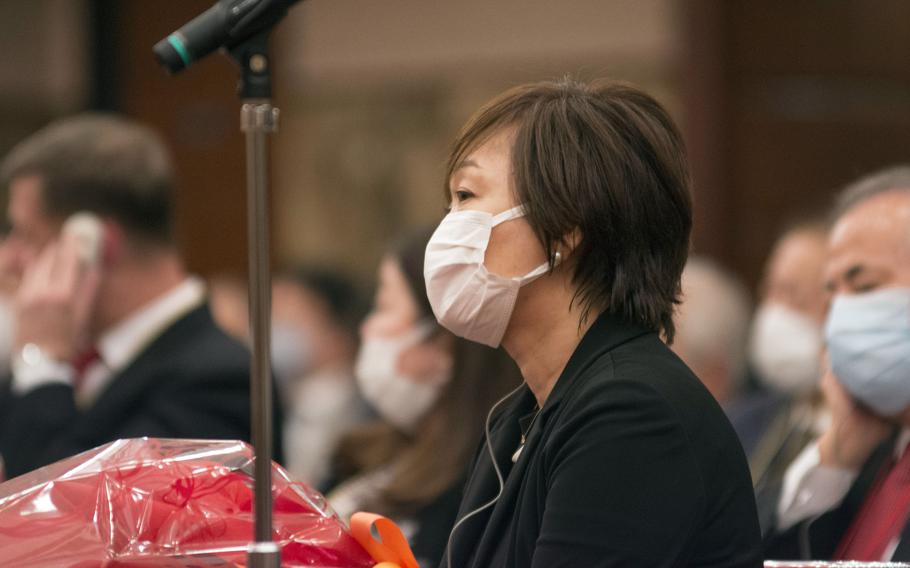 Under the “One China” policy, the U.S. acknowledges Beijing’s view that it has sovereignty over Taiwan, which split from the mainland in 1949, but considers the island’s status as unsettled.

Washington switched diplomatic recognition from Taipei to Beijing in 1979. The U.S., however, has continued to supply arms to Taiwan under the Taiwan Relations Act.

The U.S. has maintained “strategic ambiguity” about what military actions it would take in the event China moved to take the island by force.

Taiwan’s military is being modernized for asymmetrical warfare with drones, sea mines and capabilities to cut off Chinese communication and sensors in the event of conflict, he said.

“That does not mean China may not do it,” he said. “That’s why we need to be successful in Ukraine. We have to make sure an adversary realizes or thinks twice before they do something stupid.”

Armitage was sending a strong message to Beijing to back off Taiwan, according to Ralph Cossa, president emeritus of the Pacific Forum think tank in Hawaii.

“The Chinese don’t seem to understand that the more they threaten or harass Taiwan, the more the international community feels compelled to come to its assistance and declare its support,” he said in an email Thursday.

An all-out attack on Taiwan would clearly be a red line, Cossa wrote.

“It’s important that Beijing understands that seizing one of the outer islands or attempting a blockage or embargo would NOT be a so-called ‘gray zone’ operation but an act of war which would likely force the US to respond, at least politically and economically but, in all likelihood, militarily as well,” he said.

No Chinese planner contemplating an attack on Taiwan can factor the U.S. out, according to Cossa.

“Beijing must assume the US will respond; the only question is how,” he said. “I think it’s more important to demonstrate this commitment (through arms sales, on-site training, joint military exercises, etc.) than to publicly declare it.”

The problem with identifying specific red lines is that you invite an adversary to walk up to that point without crossing it, according to Brad Glosserman, deputy director and visiting professor at the Center for Rule-Making Strategies at Tama University in Tokyo.

“That's why they are ambiguous now, the US doesn’t want to tell the Chinese what it can get away with,” he said by email Thursday.

In Tokyo, Armitage noted the limited number of warships that the U.S. Navy could deploy to defend Taiwan, with up to a third of the fleet down for maintenance at any time and vessels needed in other part of the world. That’s why the U.S. needs allies, he said.

The vast distances across the Pacific mean military planners need to preposition weapons and equipment in Japan so that it can be quickly brought into the fight in a Taiwan or Korean contingency, Armitage said.

Akie Abe, the widow of former Japanese Prime Minister Shinzo Abe, who was shot dead while political campaigning July 8, was among those listening to Armitage. He was invited to speak by U.S.-Japan Link, a nonprofit that promotes ties between U.S. service members and Japanese people.