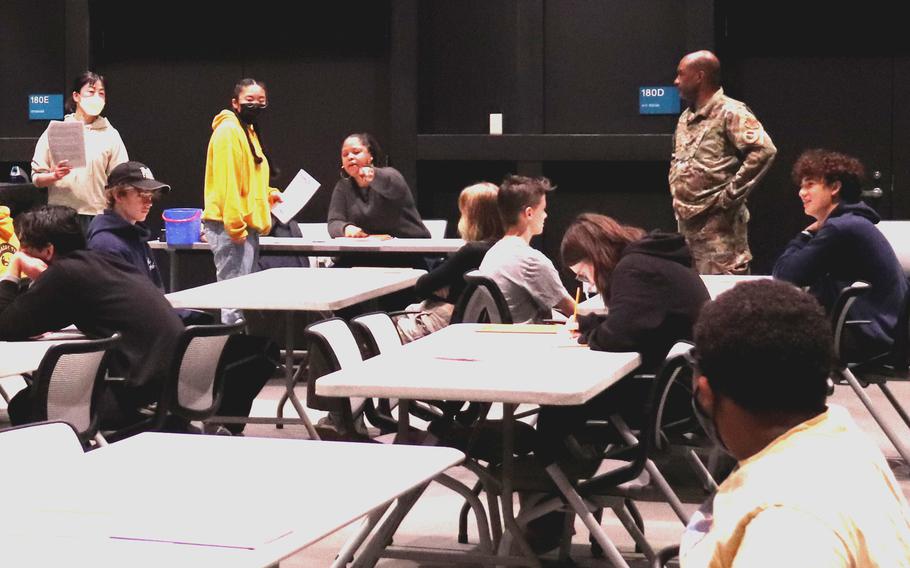 YOKOTA AIR BASE, Japan — A record 144 students at Yokota High School recently sat for a battery of tests to discover their career potential, according to the Defense Department school system in the Pacific.

The Armed Services Vocational Aptitude Battery Career Exploration Program identifies students’ skills and interests and provides them “an opportunity to explore career and post-secondary options as well as various college major and career field pathways,” according to a news release Wednesday from Miranda Ferguson, spokeswoman for Department of Defense Education Activity-Pacific.

Generations of service members are familiar with the ASVAB, a series of tests the military uses to match recruits with the jobs they’re best suited for. Similarly, the ASVAB Career Exploration Program, an aptitude test, provides students with possible matching careers, highlights their academic strengths and offers an “interest inventory,” along with career exploration tools that students can discuss with parents, according to the release.

The Career Exploration Program is a voluntary test sponsored by the Department of Defense, and although the results are available to military recruiters, students and their parents may opt out of that release, Ferguson said by email to Stars and Stripes on Thursday.

Last year, 116 students at Yokota High in western Tokyo took the test battery, but this year another 28 signed on for a record number of test-takers at the school, she said.

Nearly three-quarters, or 72%, of eligible students in grades 10 to 12 took the test this year, according to the release.

“The test was offered on four separate days to ensure all interested students had the opportunity to participate,” Ferguson said Thursday.