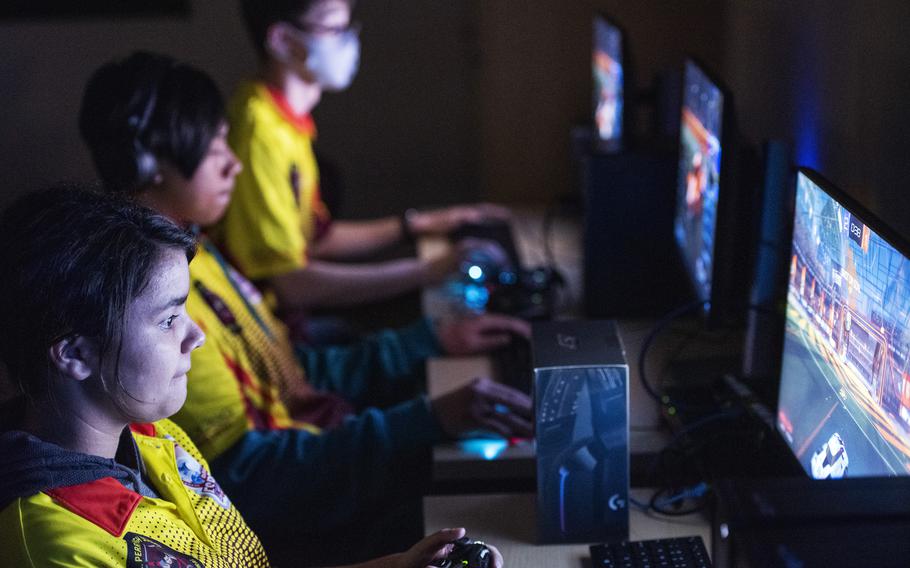 MARINE CORPS AIR STATION IWAKUNI, Japan — Students at Defense Department schools in Japan, South Korea and Guam are logged on to compete in their first season as varsity esports athletes.

Trinity Downing, 17, a senior at MCAS Iwakuni’s Matthew C. Perry High School, said she is excited to be a part of an esports team. A cheerleader and drama club member, Downing is also the Samurai esports team captain.

“Ever since I was young, I loved video games and it’s been a big part of my family,” she told Stars and Stripes on Nov. 23. “We would all get together in the living room and just play, whether it’s Call of Duty or Dead by Daylight; so, the esports club, I thought, would be a great way to be connected to the school and also doing something I love.”

“This is a huge accomplishment for our schools to finally get online esports the equipment required and the IT infrastructure that is needed to make this happen,” esports coach Malik Saleem at Kubasaki High School at Camp Foster, Okinawa, said by phone Nov. 17.

DODEA Pacific invested in 96 computers, 96 gaming mice, 96 controllers, 66 headsets, software and network configurations, and team jerseys, which have been distributed across the region’s 12 high schools for the start of the winter season on Nov. 5, according to the release.

“Currently, DODEA Pacific is the only region offering esports as an athletic program,” DODEA spokeswomen Miranda Ferguson told Stars and Stripes by email Wednesday. “It is possible Americas and Europe may offer esports in the future.” 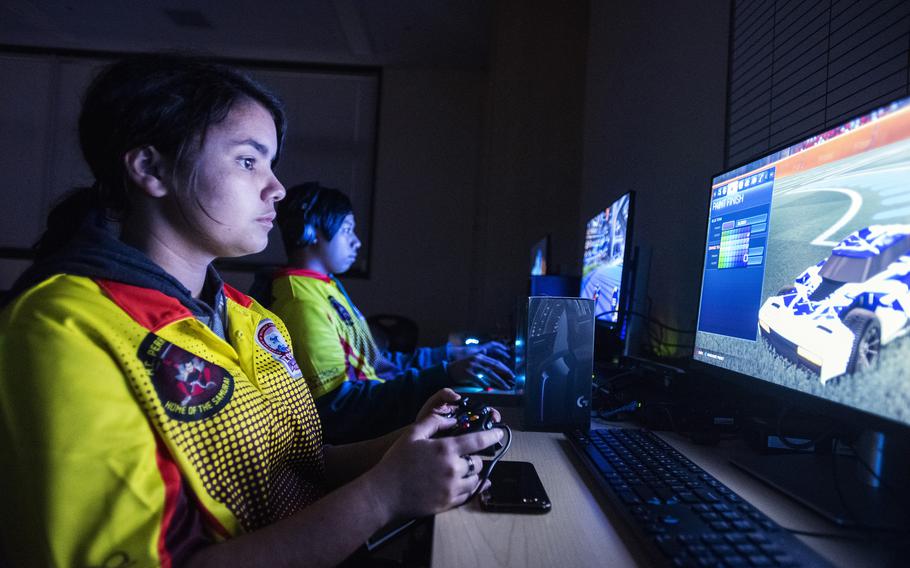 For the inaugural season, teams are playing one another in Rocket League, a “vehicular soccer video game,” according to its official website. Teams will play a round-robin schedule; the winner of the best-of-seven matches wins each competition.

For the season championship on Feb. 1 teams will be seeded based on their season record and play a best-of-seven, single-elimination bracket, according to DODEA Pacific.

Rocket League is played by two teams of three players in five-minute rounds. The object is to score goals as in soccer, but in souped-up cars rather than virtual two-legged players.

The game has the dynamics of offense and defense like soccer, which requires on-field communication, plays and situational awareness, Saleem said.

“There's a lot of communication that goes on,” he said. “The practices are getting a little bit more intense. There's a lot of ranking that our athletes are now trying to improve upon.”

At M.C. Perry, the season was off to a slow start as the team waited on a final hardware component that arrived in time for their first match on Wednesday.

“My only goal for the kids is for them to have a positive experience from playing video games, whether that be casual or competitive,” Winder said. “And if they are interested in competitive gaming, I hope that they will take what they learned here and continue pushing themselves to improve with the game.”

Esports reaches a diverse group of students that would not otherwise play in more traditional, varsity-level sports such as football, baseball or soccer, Saleem said.

“It's all about being inclusive,” he said. “Inclusivity is a huge part of education today and for students in the school environment and so we're able to give them something that they haven't had access to or haven't been exposed to, and it's a new opportunity for students that haven't had this in the educational setting or at the school setting.” 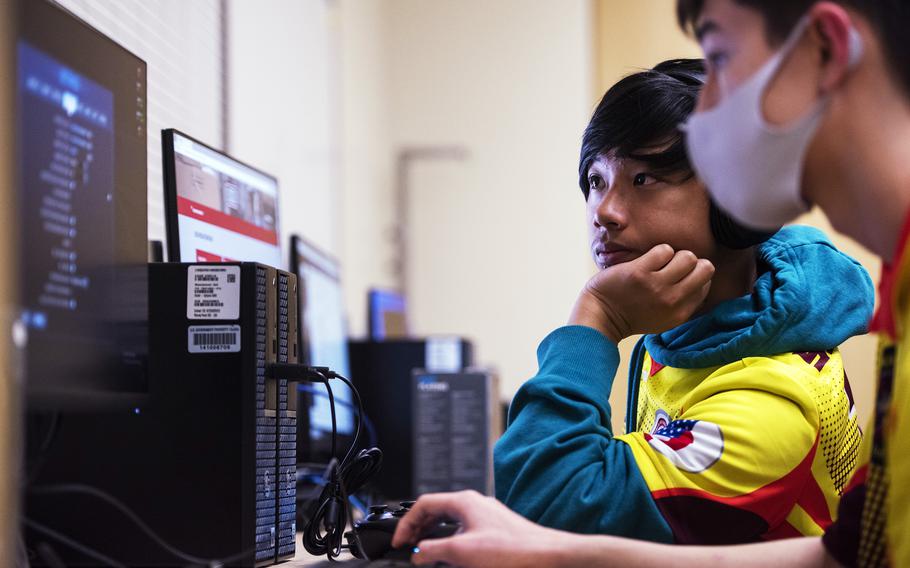 Esports is the fastest growing sport in U.S. high schools, according to the National Federation of State High Schools in October. That is opening a way into higher education for a new cadre of athletes that students in traditional sports have always enjoyed.

“I've always wanted to get the students into esports and try to find colleges that might match their interests and see if there was an opportunity for a scholarship,” Saleem said. “Because that's really what we're trying to offer the kids.”