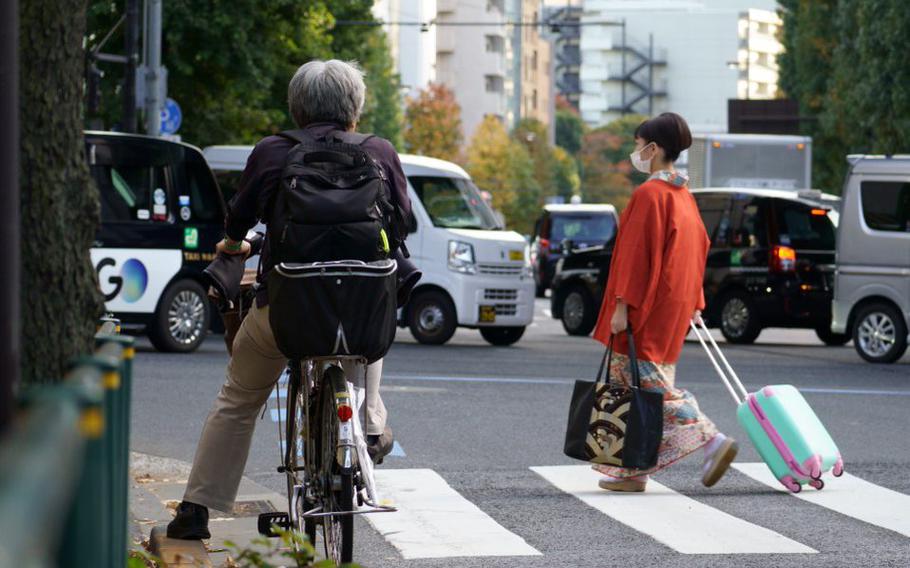 A cyclist waits for a traffic light to change on a busy street in Tokyo on Nov. 10, 2022. (Akifumi Ishikawa/Stars and Stripes)

TOKYO — The freewheeling days of bicycling on the streets and sidewalks of Japan’s capital city are apparently over.

Tokyo Metropolitan Police, citing a rise in traffic accidents, announced a crackdown on four of the most common cycling violations, according to a statement emailed Wednesday to Stars and Stripes.

“We are promoting guidance and crackdowns of cyclists, putting increased emphasis on violations that directly link to serious traffic accidents,” according to the statement.

The police are now focusing on cyclists who run through red lights, fail to heed stop signs, ride against traffic or ride fast on sidewalks, metro police said. 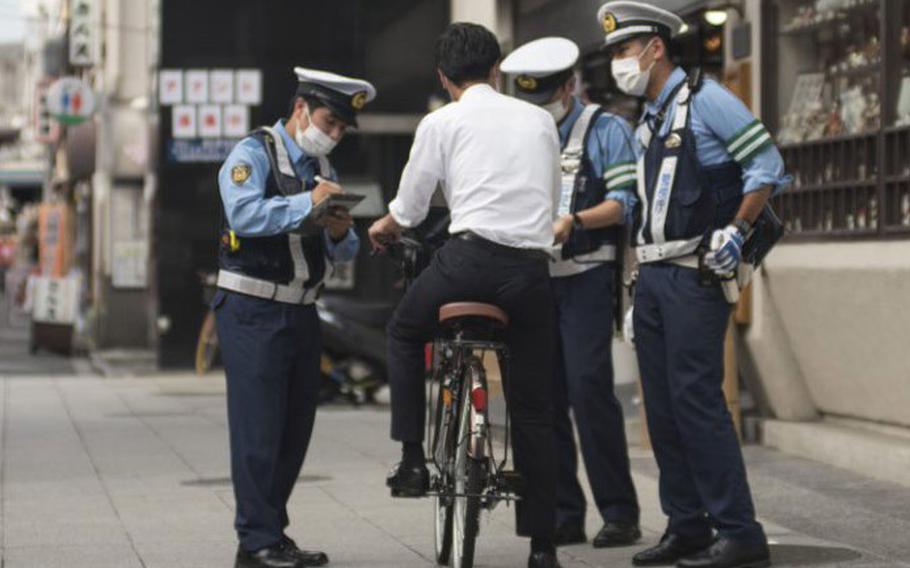 Tokyo Metropolitan Police stop a bicyclist on a street in Tokyo on Sept. 1, 2020. (Akifumi Ishikawa/Stars and Stripes) A cyclist navigates a crowded sidewalk in Tokyo on Nov. 10, 2022. (Akifumi Ishikawa/Stars and Stripes)

Lawbreaking cyclists are now more likely to be issued traffic tickets rather than warnings, according to a Kyodo News report on Tuesday.

Running a traffic light, failing to stop at a stop sign or riding against motor vehicle traffic carries a maximum three months in prison or a maximum fine of 50,000 yen, about $360, police said. Riding fast on sidewalks could cost offending cyclists up to 20,000 yen, or $143.

Traffic accidents involving bicycles in Tokyo have increased in recent years. As of Sept. 30, bicycles were involved in 10,271 accidents so far this year, about 1,700 more incidents over the same period last year, according to a Nippon TV report Oct. 31.

Bicyclists’ numbers grew during the COVID-19 pandemic as people turned to two wheels to avoid close contact with others or ordered meals through delivery services like Uber Eats.