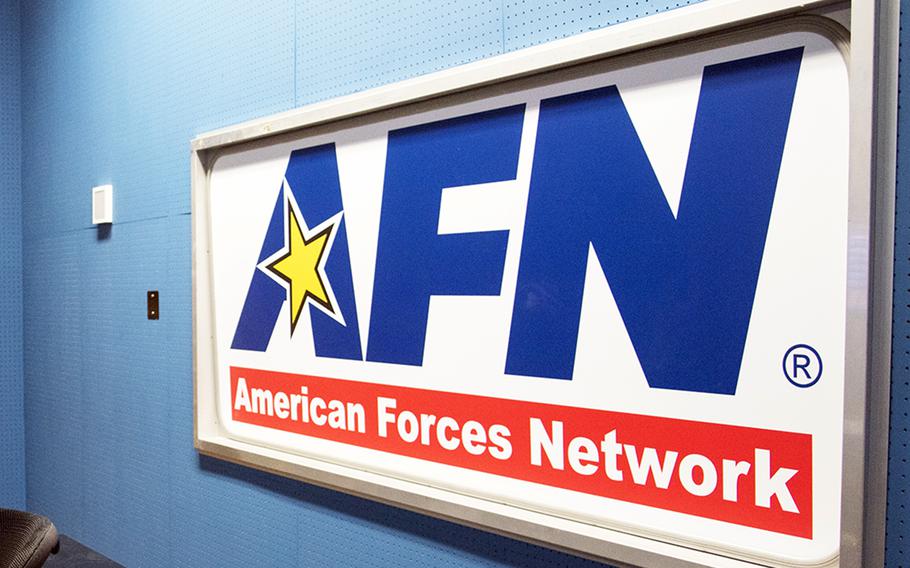 The AFN Now app becomes available Monday, Nov. 7, 2022, and will deliver entertainment and news to viewers’ smartphones and other mobile devices. (Kelly Agee/Stars and Stripes)

YOKOTA AIR BASE, Japan — After nearly six weeks of testing by real users in the Pacific, the AFN Now streaming app is ready for its worldwide debut, executives with American Forces Network told Stars and Stripes.

AFN is “working closely” with professional sports and hopes to obtain streaming rights for the app by the time it launches on Monday, he said, adding that the network hopes to stream the Super Bowl on Feb. 12.

AFN Now offers a selection of the programming available on the AFN TV network, including popular programs such as “Jeopardy,” “Entertainment Tonight,” news programming like “60 Minutes,” reality TV series, movies and documentaries.

“In just a few minutes users can be watching their favorite shows at the times and locations most convenient to their lifestyles,” Clearwater said.

Users need only a mobile device, a network connection and to be verified in the Defense Enrollment Eligibility Reporting System, or DEERS, to register with the app.

AFN Now is free to download from Google Play and the App Store and is compatible with Apple and Android smartphones, tablets, some smart TVs and other in-home media devices, including AppleTV, Roku and Amazon Fire. The network also plans to offer the app through gaming consoles like the Xbox and PlayStation, Clearwater said.

AFN began testing the app with its Pacific audience on Sept. 20 and is gaining about 250 to 300 viewers a week, Kimberly Antos, AFN chief of digital platforms, told Stars and Stripes by phone Wednesday. She said 2,036 people had registered as of Tuesday.

“We had a lot of feedback from the audience, which is great,” she said of the Pacific trial. “And they were able to help us identify a couple of issues that I think helped to smooth out the process.”

For example, the AFN team monitoring the trial found the app was taking a significant amount of time to open and load content, an issue called latency, but audience feedback allowed AFN to remedy the problem within a day, Antos said.

“It is mind blowing to work with this project to go from four or five people in the room to actually see it make it to this point, it's just so exciting and fulfilling,” AFN’s chief of television, Karreem Lowe, told Stars and Stripes by phone Wednesday.

“We are all really humbled and excited to have put so much effort and work into this,” he said. “To have the opportunity to have it experienced by this well-deserving audience is just amazing.”

Clearwater said AFN will continue to develop and improve the AFN Now app with the addition of new features and capabilities.

AFN developed a quality product by listening to its audience, according to Antos.

“We really value them,” she said. “We value the feedback that they provide us in the pilot program and even outside just on AFN services.”

Antos encouraged AFN viewers to “get the word out, download and register and start streaming.”

“And if you have any feedback that you would like to give, whether it's on AFN Now or any of our other programming, please go to MyAFN.net and leave your feedback there because we'd love to hear from our audience,” she said.