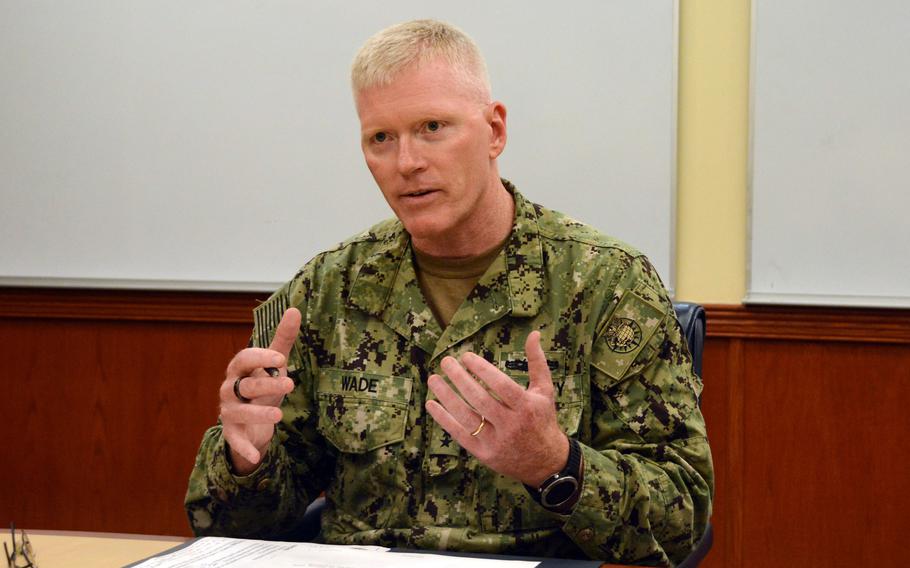 FORD ISLAND, Hawaii — Each day that millions of gallons of fuel remain in the Red Hill storage facility in Hawaii is an “imminent threat” to the environment, the Navy officer in charge of emptying the tanks said Monday.

“My team and I have been directed and tasked to safely and expeditiously defuel the Red Hill bulk fuel storage facility,” Rear Adm. John Wade said at his headquarters at Ford Island, addressing reporters for the first time since taking command of Joint Task Force-Red Hill last week.

“We are singularly focused on this important mission,” he said.

“Because every day that that fuel is sitting there is a threat to our community and to the environment.”

Wade is coordinating with the Hawaii Department of Health and the Environmental Protection Agency in defueling the tanks at an estimated cost of $230 million.

Defense Secretary Lloyd Austin in March ordered the facility permanently closed in the wake of spills from the tanks that contaminated drinking water used by thousands of homes.

Wade and the task force of roughly 90 personnel are based in the Ford Island Conference Center, across the bay from Joint Base Pearl Harbor-Hickam. 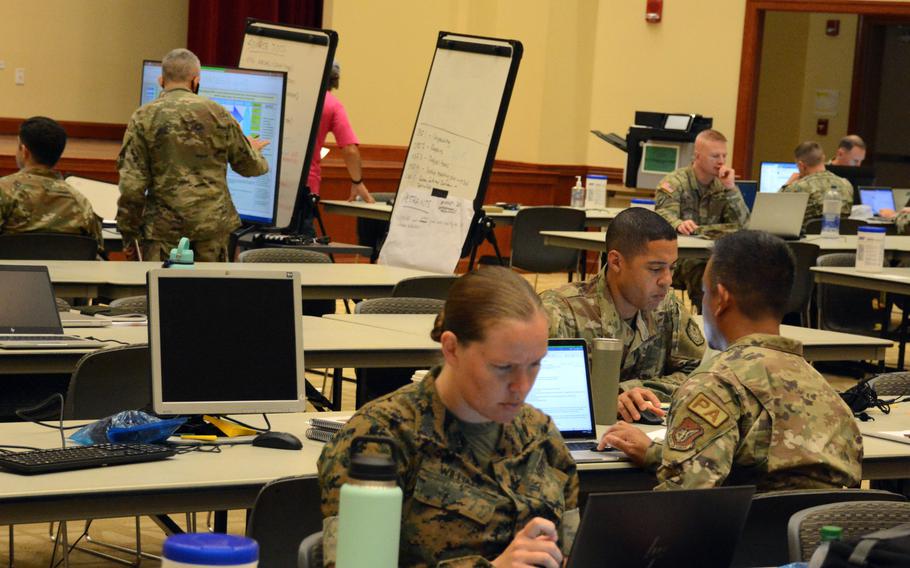 On Friday, Wade toured the underground World War II-era facility with Austin during his visit to Hawaii, he said. He has also met with local community leaders and Hawaii’s congressional delegation since stepping into the job.

The Health Department ordered the tanks be emptied in January after fuel from the facility was discovered in well water near the joint base.

The well was one of three the Navy used for its water distribution system for about two dozen military housing communities on and near the installation.

The Navy has estimated defueling will be completed in July 2024.

The first step in the process is removing all that fuel in the pipelines, he said.

“That's something that we're going to do, hopefully, in the next couple of weeks, with concurrence from the Department of Health and the EPA,” he said.

A Navy investigation released in June that examined two spills in 2021 catalogued a litany of “preventable contributing factors,” including a culture of procedural non-compliance; poor training and supervision; ineffective command and control; and absence of ownership regarding operational safety.

The Navy is now “ensuring the quality assurance of all aspects of training and proficiency and ensuring that the operators are certified,” Wade said.

On Sept. 22, the Navy conducted a drill simulating a fuel line spill at the facility, with observers from the Health Department and EPA on hand.

The drill was “the culmination of weeks of training, coordination and scaled exercises,” the Navy said in a news release at its conclusion.

A lengthy phase of repairs will follow the pipeline drainage, Wade said.

The task force will continue to seek ways to safely shrink the timeline for defueling, he said.

The Navy’s plan for the facility’s actual closure is expected to be submitted to Hawaii officials in November, Wade said.