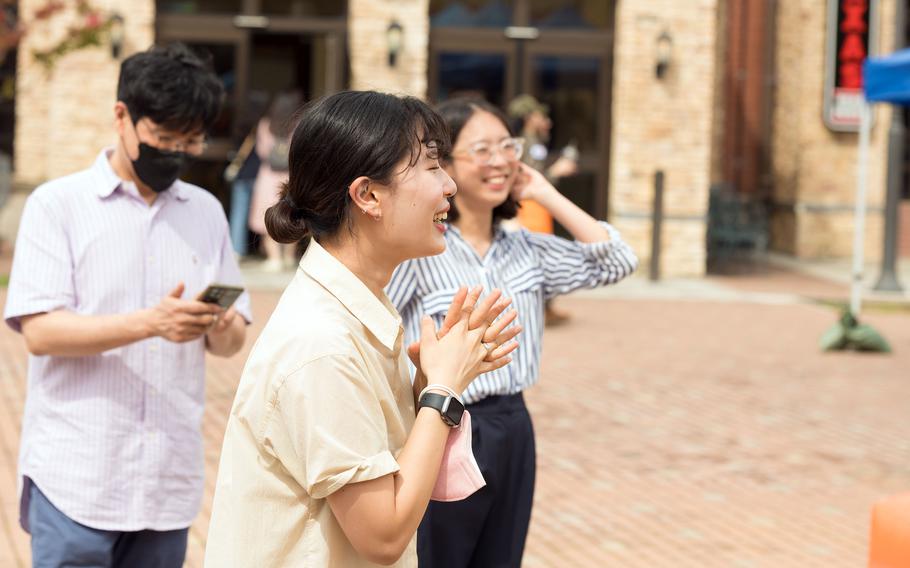 CAMP HUMPHREYS, South Korea — Cases of COVID-19 among U.S. military personnel in South Korea have dipped to a three-month low as overall cases in the country also declined.

U.S. Forces Korea reported 51 new infections over seven-day period ending Tuesday, according to an update on its official website. The command, which is responsible for the roughly 28,500 service members and civilian employees in South Korea, reported 120 new cases the previous week.

The most recent weekly tally is the second-lowest recorded since January, when USFK began reporting its positive cases over a seven-day periods; the command counted 50 new infections June 14-20.

The new Moderna and Pfizer bivalent vaccine booster shots are expected to arrive in South Korea for military personnel by the end of this month, Dr. Timothy Batig, an Army lieutenant colonel attached to the 65th Medical Brigade out of Camp Humphreys, said on Sept. 8.

“Once we can get this and we can get people boosted with the bivalent, then we should see fewer cases of the omicron [variant],” he told Stars and Stripes.

USFK rescinded a host of social-distancing restrictions starting in June but still requires personnel to adhere to local regulations, such as mandatory mask wear on public transportation.

Since Sept. 3, proof of a negative PCR test for COVID-19 is no longer required prior to traveling to South Korea, although the test is required upon arrival.

South Korea counted 71,471 new daily cases on Wednesday, down from 93,981 on Tuesday and 72,646 on Sept. 8, according to the Korea Disease Control and Prevention Agency.

The nation’s caseload has slowly declined after brief upswings from waves of the BA.5 omicron subvariant. Health agencies, including the KDCA, warned last week of a potential surge of new cases as millions of South Koreans traveled in the country during a four-day holiday in observance of Chuseok, the autumn harvest holiday.

South Korea reported a peak of 621,328 new daily cases in March. About 24.2 million people have been infected since the beginning of the pandemic in 2020.

Despite the decreased caseload, health authorities are warning people not to get complacent due to a potential surge of influenza cases.

"The number of people with seasonal influenza, which has not been prevalent for the past two years since the COVID-19 pandemic, is steadily growing at present," KDCA commissioner Peck Kyong Ran said during a news briefing Thursday.

Peck predicted that influenza cases are "highly likely to be prevalent this year" and that the medical community will be focusing on providing screening and treatment for both infectious diseases.