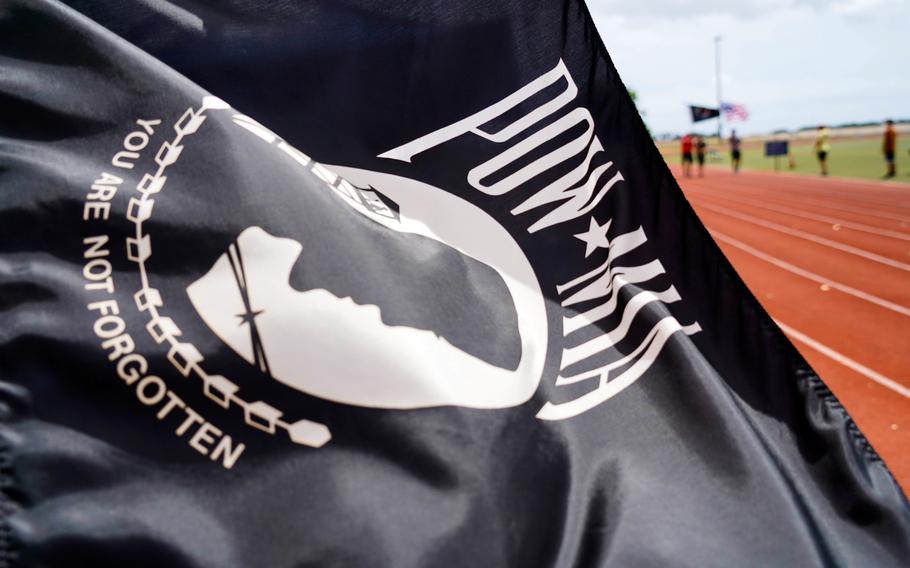 Nearly two dozen service members from World War II and the Korean and Vietnam wars were accounted for last month by the Defense Department agency tasked with recovering U.S. troops listed as missing in action or prisoners of war.

Twelve of the identifications made in August by the Hawaii-based Defense POW/MIA Accounting Agency were killed during WWII. Nine fought in Korea and two served in Vietnam, according to DPAA news releases.

The most decorated was Army Master Sgt. Merritt Wynn, 31, whom the agency said was reported missing in action Nov. 26, 1950, while fighting Chinese forces near Unsan, North Korea. Wynn, whose remains were identified on Aug. 26, was posthumously awarded a Silver Star — the United States’ third-highest decoration for valor in combat — for his “leadership and bravery.”

The youngest was Marine Corps Reserve Pvt. Fay Teter, 17, who was killed fighting the Japanese during the Battle of Tarawa in the Gilbert Islands on Nov. 22, 1943. His remains were identified on Aug. 2, according to DPAA.

Holeman’s remains were identified on Aug. 23. The others were accounted for on Aug. 15.

Both Vietnam War soldiers — Pfc. Thomas Green, 19, and Staff Sgt. Sanford Finger, 29 — had been unaccounted for since Oct. 26, 1971, when their CH-47B Chinook went down in bad weather while flying from Tuy Hoa to Cam Ranh Bay, DPAA said. Green served as door gunner on the helicopter and Finger managed the An Son Post Exchange. Both were identified on Aug. 23.

DPAA also announced a number of identifications in August that had been made in prior months. Among these were three sailors who died on Battleship Row during Japan’s surprise attack on Pearl Harbor, Hawaii, Dec. 7, 1941.

Hubert Clement, 30, of Inman, S.C.; Edward Casinger, 21, of Senath, Mo.; and John Bock Jr., 18, of St. Louis, died when the USS Oklahoma capsized, the agency said. Claude Garcia, 25, of Ventura, Calif., was killed nearby aboard the USS West Virginia.