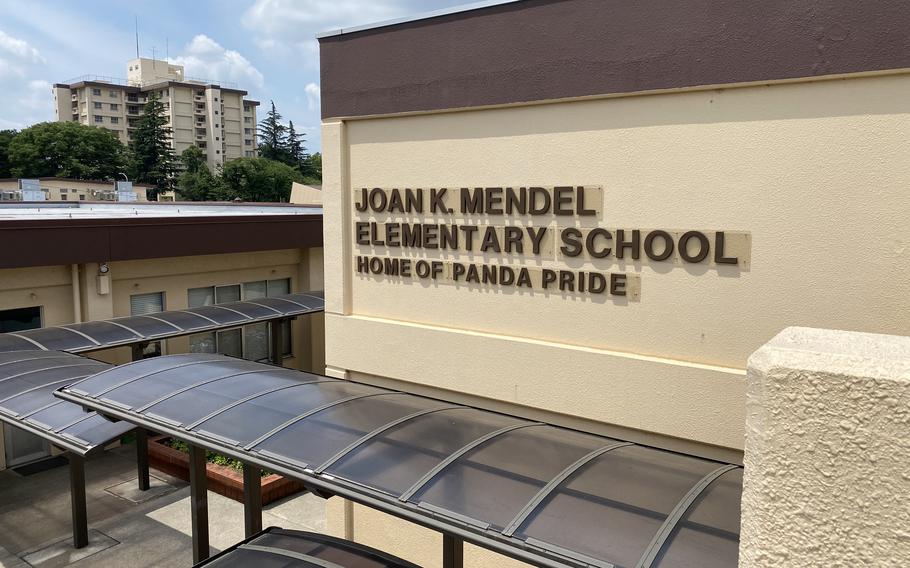 Plans to replace Joan K. Mendel Elementary School at Yokota Air Base in western Tokyo have been delayed at least five years due to the project’s “size and executability concurrent with other school projects,” according to DODEA-Pacific spokeswoman Miranda Ferguson. (Stars and Stripes)

YOKOTA AIR BASE, Japan — Hundreds of millions of dollars in construction is underway or planned to upgrade schools on overseas U.S. military bases in the Pacific, according to Department of Defense Education Activity officials.

Major projects underway in Japan include a $150 million replacement for Nile C. Kinnick High School at Yokosuka Naval Base south of Tokyo and the $95 million replacement of Bechtel Elementary School at Camp McTureous on Okinawa, DODEA Pacific chief of staff Todd Schlitz told Stars and Stripes by phone July 28.

A $175 million replacement for Kubasaki High School on Camp Foster, Okinawa, is in the design phase, he said. Work has also started on a new $20 million DODEA Pacific East District Superintendent Office at Yokota.

Plans to replace Joan K. Mendel Elementary School at Yokota have been delayed at least five years due to the project’s “size and executability concurrent with other school projects,” although they will be reviewed yearly, DODEA Pacific spokeswoman Miranda Ferguson said by email June 22.

The DODEA Pacific region encompasses 45 schools in Japan, including Okinawa, and in South Korea and Guam. Schools in the region are, on average, 22 years old, Ferguson said. In the new schools, everything from the buildings to the furniture supports collaboration between teachers, students and the community, she said.

The 21st century schools include the most modern educational designs, Schlitz said.

“They are really designed to support the educational needs of our kids … shared spaces, open classrooms, areas to collaborate,” he said. “It is a testimony to DODEA and the Department of Defense in how we are investing in our schools and students.”