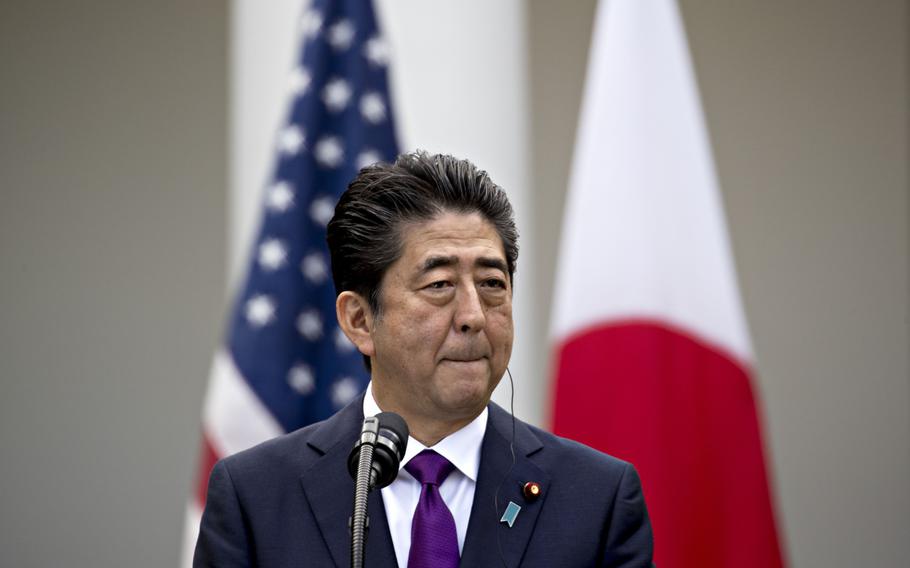 TOKYO - The man accused of assassinating former Japanese leader Shinzo Abe on Friday told investigators he believed that Abe was linked to a religious group he blamed for his mother’s financial woes. On Sunday, a Tokyo-based representative of the Family Federation for World Peace and Unification, which in Japan was formerly named the Japan Unification Church, confirmed that the man’s mother is a member.

The suspect’s mother remains a member but has not shown up to recent gatherings, said the representative, who was reached at the Tokyo office phone number but refused to be named, citing privacy reasons amid the ongoing criminal investigation.

The suspect, 41-year-old Tetsuya Yamagami of Nara, told investigators that he shot Abe because he believed Abe was linked to a group he hated, Nara police said in a news briefing.

Japanese media, citing police sources, subsequently reported that Yamagami told investigators that it was a religious group to which his mother donated money. Yamagami told investigators that his mother had become bankrupt after the donations, according to the Japanese newspaper Mainichi Shimbun, which cited police sources. He said his family fell apart because of his mother’s obsession with the group, and he targeted Abe “out of resentment,” the newspaper reported.

The church representative said that he did not have information about the mother’s donations, and that the organization is reviewing donations she may have made to the Nara branch. The Nara branch and the Nara police could not immediately be reached by phone on Sunday. The church official identified the suspect’s mother as Yoko Yamagami.

It is unclear whether Yoko Yamagami was a member of multiple religious organizations. Japanese news reports said Tetsuya Yamagami had wanted to kill the leader of a religious group that investigators declined to name but decided to target Abe instead. Abe was stumping for a member of his political party in Nara, east of Osaka, when he was fatally shot.

The Family Federation for World Peace and Unification is the name for the controversial organization known as the Unification Church, which is now controlled by the widow of the Rev. Sun Myung Moon.

The U.S. office of the Unification Church said in a statement Saturday that the group condemned the violence and that “guns have no place in our religious beliefs or practices.”

“The Family Federation for World Peace and Unification (commonly known as the “Unification Church”) would like to express our shock and grief over the assassination of the former Japanese Prime Minister Shinzo Abe. Our thoughts and prayers are with his family in the wake of this tragedy,” the statement read.

Abe, like many other world leaders including former U.S. President Donald Trump, appeared at Unification Church-related events as a paid speaker. Most recently, he spoke on a September 2021 program via video link.

The Unification Church is among many new religions that are active in Japan. The organization’s members have provided a reliable base of staunchly conservative voters for Japan’s conservative ruling party, the Liberal Democratic Party (LDP), of which Abe was a member, said Jeffrey J. Hall, an expert on nationalist activism at the Kanda University of International Studies.

“They’re not the only bloc of voters who are religious and conservative voting for the LDP, but they are one of them,” Hall said.

The LDP headquarters could not immediately be reached by phone on Sunday.

Mainstream Japanese media outlets have not yet named the religious organization of which Yoko Yamagami was a member. Kyodo News on Sunday confirmed that an official at the religious group to which Tetsuya Yamagami referred had confirmed her membership, but did not name the group.

A police investigation is underway into the suspect’s motives, the homemade weapon he allegedly used, and the security protocols in place at the Nara event.

The upper house election is also taking place Sunday. A win by the LDP, of which Prime Minister Fumio Kishida is a member, would clear the way for Kishida to enact some of his most ambitious and controversial policies in coming years.

Later on Sunday, U.S. Secretary of State Antony Blinken will make an unscheduled stop in Tokyo to pay respects to Abe, the State Department said.

Blinken is in Southeast Asia for meetings with world leaders. The State Department did not specify which officials Blinken will meet while he is in Tokyo.

“Secretary Blinken will travel to Tokyo, Japan, to offer condolences to the Japanese people on the death of former Prime Minister Abe Shinzo and to meet with senior Japanese officials. The U.S.-Japan alliance is the cornerstone of peace and stability in the Indo-Pacific and has never been stronger,” State Department spokesman Ned Price said in a statement on Sunday.

Blinken is set to depart Bangkok for Tokyo on Sunday night local time.

The Washington Post’s John Hudson in Bangkok contributed to this report.