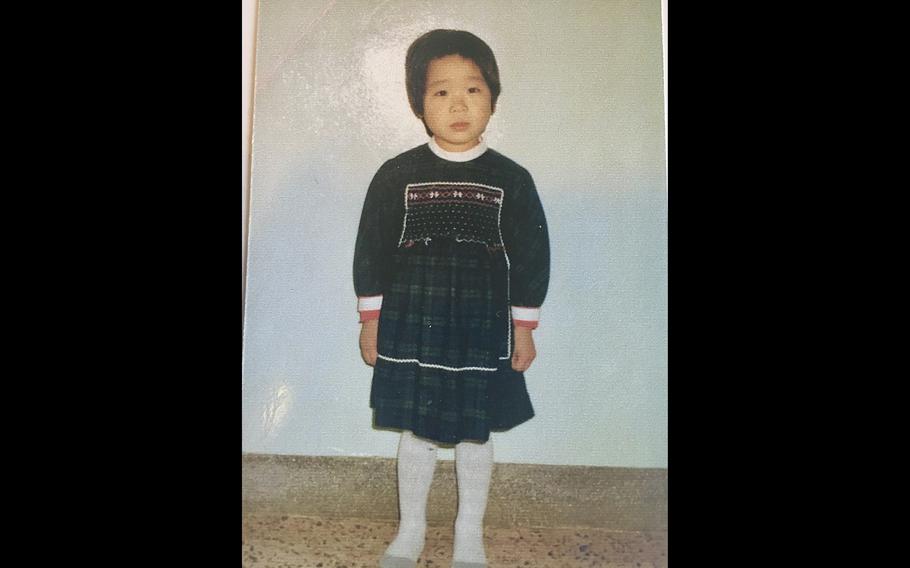 SEOUL, South Korea — The earliest photo Joo-Rei Mathieson has of herself was taken when she was about 4. Her head is shaved, her eyes cast downward. She has just arrived at perhaps the worst place a child could be sent in South Korea.

The black-and-white mugshot is from a November 1982 Brothers Home intake document that describes Mathieson as a lost street kid brought in by police. It notes that she's "capable of labor" — chillingly for a government-sponsored vagrants' facility that survivors have told The Associated Press often worked children to death.

She spoke no words for days, the document says, after entering Brothers, a now-destroyed facility in the southern port city of Busan where thousands of children and adults — most of whom were grabbed off the streets — were enslaved and often killed, raped and beaten in the 1970s and 1980s.

"She was so scared and traumatized," Mathieson said of herself, as she imagined in an AP interview the feelings of the girl in the photo who'd been given the name Hwang Joo Rei, because of the Jurye-dong district where Brothers once stood.

Mathieson was one of the lucky ones. In August 1983, she and 21 other young children from Brothers were transferred to an orphanage in another part of the city. Her escape may have been made possible because of overcrowding at the Brothers' sprawling compound.

Mathieson then slipped into an international adoption system that separated thousands of Korean children from their families as part of a lucrative business under the military governments that ruled South Korea from the 1960s to the late 1980s. 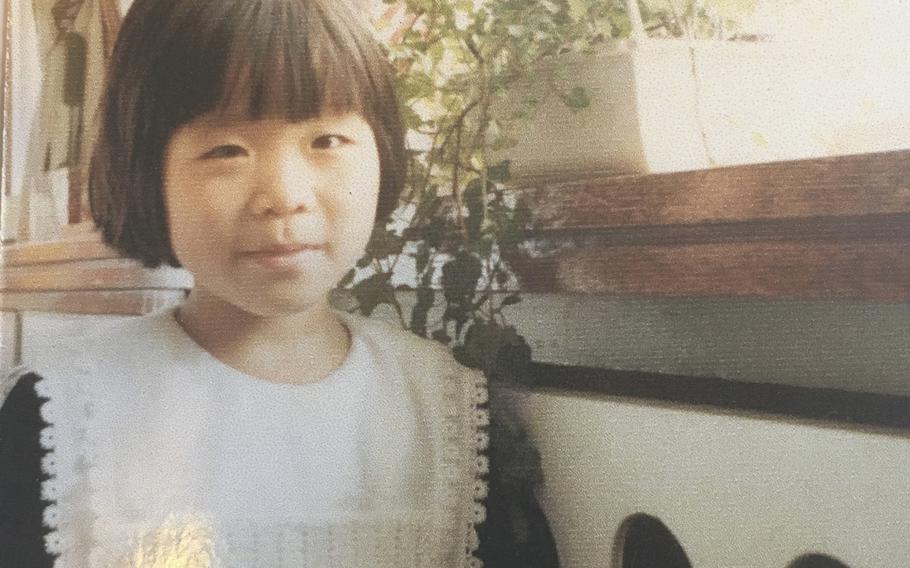 This undated photo provided by Joo-Rei Mathieson shows herself when she was in childhood taken in South Korea. A Brothers Home intake document describes Mathieson as a lost street kid brought in by police. (Courtesy of Joo-Rei Mathieson via AP)

She was given an approximate birth date and other arbitrary details to accommodate a haphazard immigration process that was designed to send more children abroad as fast as possible. Mathieson was then flown to meet her Canadian adoptive parents in November 1984, becoming part of a child export frenzy that created the world's largest diaspora of adoptees.

Mathieson said she spent most of her adult life in a "tunnel vision moving forward," never questioning her past and living as a Canadian while traveling around the world, before settling in Hong Kong to work in the hospitality industry.

But her Korean past "jumped back" at her in recent months as she began to feel she was "on a mission" to discover her roots and locate her Korean parents if they are alive.

Because of privacy worries, she used the name on her adoption documents in a 2019 AP report that broke the news that Brothers was in the adoption business. Mathieson, however, is now willing to speak publicly for the first time to improve her chances of finding her Korean relatives, including a possible sibling named Lee Chang-keun.

That name appears on the adoption papers of another Korean adoptee who, along with his younger brother, was sent to a family in Belgium in 1986. Mathieson connected with him in October last year after commercial DNA tests — increasingly used by Korean adoptees seeking reunions — found that they were most likely siblings.

Mathieson said it was "exhilarating" to discover a blood relative and gain a tangible connection to her biological roots despite not knowing her true name, birthdate or hometown.

"I think no other human on this earth except for adoptees will understand what it's like to go through life with no link to their origins. It's something that normal people will take for granted," Mathieson said in a Zoom interview, using air quotes for the word "normal." "To see someone that looked so much like me was so exciting."

The finding also raised disturbing questions about the circumstances of her adoption and that of her newfound kin, who didn't respond to AP's requests for comment.

His paperwork says he and his younger brother were adopted from an orphanage in Anyang, a city near the capital, Seoul, that is about 190 miles away from Busan. It says the boys were found abandoned in August 1982, months before Mathieson's arrival at Brothers, and that they had another brother, Lee Chang-keun, who was at a different Anyang orphanage. 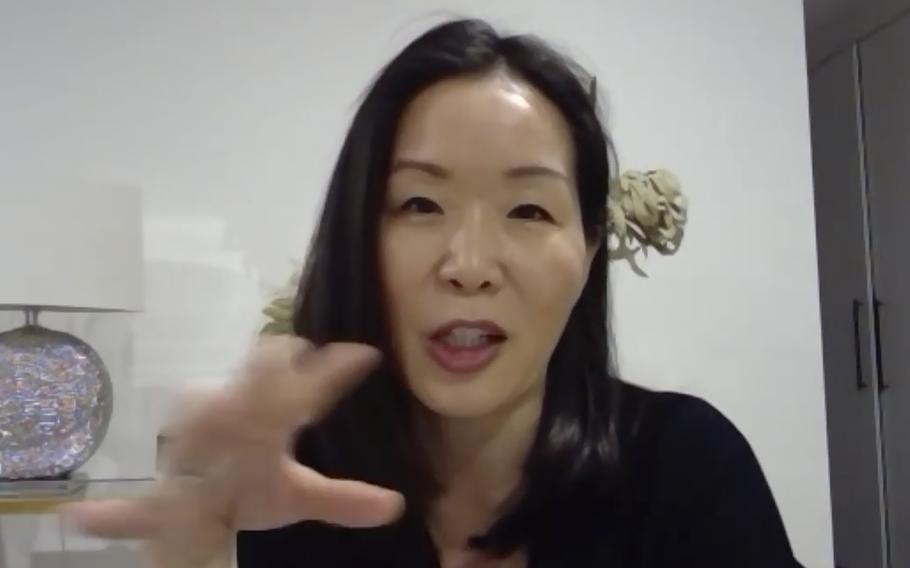 In this frame grab from video, Joo-Rei Mathieson speaks during an interview on May 31, 2022. (AP)

There's no mention whether Lee was adopted. Mathieson hopes Lee remained in Korea and that she can now find him. She's desperate for information about her Korean parents, and how they were separated from their children.

Neither Mathieson's adoption papers nor those of the brothers in Belgium describe any meaningful effort to locate their original families despite the years they spent in the orphanage system.

Mathieson says she's filled with questions: Did her parents leave her with a relative in Busan while scrambling to search for their missing sons? Was she kidnapped by police, like many other inmates at Brothers?

"A lot of the adoptions, rather, were from new parents that had to give up their child right after birth," Mathieson said. "For a family to relinquish, voluntarily relinquish, three kids between the ages of four and six? It just didn't add up for me … I knew that (the) true story was so far deep."

Through documents obtained from officials, lawmakers or through freedom of information requests, the AP found direct evidence that 19 children were adopted out of Brothers between 1979 and 1986, and indirect evidence suggesting at least 51 more adoptions.

Mathieson's memories from before she left Korea — of watching children playing in an almost empty outdoor pool, of towering black iron gates, of flowers in a garden courtyard where she was hurried out for a photograph — were all vague and benign before the AP first told her that she'd been at Brothers in 2016.

She now connects those memories with Brothers photos showing children playing in the low water of a concrete pit behind huge barred gates that confined thousands — including homeless and disabled people as well as random pedestrians who'd been snatched off the streets — before a prosecutor exposed the facility's horrors in 1987. 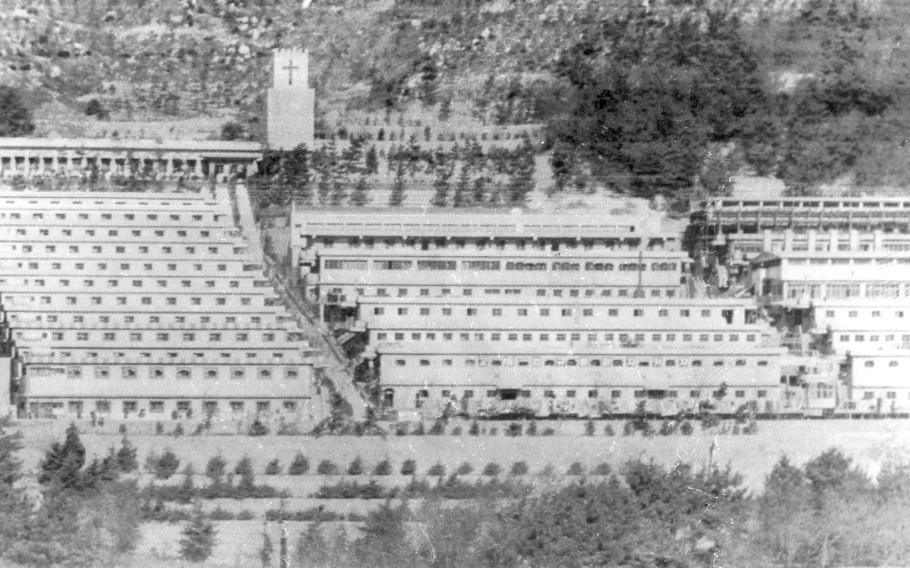 Brothers was the largest of the nationwide facilities that accommodated aggressive roundups ordered by military leaders eager to clean the country's streets. Adoptions were another way to remove the socially undesirable, including children from unwed mothers or poor families, and to reduce the number of mouths to feed.

About 200,000 Korean children were adopted by families in the West in the past six decades, including 7,924 in 1984, the year Mathieson was adopted. Roots are often untraceable because most of the children were listed as abandoned, even when they had known relatives, which made them easily adoptable.

Mathieson plans to bring her case to Seoul's Truth and Reconciliation Commission, which has interviewed hundreds of Brothers survivors or their families, but so far no adoptee. While still determined to get information about her biological parents, Mathieson treasures the snippets of her past that have emerged as she presses on with her search.

"It was nice to get additional photos," Mathieson said about images recently sent from the Korea Welfare Service, her adoption agency. "I will cherish them."