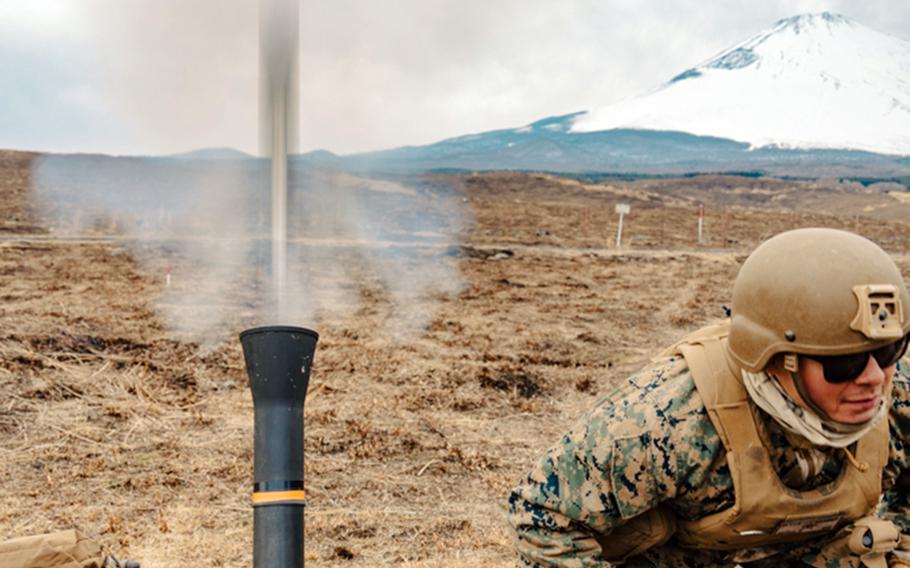 CAMP FOSTER, Okinawa – The U.S. military’s seagoing first responders in Japan are at peak readiness after a three-month series of drills with their counterparts in the Japan Self-Defense Forces, according to Navy and Marine Corps officers on Thursday.

The 31st Marine Expeditionary Unit and the Navy’s Amphibious Squadron 11 honed warfighting and humanitarian-response skills during their “spring patrol,” which included training in Thailand, at the foot of Mount Fuji and off Okinawa’s coast, Marine Capt. Nicole Gallegos wrote in an email to Stars and Stripes.

“Our patrols are our rehearsals for those crisis response scenarios,” 31st MEU commander Col. Michael Nakonieczny said during a phone-in press conference. “I don’t think anybody does it better than us.”

Amphibious Squadron 11 – five major vessels homeported at Sasebo Naval Base and led by the amphibious assault ship USS America – is the Navy’s amphibious assault force in the western Pacific. It works in conjunction with the 31st MEU, a first-response unit of 2,200 Marines and sailors based on Okinawa that includes a Marine battalion landing team, a logistics battalion and a contingent of MV-22 Ospreys and F-35B Lightning II stealth fighters.

The patrol began in January and ended in late March and focused on sea-denial operations, freedom of navigation and seizing key terrain, Gallegos said. Sea denial is essentially targeting adversaries’ plans or attempts to exploit sea space, according to the Center of International Maritime Security.

The exercises included every service branch except the Coast Guard and at its height saw over 15,000 U.S. sailors and Marines and 1,000 members of the Japan Self-Defense Forces operating off Okinawa.

The exercises were not aimed at any specific nation, but peer adversaries like China would be wise not to disrupt peace and prosperity in the Indo-Pacific, nor deny access to regional seas, Nakonieczny said.

Noble Fusion from Feb. 3-7 was a wide-ranging set of drills that included air-to-ground strikes, raids at sea and on shore, along with expeditionary advanced base operations, Marine officials said previously. The Corps’ new island fighting doctrine calls for Marines to move inside the range of an adversary’s long-range, precision weaponry and establish difficult-to-target forward bases.

The Maritime Defense Exercise-Amphibious Rapid Deployment Brigade took place at Combined Arms Training Center Camp Fuji south of Tokyo from March 7-25. The Navy and Marines took on a support role to the Japan Maritime Self-Defense Force as it rehearsed the seizure of key terrain.

Future exercises will include more repetitions with the Japanese, Nakonieczny said.

“I want more reps of this,” he said. “We get better every time.”