New COVID-19 cases show weekly decline in Japan, including on US bases 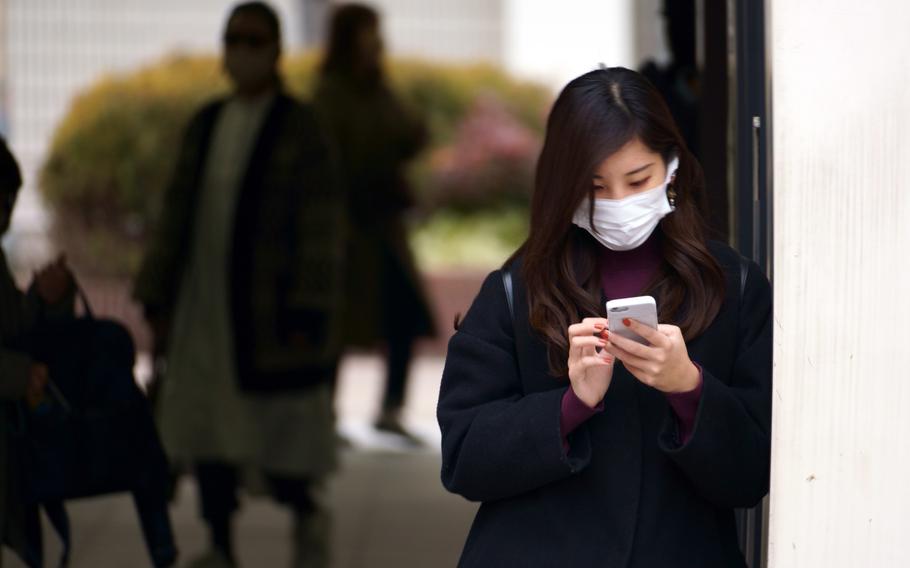 TOKYO – The coronavirus may not be on the run in Japan but its grip is loosening in the capital city and at U.S. military installations across the country.

Tokyo on Friday said another 8,464 people had tested positive for COVID-19, according to public broadcaster NHK. The city ended the work week with a six-day average of 8,735.8 new cases per day, down from an average 11,204 for the same six days the preceding week.

Japan on Thursday reported 61,063 new COVID-19 infections and 188 related deaths, according to the Johns Hopkins Coronavirus Resource Center. There was an average of 53,914 new cases between Sunday and Thursday. The average for the same six days the week prior was 64,402.

Misawa Air Base in northeastern Japan accounted for 33 over both days; Kadena Air Base on Okinawa had 32, according to USFJ. Yokosuka Naval Base south of Tokyo registered 28 and Marine Corps Air Station Iwakuni near Hiroshima had 19.

None of the new cases were considered serious and none of the infected individuals were hospitalized, according to USFJ.

The command between Monday and Thursday reported 346 people tested positive for COVID-19.

Separately, Yokota Air Base in western Tokyo, the headquarters for USFJ, had 22 people test positive between Tuesday and Thursday, according to an update on the base website.

Okinawa prefecture said 744 people tested positive there Friday, and 32 people in the U.S. military population, according to the prefectural Department of Public Health and Medical Care.

The prefecture ended the work week with 3,814 new COVID-19 infections, down from the 4,848 it recorded the previous week.