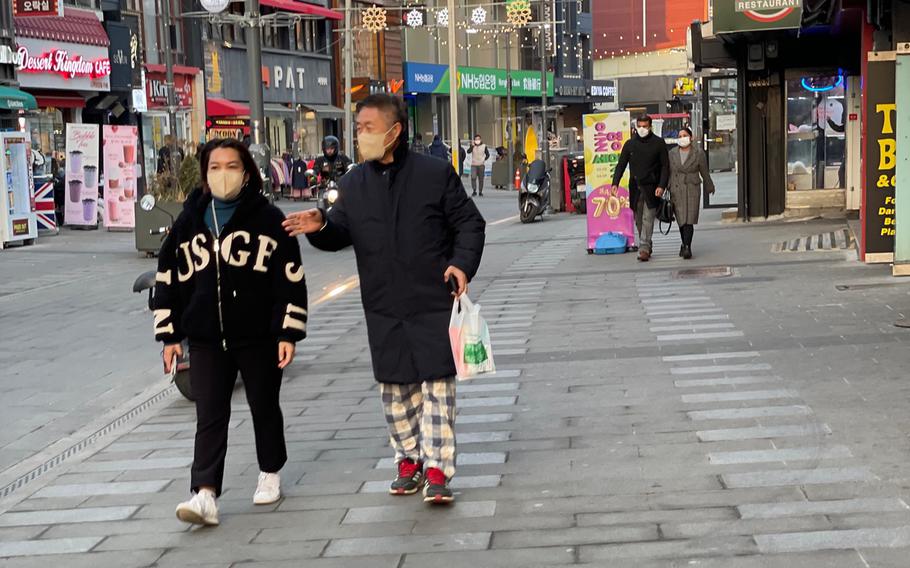 South Korea confirmed 342,446 new cases of COVID-19 on Wednesday, surging past the previous one-day pandemic record by nearly 75,600 infections, according to the Korea Center for Disease Control and Prevention Agency.

South Koreans were at the polls Wednesday picking a new president.

KCDA also reported another 158 deaths; the one-day record for fatalities related to COVID-19 in South Korea is 216, set Friday, according to the Johns Hopkins Coronavirus Resource Center.

Another 2,149 people were hospitalized, an increase of 433 from the previous day and 360 more than the weekly average, according to KDCA.

Gyeonggi province, which is home to Camp Humphreys and Osan Air Base, accounted for nearly a third, or 29.1%, of the new infections reported Wednesday, KDCA reported. Seoul accounted for 23.2%.

Military cases down in Japan

In Japan, the U.S. military reported 73 new cases across 13 installations on Tuesday, according to a daily update by U.S. Forces Japan. The command last reported 98 new cases Monday.

COVID-19 continued its week-to-week decline in Tokyo, where the city confirmed 10,283 new infections Wednesday, 2,410 fewer than a week prior, according to public broadcaster NHK and metropolitan government data.

Okinawa prefecture, where Kadena Air Base and most of the III Marine Expeditionary Force are located, said another 783 people tested positive for the coronavirus Wednesday, along with 16 people in the U.S. military population, according to the prefectural Department of Public Health and Medical Care.

Japan reported 53,938 new infections and 249 deaths on Tuesday, according to the Johns Hopkins Coronavirus Resource Center.