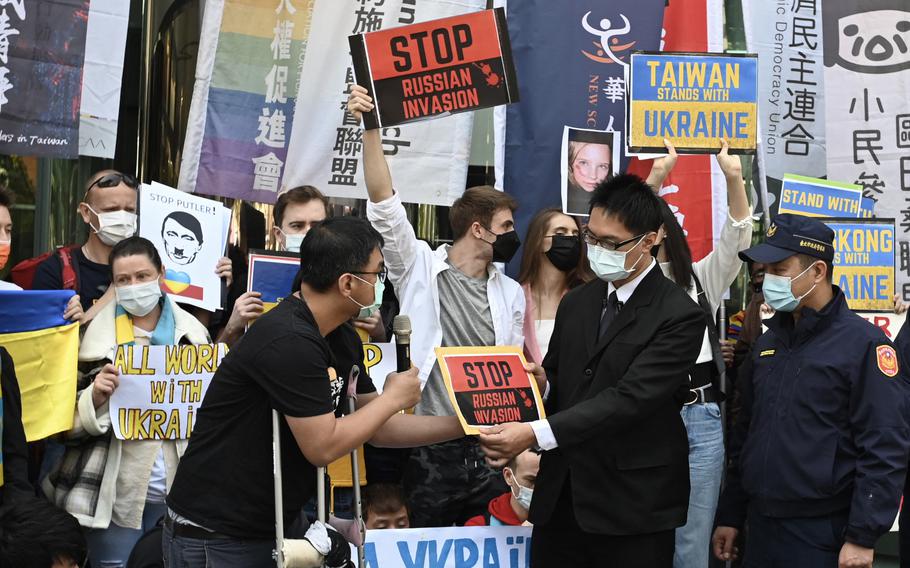 China’s concern that the U.S. is seeking to build an “Indo-Pacific version of NATO” has one major problem: A previous effort failed in the 1970s, and most Asian countries haven’t been interested in trying again.

China Foreign Minister Wang Yi raised eyebrows on Monday when he accused the U.S. of looking to form a NATO-style military alliance “to maintain the U.S.-led system of hegemony.” The charge echoed Russian President Vladimir Putin’s justification for invading Ukraine, raising questions about whether Beijing may one day take similar preemptive military action in the region.

But as European nations become increasingly open to joining the U.S.-led military alliance, Asian governments that don’t already have mutual defense treaties with America have been reluctant to get too close. Many are economically dependent on China, whose economy is 10 times larger than Russia’s, and have resisted picking sides in the broader geopolitical struggle between the world’s biggest economies.

“It certainly is a nonstarter for our region, definitely,” Marty Natalegawa, Indonesia’s foreign minister from 2009 to 2014, said of an Indo-Pacific NATO. “Whenever you speak either of Southeast Asia or the Indo-Pacific in general, for decades our efforts have been to build an architecture that is inclusive in nature, rather than returning to the old Cold War, East-West type of divisions.”

Southeast Asia’s modern-day foreign policy is mostly aimed at avoiding becoming a battleground in great-power competition, as occurred during the Vietnam War and other bloody conflicts. Back then, the U.S. and other colonial powers sought to form the Southeast Asia Treaty Organization as a regional NATO to fight communism, but it suffered from organizational problems and eventually disbanded in 1977.

While Beijing long benefited from peace in the region underpinned by the U.S. military, over the past few decades it has accused America of “militarizing” the South China Sea and seeking to contain China’s rise. At the same time, China’s reputation has suffered due to its increased assertiveness over disputed territory along the Indian border and the South China Sea, and use of economic coercion against Australia, South Korea, Japan and other nations.

“I can’t think of a single country in this region that doesn’t have some concerns about Chinese behavior,” said Bilahari Kausikan, who was the top bureaucrat in Singapore’s Foreign Ministry until 2013.

While the U.S. has security arrangements with most countries in Asia, they are fundamentally different from NATO, which provides for a common defense if one member is attacked.

All of the U.S. mutual defense treaties in Asia — with Japan, South Korea, the Philippines and Australia — are bilateral and have been around for decades. The other agreements in the “five-four-three-two formation” that China’s Wang cited on Monday — Five Eyes, the Quad and Aukus — don’t contain any military obligations.

“China is right to be worried about solidarity among democracies and middle powers, and Ukraine is an extraordinary example now of democratic solidarity building,” said Rory Medcalf, head of the Australian National University’s National Security College who wrote “Indo-Pacific Empire: China, America and the Contest for the World’s Pivotal Region.” “That’s quite distinct from a formal treaty commitment to automatically go to war with a great power.”

The one wild card in the region is Taiwan, which is the main issue China cares about and the biggest flash point with America. While the U.S. formally ended its defense treaty with Taiwan in the 1970s when it recognized Beijing as China’s legal government, many analysts still expect the U.S. and its allies to intervene in a conflict.

Still, the U.S. and Taiwan’s leaders have avoided a formal declaration of independence that would trigger a war, and China faces a host of risks if it invades — including pushing Asia into more formal security alliances with the U.S.

“The only way such a security alliance could emerge would be through some kind of shock — look at the responses to Russia’s invasion of Ukraine,” said Natasha Kassam, director of the Lowy Institute’s public opinion and foreign policy program. “Countries in the region would need to feel as imperiled by China to consider such a significant departure from their current positions.”

Right now there’s no sign of that. In 2020, China was by far the biggest partner in Southeast Asia with over $503 billion in traded goods, compared with $301 billion from the U.S., according to Asean statistics. U.S. allies like Japan have also become heavily reliant on Chinese imports.

Many countries in Southeast Asia now want the U.S. more involved economically in order to balance ties with China. They’ve been waiting months for the Biden administration to reveal a long-awaited Indo-Pacific economic strategy meant as an alternative to an Asia-Pacific trade deal the Trump administration withdrew from in 2017.

“They will not join an alliance that ties them to military actions in response to developments that do not threaten their nations,” he said. “They want the geopolitical freedom to choose their courses of action and shape the condition and nature of their participation.”