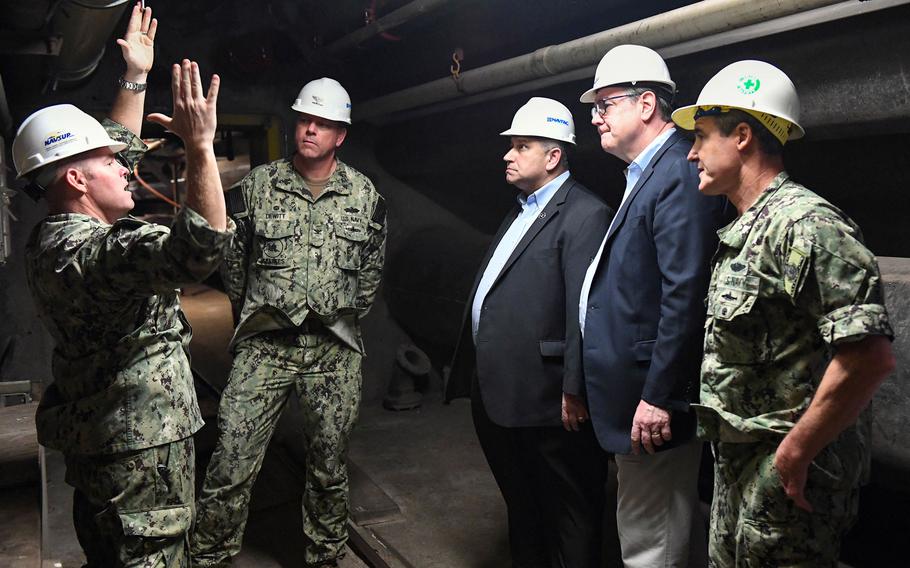 FORT SHAFTER, Hawaii – The Navy is out of compliance with a state emergency order to drain fuel from its Red Hill facility because the firm contracted to oversee the work is not free of Navy influence, the Hawaii Department of Health said Monday.

“It is critical that the work to defuel Red Hill is done safely and that the third-party contractor hired to oversee that work will operate in the interests of the people and environment of Hawaiʻi,” Kathleen Ho, the health department’s deputy director of environmental health, said in a news release.

The Health Department issued the emergency order on Dec. 6 in the wake of widespread petroleum contamination found in the Navy’s water distribution system used by more than two dozen military housing communities on and near Joint Base Pearl Harbor-Hickam.

The Navy chose Simpson Gumpertz & Heger, a privately held firm based in Waltham, Mass., to drain the fuel tanks. The Health Department in a letter to the Navy and Simpson Gumpertz on Friday contested the parameters of the contracting relationship between the service and firm.

The Navy notified the state that it only considered “engineering firms with limited to no Navy contracts,” the Health Department letter states.

“While the Navy’s effort to engage a contractor with little or no prior connection to the Navy is critical to preserve the contractor’s independence, this independence can only be maintained if that contractor remains free from overriding direction and control by the Navy,” the letter states.

The department is primarily concerned that the contractor’s work will be solely based on information provided by the Navy and that state health officials will not be included in discussions and site visits, according to the letter.

The Navy began complying with most of the provisions of the order, but contested the mandate to drain all fuel from the vast, underground storage facility built during World War II. It now holds roughly 150 million gallons of fuel.

The Navy has traced the contamination of one of its wells to jet fuel stored at the facility.

The Navy will “work cooperatively” with the Hawaii Health Department to address its concerns over contracting so that the assessment can proceed, Rear Adm. Charlie Brown, the Navy’s chief of information, said in a statement Tuesday.

“The Navy is focused on ensuring the safety and health of those impacted from the November 2021 contamination,” he said. “The Navy continues to take proactive measures that will position it to make informed and environmentally-protective longer-term decisions.”

Under the emergency order finalized on Jan. 3, the Navy was required to “submit a workplan and implementation schedule, prepared by a qualified independent third party approved by the Department to assess the facility operations and system integrity to safely defuel the Bulk Fuel Storage Tanks.”

The Health Department laid out its objections to the Navy contract in its letter.

“The contract language does not describe any structure or protections necessary to establish the independence of the contractor,” the letter states.

The Health Department objected to “frequent close oversight by the Navy” of the contracted work.

“For example: the proposed evaluation will only be based on information provided by the Navy, the DOH is not included in any discussions or site visits to ensure that our concerns will be addressed, and the number of opportunities (weekly meetings) that the Navy will have to provide comment on the progress or findings from the work being performed suggests the Navy will have a great deal of influence over the work in progress,” the letter said.

Because Simpson Gumpertz is not able to act independently, “the Navy is in violation of the Emergency Order,” the Health Department said in its news release.

“According to the timeline submitted by [Simpson Gumpertz] and the Navy, work has already begun,” the news release said. “The Navy is proceeding at its own risk and without DOH approval.”