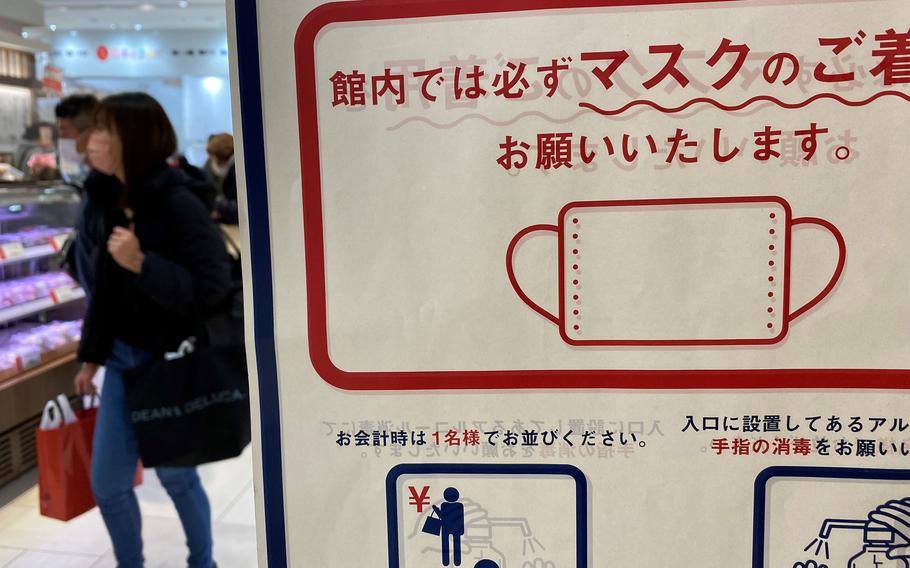 TOKYO — The coronavirus mounted a comeback Monday in Japan’s capital city, accounting for more than 800 new cases than it did one week prior, according to metropolitan government data and public broadcaster NHK.

Tokyo confirmed another 9,632 infections on Monday, according to NHK and metro data. New cases Saturday and Sunday totaled 21,883; daily numbers were lower than the previous week, metro data show.

Japan reported 63,623 new cases and 144 deaths on Sunday, according to the Johns Hopkins Coronavirus Resource Center. The country’s new case numbers have fallen steadily from 101,084 on Feb. 8.

Marine Corps Air Station Iwakuni, south of Hiroshima, accounted for 15 cases, the lion’s share of Friday’s roundup. On Monday, the air station reported 17 individuals tested positive for the coronavirus respiratory disease between Friday and Sunday, according to a news release.

Yokosuka Naval Base, the 7th Fleet’s homeport south of Tokyo, reported 13, according to USFJ.

Kadena Air Base on Okinawa had 12, according to USFJ. The base reported 71 active cases on its website Monday.