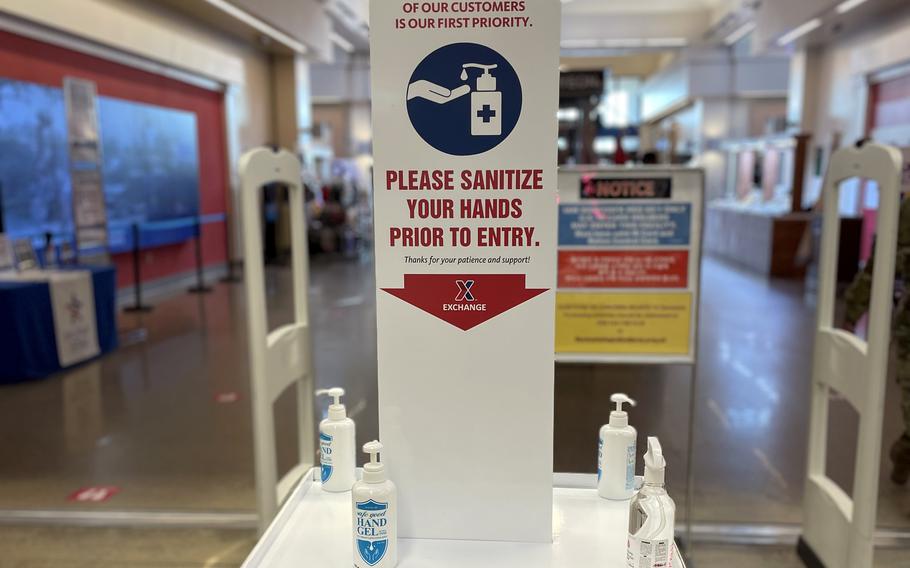 CAMP HUMPHREYS, South Korea — New coronavirus cases from the U.S. military have declined for the fourth consecutive week, though infections across the country continue to reach record highs.

U.S. Forces Korea, the command responsible for roughly 28,500 troops on the Korean Peninsula, counted 153 new COVID-19 cases in a seven-day period ending Monday. That’s 43 fewer than USFK reported the previous period and far below the pandemic high of 1,599 cases between Jan. 4-10.

USFK leaders have said they are “proud” of their community’s “continued efforts” in adhering to mitigation measures.

“Their actions are reflected in our numbers and they speak for themselves,” spokesman Army Col. Lee Peters told Stars and Stripes in an email last week. “We've seen a continued downward trend … and expect to continue this trend.”

Dining in off-post restaurants remains off-limits, but after a monthlong pause, most dining facilities on U.S. installations are open again for indoor eating.

The command on Monday shortened its 10-day mandatory quarantine period to seven days to align with South Korean mandates. Those who already live in South Korea may quarantine at home with approval from their supervisors.

“USFK remains at a high level of readiness and continues to maintain a robust combined defense posture to protect [South Korea] against any threat or adversary while implementing and maintaining prudent preventive control measures to protect the force,” the command announced Monday.

New COVID-19 cases in South Korea hit a daily record of 38,689 on Saturday, according to the Korea Disease Control and Prevention Agency. South Korea confirmed its one millionth positive case and over 6,870 deaths since the pandemic began, the KDCA reported the same day.

The country on Monday counted 36,719 new cases, according to the KDCA. The home of Camp Humphreys, Gyeonggi province, reported 12,138 new infections and Seoul reported 5,910.

Over 87% of the country's population has received the first dose of a COVID-19 vaccine and about 55% has received a booster shot, according to the agency.

Health officials on Friday extended social-distancing restrictions for another two weeks due to the increase in case numbers. Restaurants and other recreational facilities must close by 9 p.m. and private gatherings are limited to six people.

South Korean President Moon Jae-in on Tuesday admitted small business owners were “facing troubles” due to the government’s extended curfew but promised his continued support to “lessen their difficulties as soon as possible.”