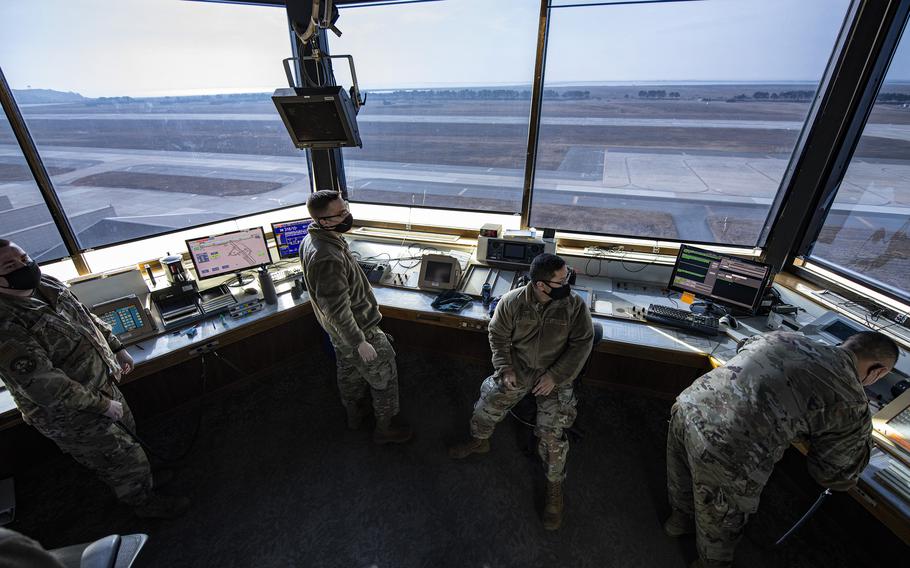 CAMP HUMPHREYS, South Korea — Health authorities recorded a record-high of 8,571 new coronavirus cases in South Korea on Monday, mostly in the province where the bulk of U.S. military forces are stationed.

That’s 7,848 more infections than the previous record set on Dec. 15, according to the Korea Disease Control and Prevention Agency on Tuesday.

Roughly 34%, or 2,917, of the latest cases were reported from Gyeonggi province, home of Camp Humphreys, the largest U.S. military base overseas. Around 28,500 U.S. troops are stationed in the country, most of them at Humphreys in Pyeongtaek city.

The U.S. military population throughout the country accounted for 379 newly infected individuals for the week ending Monday, according to U.S. Forces Korea. That’s a few more than half of the 602 cases from the previous week.

Throughout 2020, Seoul and its 9.7 million residents accounted for most new cases of the coronavirus respiratory disease. Gyeonggi and its 13.5 million residents in recent weeks has surpassed Seoul’s caseload, prompting provincial health officials to reevaluate its mitigation response.

South Korean President Moon Jae-in in public remarks Monday said the highly contagious omicron variant is now the “predominant variant” in the country. His comments came one week before the country observes the Lunar New Year holiday from Monday to Feb. 2, when much of the population is expected to travel.

“I entreat the people to join omicron responses such as participation in vaccination, wearing face masks, restraint from movement and gatherings during Lunar New Year holidays,” Moon said.

Pyeongtaek officials implemented more stringent policies earlier this month and required South Korean citizens who work on U.S. military bases to be tested for COVID-19 by Wednesday, regardless of their vaccination status. Around 47% of the city's positive cases between Jan. 3 and 16 were people affiliated with the U.S. military, a city official told Stars and Stripes.

USFK reported a weekly high of 1,599 cases between Jan. 4 and 10, roughly three weeks after South Korea recorded its own pandemic high in mid-December.

“The majority of our recent cases are local cases — and not arrival cases — which is consistent with the trend of increased positive cases witnessed in South Korea in December,” he said in a statement on Jan. 12.

Earlier this month, USFK elevated its health-risk level and enacted additional social distancing restrictions, including a ban on dining in at restaurants and visits to shopping malls. Visits to Seoul are limited to official duties and those who live in the capital city.