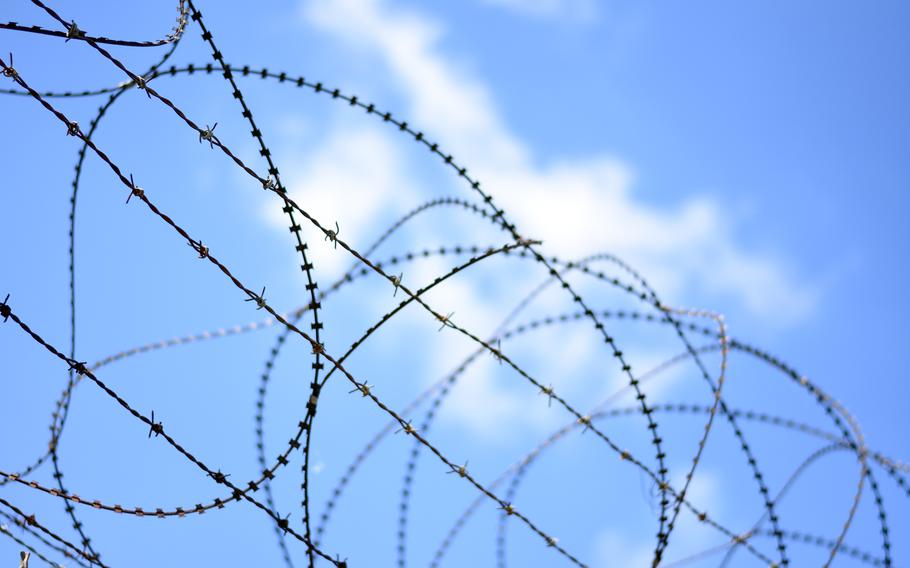 (Tribune News Service) — Not long after nightfall on New Year’s Day, a short, slight man picked a spot along one of the most heavily fortified borders in the world, a quarter-mile from the nearest platoon of soldiers, and scaled a 10-foot-tall wire fence.

Warning lights flashed and an alarm blared. The man hurried over rough terrain dusted with snow, navigating the threat of untold land mines left over from a last-century war, his movements slipping in and out of view of thermal cameras.

By midnight, he’d made it across the 2.5-mile demilitarized zone. He was back home — in North Korea.

Hours later, South Korean soldiers, who discounted the evening’s disturbance as a false alarm, would realize they’d missed the man’s footprints and the wisps of down feathers from his winter jacket clinging to the concertina wire atop the border fence.

More than 33,000 North Koreans have risked their lives to flee their oppressive homeland in recent decades, leaving behind an impoverished economy, fear bred by political gulags and a third-generation cult of personality that demands unquestioning reverence of leader Kim Jong Un and his forebears. The New Year’s fence-jumper, who has not been publicly identified, became one of a much smaller number to make their way back to the isolated communist state after a taste of the outside world.

Officially, about 30 North Koreans are known to have returned after settling in the South, according to South Korean intelligence. Researchers and advocates estimate that the real number is likely much higher, possibly in the hundreds. Some of those who return become propaganda tools for the North Korean state, appearing in videos or news conferences making tearful statements about how much they regretted leaving. A handful change their minds yet again, escaping once more.

“It’s hard to approximate, but it’s probably many more,” said Baek Nam-seol, a professor at the Korean National Police University who has worked with and researched North Korean refugees. “There are surely ones who aren’t picked up by North Korean authorities. We only get confirmation when North Korea chooses to publicize it.”

The man’s crossing spurred a frenzy in South Korea over the breaches in border security, particularly after the revelation that the man had crossed into South Korea in November 2020 along the same route, twice evading detection by South Korean military. Among those working with or researching North Koreans’ resettlement in the South, though, his decision to return after barely a year marked the latest testament to the challenges North Korean refugees face adjusting to their new home, their isolation and economic difficulties furthered by the pandemic.

Nearly 1 in 5 North Korean refugees in South Korea said they have thought about going back, according to a 2021 survey by the nonprofit Database Center for North Korean Human Rights. The reason most often given is missing one’s hometown or family. Some said they experienced discrimination in South Korea or found the capitalist society too competitive, according to the survey.

Joo Seong-ha, who left North Korea in 2002 and works as a prominent journalist at a South Korean newspaper, said he still finds himself thinking of home.

“I’ve thought about it. If you have family there how can you not?” he said. Even so, most refugees put down roots after a few years and make their way in an adopted land. “Every community has its outliers, and the North Korean refugee community is the same. It’s just that this outlier’s way of acting out happened to be crossing the DMZ.”

Park Young-ja, a research fellow at the South Korean government-funded think tank Korea Institute for National Unification, said those who don’t have family members in the South have a harder time adjusting. Their continuing challenges — even as tens of thousands of North Koreans have been living in South Korea for decades, appearing on television, running for office and starting businesses — suggest how much further South Korean society has to go toward embracing them, she said.

“It does show the limits to the potential for integration between North and South Koreans,” Park said. “At the end of the day, what’s needed is integration of the heart.”

Even though the Koreas share a common language, food and culture, in the seven decades since the Korean War, lives on either side of the border have increasingly diverged as the South grew wealthier and North Korea more isolated. On top of international economic sanctions for Kim’s nuclear and military ambitions, North Korea has imposed severe COVID-19 restrictions, furthering control of people and information in and out of the country.

After a brief thaw in relations in 2018, during which Kim met South Korea’s president and both sides dismantled some guard posts in the demilitarized zone as a sign of goodwill, Kim has rejected entreaties and offers of help from the South Korean government.

Kim’s father, Kim Jong Il, who ruled for 17 years, had little regard for refugees, seeing them as traitors. But not long after his son took over in 2011, North Korea began a concerted effort to lure escapees to return, offering them amnesty and a comfortable life in exchange for information about other North Korean refugees in South Korea, according to researchers.

“Under Kim Jong Un, they saw the refugees in South Korea as a threat to his hereditary rule,” said Kim Yun-young, an adjunct professor at Cheongju University and former researcher at the Police Science Institute. “There was much more of an effort for conciliation and enticement, sometimes using their remaining families as hostages.”

In one 2016 video posted by a North Korean government-affiliated website, a 40-year-old man who returned out of concern for the wife he left behind said he faced discrimination and economic strife trying to make it in South Korea.

“I spent only a year and six months in South Korea, but every moment there felt like a decade, and every day was like hell,” Kang Chul-woo, dressed in a dark Mao suit with a pin of Kim Jong Un’s father and grandfather’s face affixed near his heart, said in the video. “I was treated with contempt and disdain wherever I went because I was a North Korean refugee.”

That man again escaped North Korea eight months later, according to South Korean court records. He was sentenced to three years and six months in prison for providing North Korean authorities with information about fellow refugees.

Other court cases involving North Koreans’ attempts to return reveal a desperation that pushes escapees to go back. One man who worked in construction as a day laborer was defrauded of about $50,000 and was chased by debt collectors. Another had the deposit to his home seized when he couldn’t pay back about $800 he owed the broker who had facilitated his initial escape. Another in his 60s had suffered a stroke and wanted to see his wife and son once more before his death, and begrudged being treated like a migrant worker in South Korea, according to court records.

Some prepared lump sums of cash to pay “loyalty fees” to North Korea’s ruling Workers’ Party to be absolved of having escaped the country, which is normally punished as a criminal offense with time in a prison camp or forced labor, according to the records.

The New Year’s jumper, who was about 30 and reportedly told investigators he’d been a gymnast in North Korea, worked as a janitor and struggled to make ends meet, according to local media reports.

The economic plight North Korean refugees can face was highlighted in 2019 when Han Sung-ok, a single mother, and her 6-year-old son were found dead in their Seoul apartment, possibly of starvation. The mother and son’s deaths became a rallying cry for fellow refugees. South Korea provides initial resettlement funds and housing for the first five years, but many are left with nothing once they’ve paid broker’s fees, and struggle to find stable jobs.

Jeon Su-mi, an attorney who works as an advocate for North Korean refugees, said many feel disillusioned by the individualism and capitalism of the South. The choice of refugees to voluntarily return should be an opportunity for reflection in South Korea, she said.

“How ready was South Korea to genuinely welcome and accept these refugees in our midst?” Jeon said. “They risked their lives to get here and then risk their lives once again to leave. That should be a sign.”