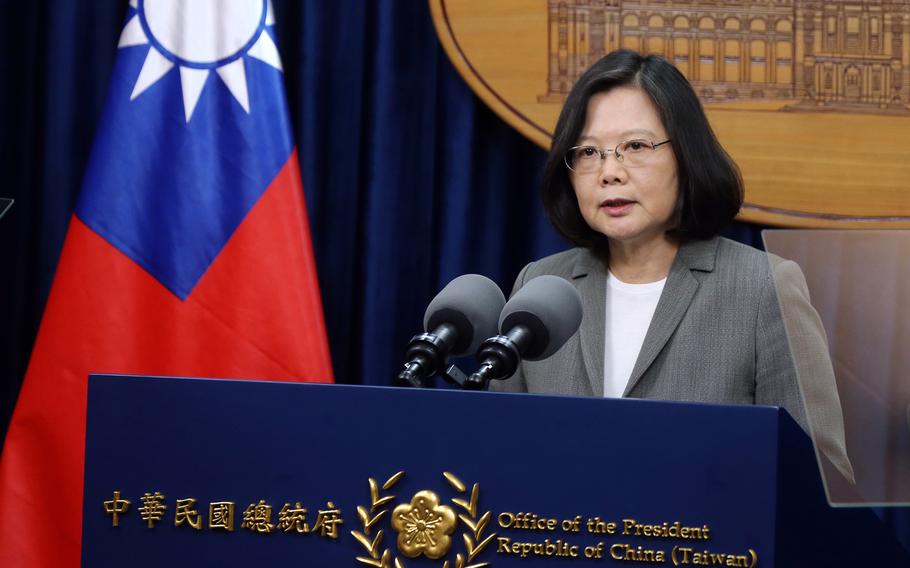 Taiwan’s president confirmed the presence of a small contingent of U.S. troops on the island in an interview aired Thursday by CNN that said the “threat from China is increasing every day.”

President Tsai Ing-wen told the broadcaster she’s confident the United States would come to the island’s defense if China tried to invade.

“I do have faith given the long-term relationship that we have with the U.S. and also the support of the people of the U.S. as well as the Congress,” she said. “The administration has been very helpful.”

Taiwan has been the focus of increased tension in recent weeks with Chinese troops practicing for an invasion and flying warplanes near the island democracy that is home to 23.5 million people.

President Joe Biden last week said the U.S. would defend Taiwan if China attacked, although his comments were walked back by the White House. The comment prompted a warning from China to the U.S. to “speak prudently” on Taiwan.

Biden and Chinese President Xi Jinping are preparing to hold their first summit via video since the U.S. president took office in January, with Taiwan likely high on the agenda.

Tsai confirmed that U.S. troops are on the island but added that there are “not as many as people thought.”

The presence on Taiwan of a U.S. special operations unit and a contingent of Marines to train local military forces was revealed by U.S. officials quoted in a Wall Street Journal report on Oct. 7.

About two dozen members of U.S. special-operations and support troops are training small units of Taiwan’s ground forces. And Marines are working with local maritime forces on small-boat training, the officials said, according to the newspaper.

U.S. forces have been operating on Taiwan for at least a year, the newspaper reported.

There is also a small detachment of Marines deployed for security at the American Institute in Taiwan, the de facto U.S. embassy, according to Ian Chong, an associate professor of political science at the National University of Singapore.

“Even if the numbers increase, I doubt they will by much,” he said in an email Thursday. “The point of US troops being in Taiwan is to assist with training rather than to get involved in any actual operations or preparing for operations.”

For example, Taiwan News reported April 26 that four Taiwanese F-16As had deployed to the U.S. the previous day for training missions.

It’s unclear what a small contingent of Marines can offer the Taiwanese that they don’t already know, New Zealand-based U.S. security expert Paul Buchanan said in an email Thursday.

A bigger problem for Taiwan is the increasing reluctance of their youth to volunteer for military service, he said.

“That may have to change if things continue to ratchet up,” he said.