U.S. and Philippine marines land on a beach in an assault amphibious vehicle during an Exercise Balikatan drill in Zambales, Philippines, April 3, 2019. (Trystan Jordan/U.S. Marine Corps)

Plans to build facilities for U.S. troops in the Philippines, which had stalled for years amid wrangling over rules for visiting forces, are back on track, officials from both countries said Thursday. 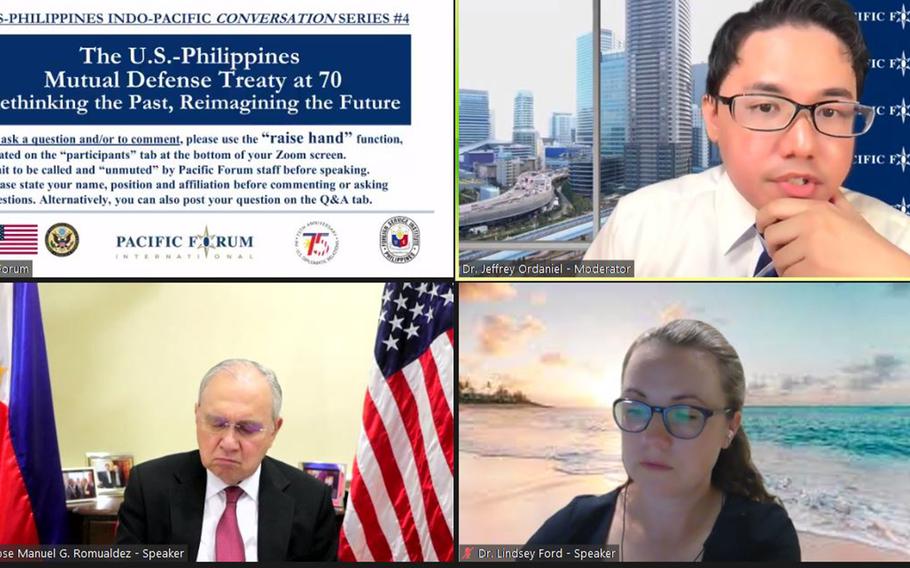 Facilities for U.S. forces at five bases were authorized by the Philippines government under the 2014 Enhanced Defense Cooperation Agreement.

The pact allows U.S. troops and contractors to operate at agreed-upon locations in the Philippines. Although the revised Philippine constitution bans permanent U.S. bases, the agreement hands U.S. forces operational control of the shared facilities and allows them to stockpile defense equipment and supplies.

Doubts were raised about the program in February 2020 after Philippine President Rodrigo Duterte began a process to terminate the Visiting Forces Agreement that permits U.S. troops to train in the country. The maverick leader canceled the plan after meeting with U.S. Defense Secretary Lloyd Austin in July.

One shared basing project, a humanitarian assistance and disaster relief warehouse at Cesar Basa Air Base on the Philippines’ main island of Luzon, opened in January 2019.

However, the allies are looking at projects at all five sites specified under the shared basing agreement, according to Lindsey Ford, the U.S. deputy assistant secretary of defense for South and Southeast Asia.

“We are working through various projects now,” she said during Thursday’s online conference.

The Palawan site is significant because of its proximity to the South China Sea, Carl Baker, then executive director of the Pacific Forum, said at the time.

China has built its own military bases and placed missiles on artificial islands in the contested waters that are subject to claims by several neighboring states, including the Philippines.

“That warehouse could be used to store equipment for surveillance flights,” he said.

The U.S. is also working with the Philippine government on projects at Fort Magsaysay Military Reservation, Lumbia Airfield and Mactan-Benito Ebuen Air Base, according to a U.S. Embassy report posted online in 2019.