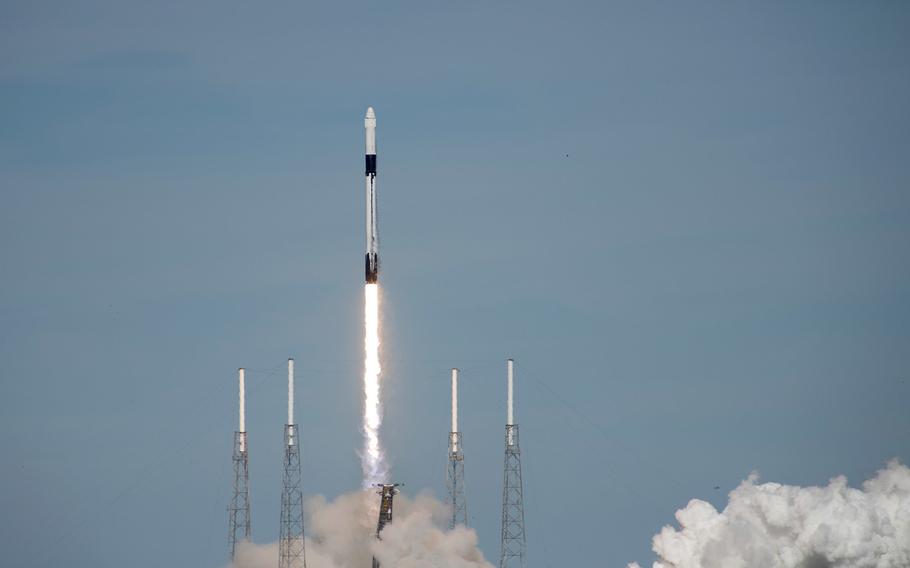 So what's the safety factor going to be like for the Aloha State?

SpaceX and Musk himself have been candid in describing the uncertainty attendant with the Hawaii finish line for the historic flight, which will still utilize the reusable rocket's usual upright landing, only at sea this time.

The combined Starship spacecraft and "Super Heavy " booster — the tallest rocket ship ever built at about 394 feet — are part of a system intended to eventually carry crews and cargo to Earth orbit, the moon and Mars.

"SpaceX intends to collect as much data as possible during flight to quantify entry dynamics and better understand what the vehicle experiences in a flight regime that is extremely difficult to accurately predict or replicate computationally, " the company said in a Federal Communications Commission filing for the upcoming test.

Musk tweeted in May: "We need to make sure ship won't break up on reentry, hence deorbit over Pacific."

Four unmanned Starship suborbital test flights ended with explosions before a fifth flight landed successfully May 5. Even though regulatory compliance hasn't been met yet, Musk has been pushing toward launch.

"First orbital stack of Starship should be ready for flight in a few weeks, pending only regulatory approval, " he tweeted Aug. 14. The SpaceX CEO was asked if that was on "Elon time, or real time?" to which Musk replied, "Real time."

Media reports have focused on preparation for the launch from SpaceX's Starbase at Boca Chica, Texas, but few details have emerged about the endpoint 100 kilometers off Kauai.

Hawaii officials did not respond to a request for comment, with the state Department of Business, Economic Development and Tourism previously saying in May that it did "not have enough information about the launch and the splashdown" plan to provide any insight.

U.S. Indo-Pacific Command said the Navy's Pacific Missile Range Facility on Kauai "is in discussions (with SpaceX) for limited support and use of their range" for the ocean landing.

The Navy was asked what type of support would be provided and if that includes temporary storage of the upper stage spacecraft after splashdown, how it gets to land from the sea, and how it would be transported out of Hawaii.

PMRF "is included in discussions with SpaceX and the Federal Aviation Administration on plans for a mission to terminate in waters NW of Kauai," spokesman Tom Clements said in a statement in response. "The FAA has the lead on licensing, including the environmental review, and public safety."

Clements said PMRF "is providing details on capabilities related to conducting a safe operation. All customers of PMRF must meet stringent safety requirements in order to receive our support."

SpaceX did not respond to a request for information about safety aspects of the planned Hawaii endpoint for the flight.

FAA spokesman Steve Kulm said SpaceX is applying for a license and "cannot launch Starship /Super Heavy until the FAA licensing process is completed and the FAA makes a positive licensing determination, which includes approval of SpaceX's proposed reentry location and operations."

As for the safety of Hawaii's population, Kulm said the FAA is "responsible for protecting the public during commercial space transportation launch and reentry operations," and the license evaluation includes a review of public safety during the reentry of the vehicle.

He added that, "No member of the public has ever been injured from a reentry vehicle operation."

The SpaceX application with the FCC sought a communications license for an "experimental orbital demo and recovery test of the Starship test vehicle" launching from its Starbase center in Boca Chica.

The booster stage will separate approximately 170 seconds into flight and then perform a touchdown in the Gulf of Mexico 20 miles from shore.

The 164-foot-tall orbital part of Starship, which eventually will be able to carry a crew and 100-plus tons of equipment, will fly between the Florida Straits and head around much of the planet, reaching a maximum altitude of 155 miles in low Earth orbit before "performing a powered, targeted soft landing" off Kauai, SpaceX said.

Kauai is the northernmost of the main Hawaiian Islands. Modeling of the spacecraft's flight shows it passing north of the other major islands in a west-to-east direction should it miss its landing mark.

Ted Ralston, a retired aerospace engineer, said the airspace north of Kauai for several hundred miles is under "warning area" designation. Air traffic controllers won't route aircraft through warning areas, called "whiskies, " so it's "a safe place to make a reentry, " he said.

Once the rocket leaves the launcher and "once it's in suborbital mode, like five minutes after launch in Texas, you'll know exactly where it's going," the Honolulu resident said.

There are hazardous materials on board with the fuel and other components, Ralston noted.

"Obviously, the destructive power is very high, start with that," he said. But "it's also a soft lander, so by the point that all the mechanisms come together, and it actually impacts the Earth, it's only probably going 15 knots. Still, it's a lot of mass."

So what if something goes cattywompus, or awry, with the 164-foot-tall, 30-foot-wide spacecraft on its way to Hawaii?

"I wouldn't worry at all, " Ralston said, "because the cattywompus signal would come up way early, and you just deorbit it short of the Hawaiian Islands, deorbit it a thousand miles away, or let it go past, if need be."

He added that "what characterizes Elon over all the other rocket guys is he works with a simulation and the models — which is all the mathematics — much more so in a predictive sense than the others."

Excitement has been growing toward launch since SpaceX stacked the Starship atop the Super Heavy booster for the first time Aug. 6. Space.com reported that Musk's more recent tweet of "ready for flight in a few weeks " may have sought to put some pressure on the FAA to move quickly on its review.

The "requested period of operation" filed with the FCC for the Starship flight is June 20 to Dec. 20. CNBC reported that SpaceX also wants to eventually use Starship to deliver into orbit its next generation of satellites in its Starlink internet system.