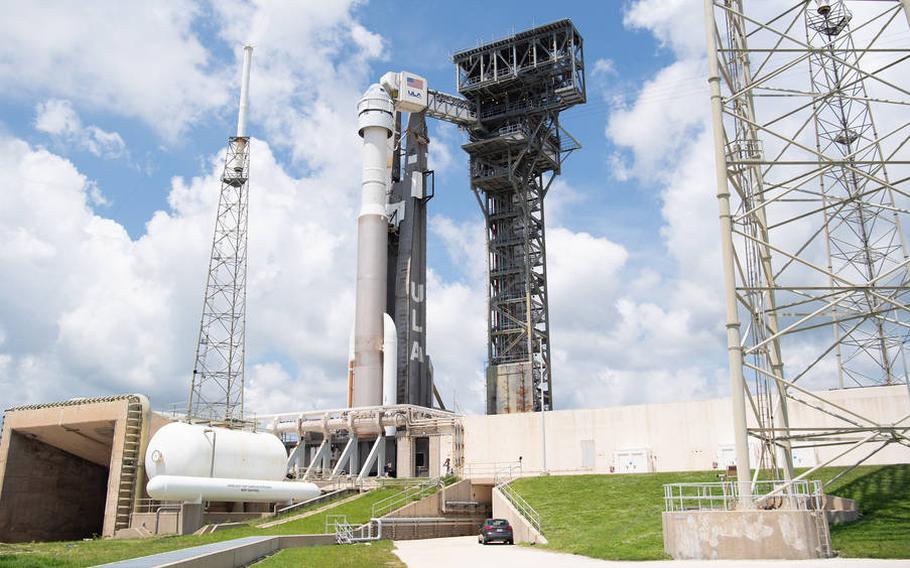 Boeing said Monday that the problem that scrubbed the launch of its Starliner spacecraft was caused when 13 valves in its propulsion system failed to properly open during a preflight test earlier this month, a more widespread issue than was previously known.

Over the weekend, engineers were able to open seven of those valves and restore them to working order, the company said, and it is still hopeful that it could launch the test flight by the end of the month. But Boeing still does not know what caused the problem, which forced yet another delay in a program that has been plagued by serious issues for years.

Boeing is developing Starliner under a contract with NASA to fly the space agency’s astronauts to and from the International Space Station. Elon Musk’s SpaceX, the other company that holds the “commercial crew” contract, has now flown three human spaceflight missions to the space station, but Boeing has struggled with its program and has lagged far behind.

Before it flies a test mission with astronauts, Boeing must first launch an uncrewed mission that would demonstrate that the autonomous spacecraft is able to meet up with the station in orbit, dock, survive the vacuum of space, and then fly back to Earth safely. Once those milestones are achieved, NASA would then green light a flight with astronauts on board.

Boeing’s first attempt at the uncrewed mission, in December 2019, went horribly awry because of a software malfunction that prevented the spacecraft from docking with the station. That touched off an investigation by NASA, which said it needed to more rigorously oversee Boeing’s work.

But after being forced to stand down for a year-and-a-half, Boeing had said it had fixed those problems and was finally ready to fly.

Boeing had been planning to redo the mission on July 30. But the launch was delayed after a Russian module docked with the station but then inadvertently fired its thrusters, sending the station into a harrowing spin.

The Starliner launch was rescheduled to Aug. 3, but Boeing and NASA announced that it would be delayed after it discovered “unexpected valve position indications in the propulsion system.” At the time, Boeing said that the problem was detected after electrical storms passed over Cape Canaveral the day before the launch, leaving open the possibility that a lightning strike could have been the cause of the problem.

Officials at NASA, however, were skeptical that lightning had any effect, and Boeing backed away from the claim, saying in a statement on Aug. 4 that the storm “appears to be an unlikely cause.” But it said it “will look closely for water or electrical damage,” during vehicle inspections.

The spacecraft is still mounted on the top of the Atlas V rocket, which is operated by the United Launch Alliance, a joint venture between Boeing and Lockheed Martin. Tory Bruno, ULA’s CEO, has said repeatedly that the problem is with the spacecraft, not the rocket.

To investigate the issue, the rocket with the capsule on top were rolled off the launchpad into a structure nearby, known as the Vertical Integration Facility, where engineers have been investigating why the valves did not open and how best to get them working again.

On Friday, John Vollmer, Boeing’s vice president and Starliner program manager, expressed confidence that his engineers would be able to fix the problem. “Cautiously optimistic is a good way to describe how the team is feeling,” he said in a statement.

Over the weekend, the team made “positive progress,” a spokesperson said Monday, allowing the company to continue to plan for a launch this month.

The company has found “no signs of damage or external corrosion,” Boeing said in a statement Monday. “Test teams are now applying mechanical, electrical and thermal techniques to prompt the valves open.” As a result, more than half of the valves “are now operating as designed,” it said, and work would continue on the others “in the days ahead.”

But Boeing still does not know what caused the valves to remain closed when they needed to be in the open position, and it is unclear how long determining that would take. As a result, some in the aerospace industry are skeptical the company could launch this month.

“Without a clue as to how this happened, ‘still hopes to launch in August’ is very much just a hope,” Jonathan McDowell, a Harvard University astrophysicist wrote on Twitter.

If Starliner does not launch in the coming weeks, it could be delayed months because of traffic at the space station, including a SpaceX cargo launch that would occupy the docking port Boeing would use for Starliner.