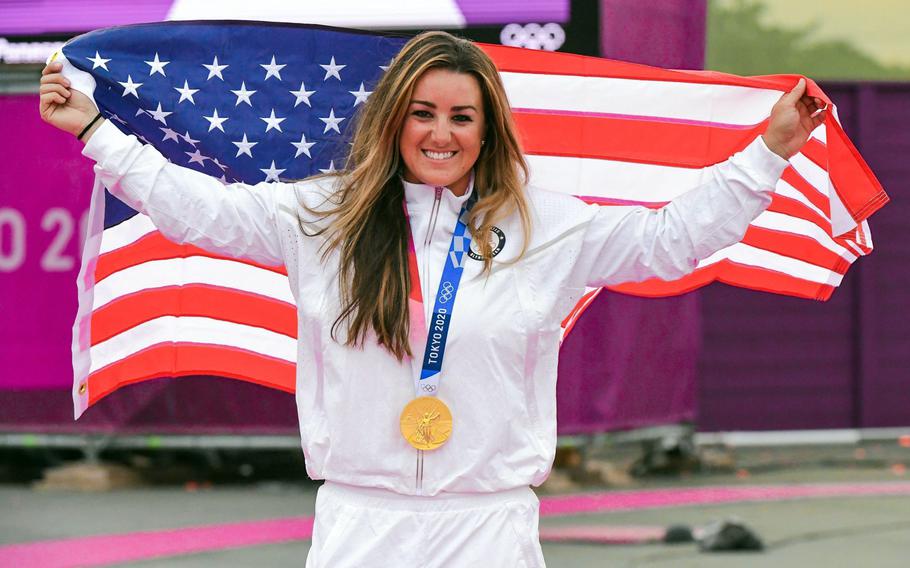 TOKYO – A skeet-shooting gold medalist, a steeplechase finalist and a record-setting swimmer were among the U.S. military’s best-performing athletes at a pandemic-delayed Olympics held without spectators amid a surge of coronavirus infections.

The games of the XXXII Olympiad closed Sunday evening much like they opened on July 23 with scaled-back pageantry and ceremony inside a mostly empty National Stadium in Japan’s capital city.

Many athletes had already returned to their home countries because of strict rules aimed at reducing the virus’ spread. Tokyo’s daily case numbers reached a pandemic high of 5,042 during the games’ second week, up from 1,359 when they started.

But that didn’t keep more than a dozen U.S. service member-athletes, along with three soldier-coaches, from competing in events ranging from track and field to shooting, boxing, wrestling, sailing, taekwondo and modern pentathlon. Buy Photo
Athletes assemble near the Olympic flame during the closing ceremony of the Tokyo games, Sunday, Aug. 8, 2021. (Seth Robson/Stars and Stripes)

English, 31, a native of Colorado Springs, Colo., hit 56 of 60 targets at the event, just three off the world record held by Wei Meng of China, who took bronze.

“All I could control was just my own shooting and my own emotions,” she told reporters after the win.

English’s gold medal was one of 39 won by the United States in Tokyo, along with 41 silver and 33 bronze.

Sgt. Amro Elgeziry, 33, missed out on a medal in modern pentathlon but set an Olympic record 1:52.96 in the men’s 200-meter swim component of Saturday’s event. 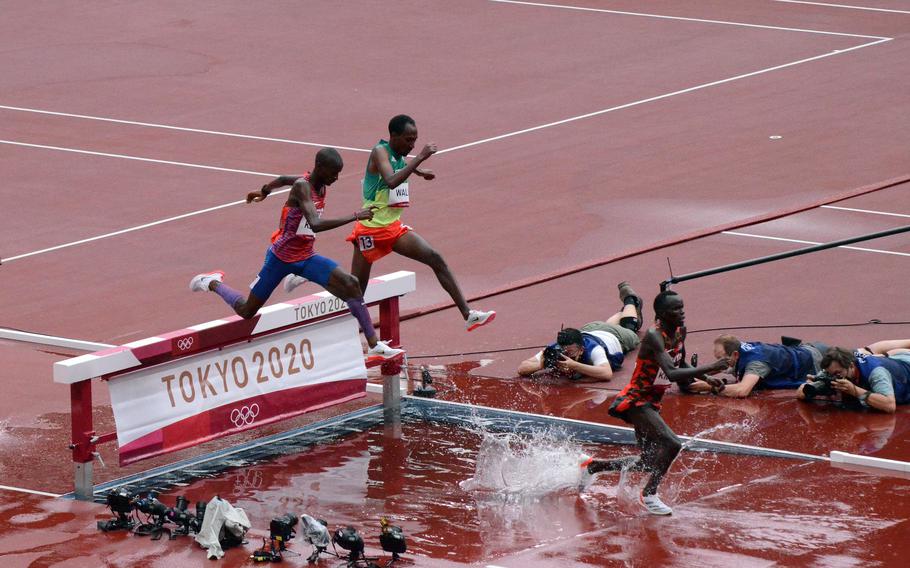 During the steeplechase heats at National Stadium in Tokyo on July 30, Army Spc. Benard Keter, 29, ran a personal best 8:17.31 to reach the final. The Kenya native, who lives in Lubbock, Texas, ultimately finished in 11th place.

“It’s been amazing competing for Team USA and Team Army,” he told Stars and Stripes in an Aug. 4 video interview from the Olympic Village.

Army Staff Sgt. Naomi Graham, 32, became the first female active-duty service member to box in the Olympics. The ammunition specialist from Fayetteville, N.C., lost to Zenfira Magomedalieva of the Russian Olympic Committee 4-1 in the Round of 16. Buy Photo
The American flag is carried into new National Stadium during the closing ceremony for the Tokyo Olympics, Sunday, Aug. 8, 2021. (Seth Robson/Stars and Stripes)

There were other U.S. military links to this year’s games.

Italian sprinter Lamont Marcell Jacobs, the surprise gold medal winner in the 100 meters, was born to an Italian mother and American soldier father who met while he was stationed in Vicenza.

“We aren’t allowed to leave the village,” he said. “It would have been good to visit some cool places in Japan after I finished my race.”

Nearly 400 people associated with the games, including 29 athletes, tested positive for the coronavirus between July 1 and Aug. 8, according to Tokyo 2020, the Olympics organizing committee. Among those was Army 1st Lt. Sam Kendricks, 28, a pole vaulter who tested positive a day before track-and-field events kicked off on July 30. Kendricks, who won bronze at the 2016 Olympics in Rio de Janeiro, was one of Team USA’s leading contenders for gold in Tokyo.

Other military athletes reached out to Kendricks, who serves in the 655th Transportation Company of the U.S. Army Reserve, to wish him well.

“A lot of people don’t know that he is an officer in the Army,” Keter said. “On the track-and-field team it was he and I. After he was out, I was stepping up to still represent the Army at the Olympics.” 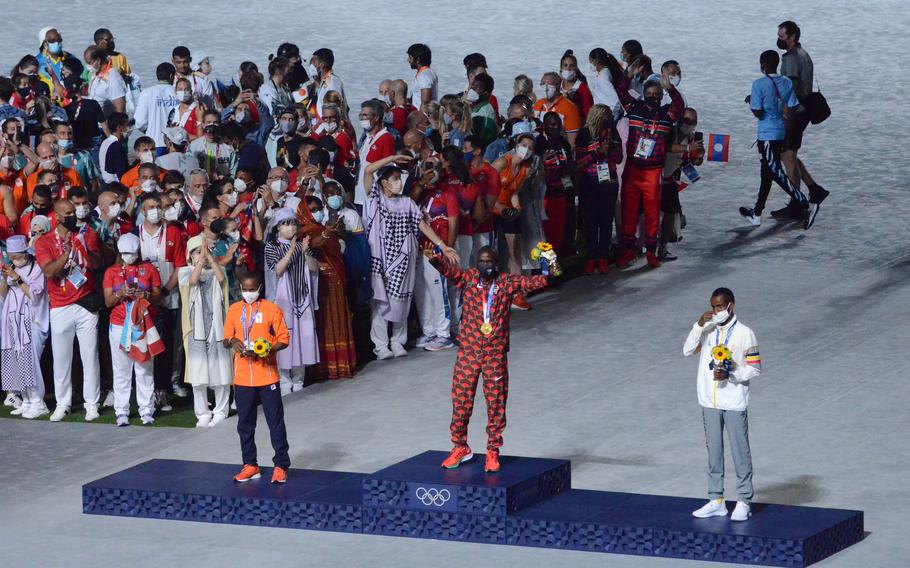 Sunday’s closing ceremony, attended by Japanese Emperor Naruhito and Prime Minister Yoshihide Suga, began with the hoisting of the Japanese flag by members of the nation’s self-defense forces. After the national anthem, a colorful parade of athletes was welcomed into the stadium by high-energy dancers as the Olympic cauldron burned nearby.

Victory ceremonies were held for medalists in the men’s and women’s marathons, which were held on the northern island of Hokkaido to avoid Tokyo’s summer heat. Later, the flag of France, whose capital city will host the 2024 games, was raised.

Tokyo will take a breath before hosting the Paralympics Aug. 24-Sept. 5. Those games will feature more than 4,400 athletes with a range of disabilities competing in 22 sports.