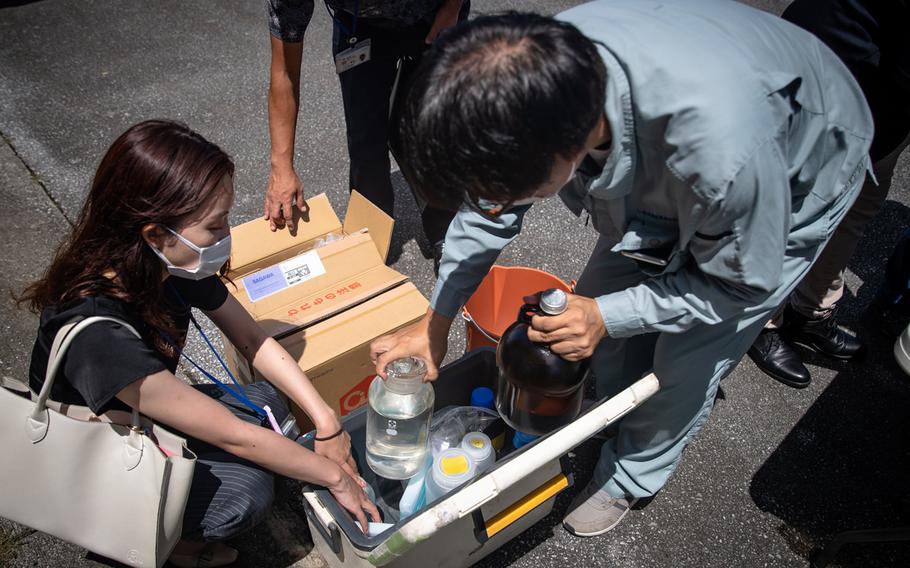 The treated water is stored in underground tanks and may contain traces of the toxic, organic chemicals PFOS and PFOA left over from spilled firefighting foam captured on the air station.

Okinawa prefecture sent a team of four, including environmental officials, to the base Monday, a prefectural spokesman told Stars and Stripes by phone Tuesday. Ginowan city and the Japanese government also sent officials. 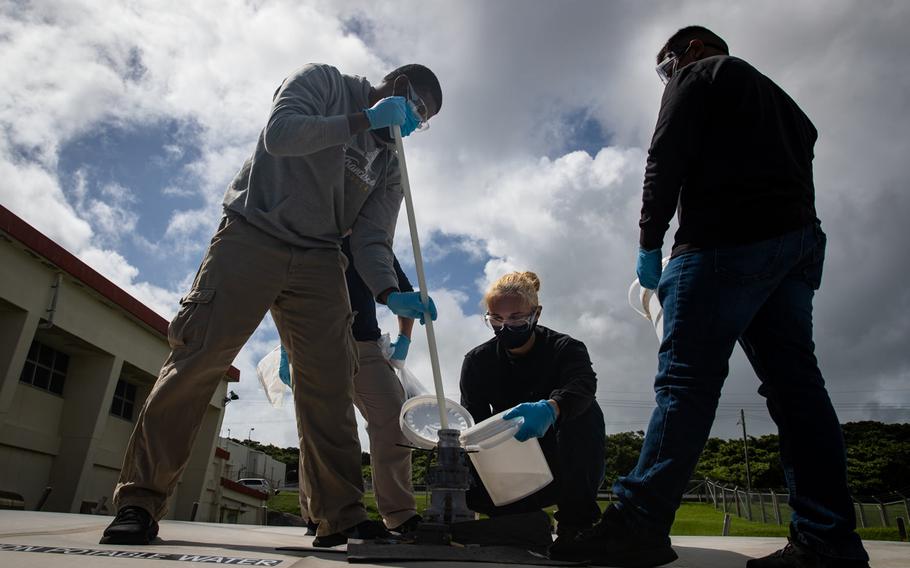 Early this month, a spokesman for the Okinawa Prefectural Enterprise Bureau said that putting the treated water into the public wastewater system means it eventually would reach the sea. Completely removing the contaminants is impossible, he said.

The water has been treated using the Army’s PFAS Effluent Treatment System, or PETS, which uses ion exchange and granular activated carbon to reduce PFAS levels in water, according to a Marine Corps Installations Pacific statement Thursday.

Okinawa prefecture has asked the U.S. military to dispose of the contaminants thermally, a spokesman from the prefecture’s Special Management Office of Military Installation Environmental Affairs told Stars and Stripes on Tuesday. Government officials in Japan customarily speak to the media on condition of anonymity.

Thermal processes, including incineration, use heat to destroy wastewater contaminants, according to a November paper in the journal Water Environment Research. One method, the liquid injection hazardous waste furnace, works like an afterburner in which the wastewater is mixed with fuel and burned.

The Marine Corps in its statement Thursday dismissed other disposal options.

The public wastewater system “is the quickest method available to safely dispose of PFAS-contaminated water and does not entail the risks associated with either keeping it on-hand or transporting the water to the mainland for disposal,” according to the Marines’ statement.

PFOS and PFOA are found in aqueous firefighting foam, aircraft grease, water-repellant materials and fluorine chemicals. They have been known to cause tumors, increases in body and organ weight and death in animals.

The Marines permitted prefectural officials onto MCAS Futenma on July 13 to tour the treatment facility, the prefectural spokesman said. They were invited back Monday to obtain samples of the treated wastewater.

At a tank containing treated sewage, a base representative took samples from the bottom, middle and top, the spokesman said. They were mixed and split between prefectural, Japanese and U.S. military officials for testing. 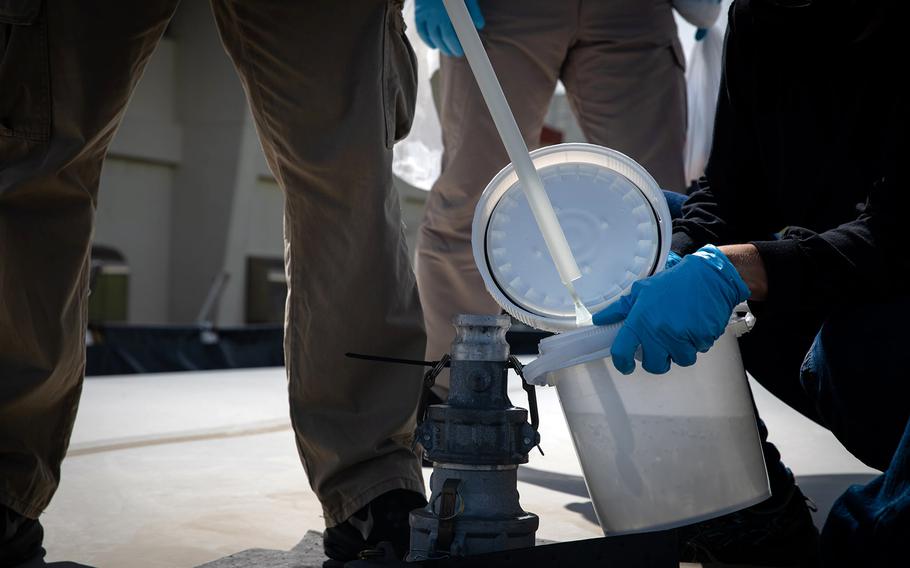 The results will not be released until all three groups complete their testing, the spokesman said. That is expected to take some time because the U.S. military’s sample will be sent to the United States for analysis.

Keigo Wada, deputy mayor of Ginowan city, told the city’s Assembly Steering Committee on Tuesday that the water stored at MCAS Futenma has a PFOS concentration “from 300 to 650 nanograms per a liter,” or .3 to .65 micrograms per liter, which is 13 times higher at the maximum than Japan’s safety target of 0.05 micrograms per liter, the Okinawa Times reported Wednesday.