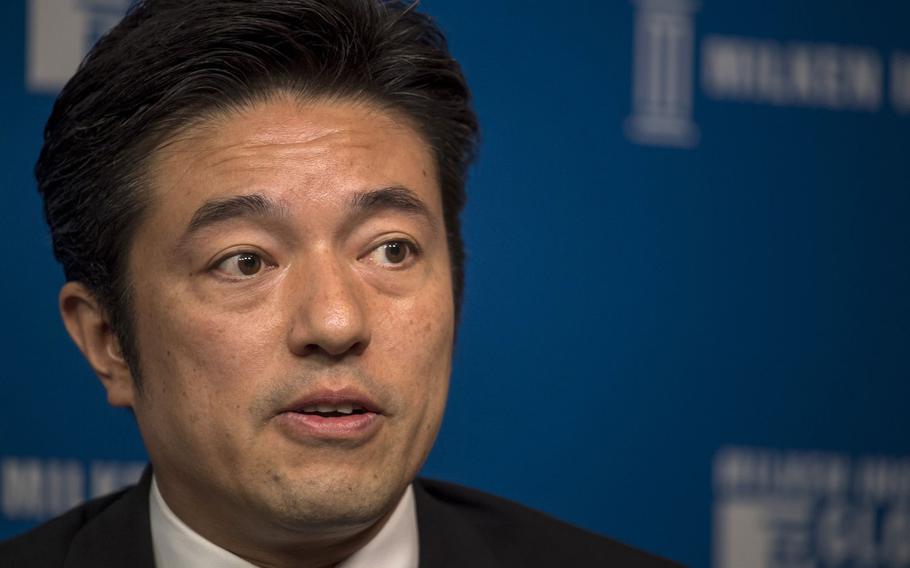 Japan's No. 2 defense official laid out the increasing threats he sees from a more assertive China, including longer-range missiles and more frequent airspace incursions, as the U.S. ally moves to boost defense spending to help counter Beijing.

"It's already possible for them to aim at the East Coast and the White House," Yasuhide Nakayama, Japan's state minister of defense, said during a talk Monday to the Washington-based Hudson Institute, while holding a map showing the range of China's latest JL-3 intercontinental ballistic missiles.

China's claims in the South China Sea, military exercises in Japanese territory and the sovereignty of Taiwan were other issues that Nakayama brought up while discussing Japan's more robust military stance.

Last month, Defense Minister Nobuo Kishi said in an interview with the Nikkei that Japan would increase its military spending beyond its traditional cap of 1% of gross domestic product. A Chinese spokesperson characterized those statements as evidence that Japan is trying to initiate an "arms race." Japan also faced China's ire after saying the stability of Taiwan was a national priority.

"We are not friends of Taiwan, we are brothers," Nakayama said.

China lodged solemn representations with the Japanese side over the matter, Wang said.

Nakayama praised President Joe Biden's policy toward China and Asia, calling it stronger than that of his predecessor, Donald Trump. Building upon close U.S.-Japan ties — Prime Minister Yoshihide Suga was the first head of state to visit Biden at the White House — Nakayama encouraged the U.S. to prepare for China's military strength and territorial incursions on Taiwan.

"If something happens in Taiwan, it's directly related to the Okinawa Prefecture," where the U.S. keeps thousands of troops, Nakayama said. The southernmost islands in the prefecture lie just 110 kilometers (68 miles) from Taiwan, which China claims as part of its territory.