Eight new COVID-19 cases for US military in South Korea, none in Japan 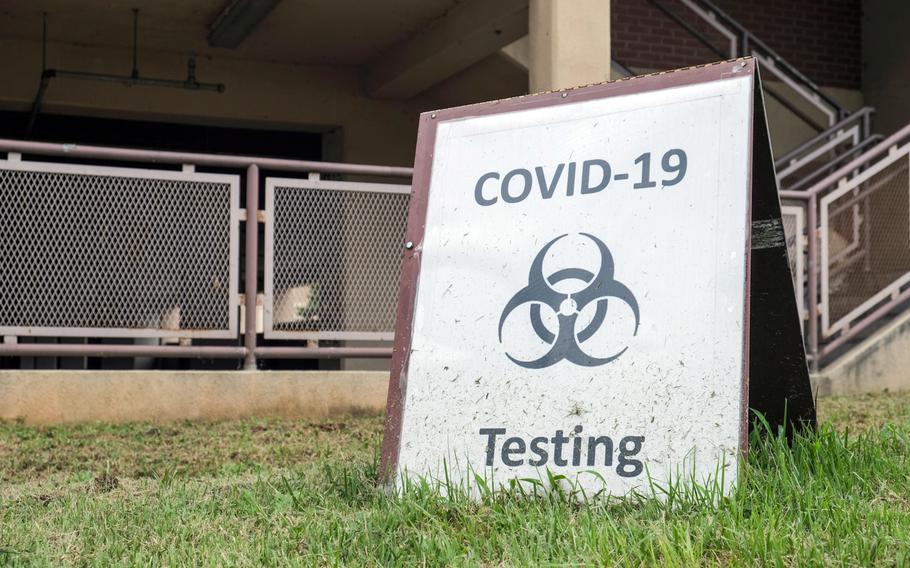 Eight new cases of the coronavirus respiratory disease have popped up at U.S. bases on the Korean peninsula, according to a statement Thursday from U.S. Forces Korea.

Seven service members and a government contractor have tested positive for COVID-19 since the numbers were last reported on Tuesday night, the USFK statement said.

Two of the new patients are service members who landed at Osan Air Base on June 8 via a government-chartered flight called the Patriot Express.

Another service member arrived at the port in Busan aboard a Navy ship on June 18.

All were taken to isolation or quarantine facilities at Camp Humphreys, Osan Air Base or aboard the USNS Fisher, according to the statement.

South Korea added 610 new COVID-19 cases and one death at midnight Wednesday, according to the Korea Disease Control and Prevention Agency’s Central Disease Control Headquarters. The government has counted over 150,000 infections during the pandemic and 2,000 deaths, the World Health Organization said.

Japan reported 1,610 new coronavirus cases on Thursday, 85 fewer than the same day last week, according to public broadcaster NHK and the WHO. There were 42 deaths.

Okinawa prefecture, home to most of the U.S. troops stationed in Japan, reported 62 new coronavirus cases on Thursday, 35 fewer than the same day last week, according to NHK. There were four deaths.

The prefecture is in a state of emergency until July 11.