Some win, some lose: Multilevel marketing has a checkered history with military members 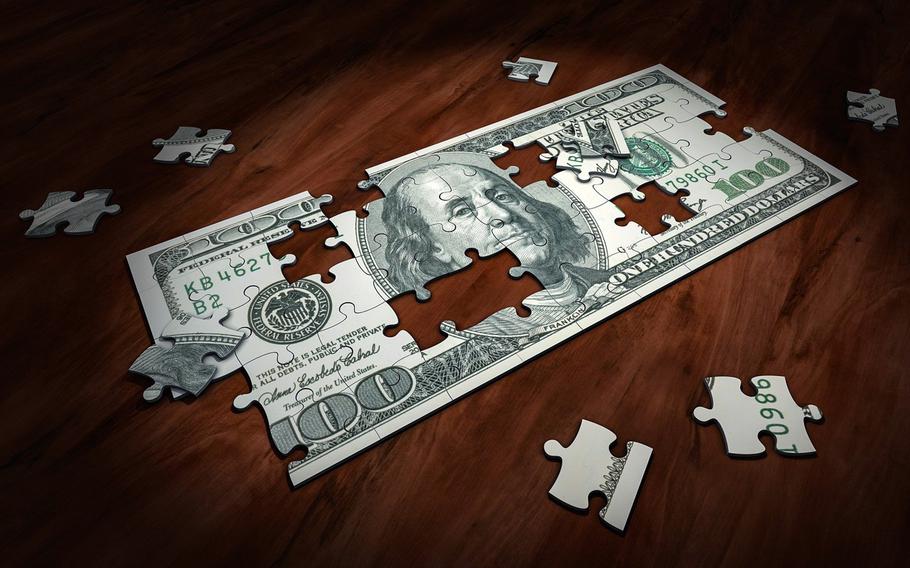 Multilevel marketing companies, or MLMs, promise a path to wealth but some who become involved with them find the promise illusory, even fraudulent. Others earn good money while making friends. (Arek Socha/Pixabay)

The thought of running your own business from home can sound appealing, especially if your home changes to a new location around the world every few years.

Multilevel marketing companies, or MLMs, are becoming increasingly popular in military communities based on their pitch of “becoming your own boss,” said Scott Johnson, a Navy veteran who hosts a podcast aimed to educate service members and veterans about career opportunities and identifying scams.

MLMs promise a path to wealth but some who become involved with them find the promise illusory, even fraudulent. Others earn good money while making friends. Knowing what to look for and keeping a life balance are two factors in managing membership in an MLM.

Multilevel marketing companies create revenue by using non-salaried members to sell goods or services directly to consumers. Products range from clothing to jewelry to beauty items, but the premise is the same. Participants must pay a recruitment fee, and they must also pay for the inventory they will be selling.

“Eventually you go broke, or you can’t continue to sell to your same friend group,” Johnson, who worked for Amway for a decade after his time in service, told Stars and Stripes by phone May 12. Amway, founded in 1959, is an MLM that sells health, beauty and home care products.

Last year proved to be particularly rough for those seeking work during the coronavirus pandemic. Unemployment for military spouses was at a higher rate than the general population at 24%, according to a 2020 Department of Defense report to Congress.

And, according to the Department of Labor, 6.5% of veterans were unemployed in 2020. This was a significant jump from 3.1% the previous year, reflecting the severity of the pandemic, the agency said.

Friends in the business

Johnson said he understands the appeal of MLMs, especially for people who crave a social circle when their spouses deploy, or who are about to exit the military without a career plan.

He said he became involved with Amway in 1993 because he lacked a plan, and a trusted friend, a former flight surgeon, was with the company.

Johnson said he spent thousands of dollars on meetings, membership fees and inventory.

“To make up for the cost to stay at Amway, I was always having to sell, and the sales I did make became more about not disrupting the relationship. They were sympathy sales,” he said.

“But it’s more than just the money. That’s just dollars. There’s also time. I can recover money, but not my time or those friendships.”

In 2010, Johnson was part of a class-action lawsuit against Amway subsidiary Quixtar that alleged unfair and illegal business practices that misled distributors about earning potential and participation costs.

Amway settled out of court for $56 million, and Johnson said he got 5% of what he spent on his involvement in the company. He said he is just glad it is behind him and now focuses on educating others.

The settlement did not include admission of guilt from Amway.

MLM companies deal in a range of goods and services, but the business model of recruiting more people to help sell a product remains the same.

The notion of becoming a “boss babe,” a term used in MLM social media circles, along with the products are the bait, Johnson said. Many MLM companies are marketed toward women because of the products they sell, or ride trend waves, such as weight loss and “wellness.”

Brooke Langston, a military spouse on Yokosuka Naval Base, said she joined Thrive by Le-Vel, a brand of dietary supplement and weight loss products, last year to make money during the pandemic.

She was given a strict script to follow for her social media posts, as well as instructions to message friends or family members she knew might have body image insecurities, Langston told Stars and Stripes by Facebook Messenger on May 5.

She said she regrets spending the $1,000 it cost to sign on with the company.

“I only made $20 from my few months with the company, which I have yet to see a cent of due to the fact that their payment portal will not release funds until you make $25,” Langston said. “Looking back, I’m extremely embarrassed that I allowed myself to become victim to the predatory business model that is an MLM, and even more embarrassed that I tried to exploit people for my own tiny gain.”

Truthinadvertising.org, a nonprofit organization that examines product claims, said in March that Thrive uses unsubstantiated health and disease-treatment claims to sell its products.

Representatives from Le-Vel, which has an A+ rating from the Better Business Bureau, did not respond to email queries from Stars and Stripes on Friday.

According to the Federal Trade Commission, an MLM should be avoided if it makes promises that seem too good to be true, focuses heavily on salespeople recruiting other sellers for the company, uses high-pressure sales tactics or if its distributors are required to purchase more inventory than they can reasonably sell to stay active in the company.

But not everyone has a bad experience with MLMs. Ashley Watkins, a Navy spouse at Great Lakes Naval Station, Ill., said she joined Pure Romance, an MLM selling sex toys and other adult products, after she lost her civilian job.

Watkins said she purposefully schedules days where she does not engage in selling Pure Romance to keep a balance in her personal life to avoid pushing her friends away or being labeled as a “hun,” internet slang for someone who relentlessly messages people to sell products.

“I think it is a way to meet people depending on where you are stationed,” Watkins said via Facebook Messenger on May 5. “Plus, you can work from your phone anytime of the day.”