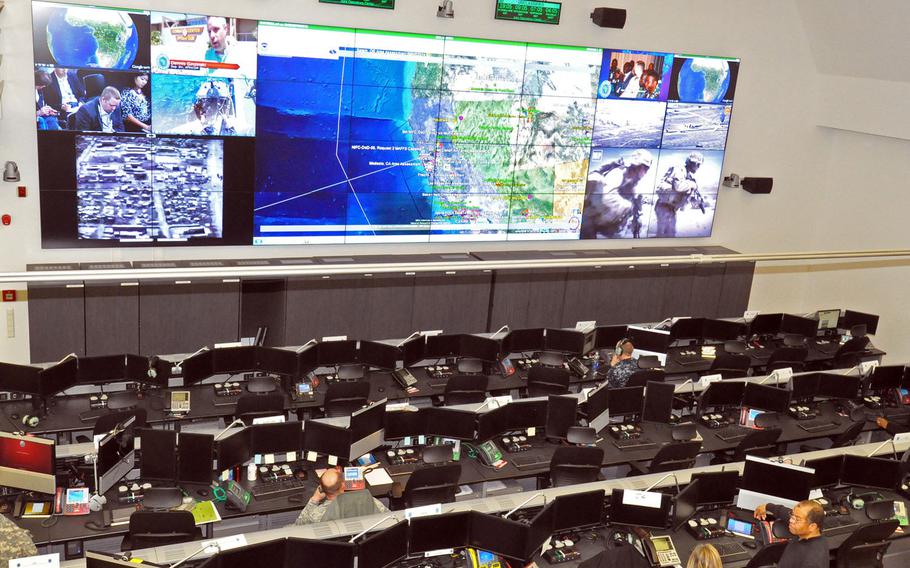 STUTTGART, Germany — U.S. Africa Command has launched a search for a new headquarters home that could send the Germany-based unit somewhere else in Europe or to the United States, it said in a statement Friday.

“U.S. Africa Command has been told to plan to move. While it will likely take several months to develop options, consider locations, and come to a decision, the command has started the process,” AFRICOM’s Gen. Stephen Townsend said in the statement.

The potential move for AFRICOM was included in the Pentagon’s plan to withdraw nearly 12,000 troops from Germany, which Defense Secretary Mark Esper gave details of on Wednesday. President Donald Trump has been pushing since 2018 for the U.S. to reduce its troop presence in Germany, saying that Berlin wasn’t spending enough on defense.

AFRICOM, which oversees U.S. military efforts in Africa, operates alongside U.S. European Command in Stuttgart. Under the Pentagon plan, EUCOM is slated to move to Mons, Belgium, the site of NATO’s military headquarters. The plan did not provide a timeline, but military officials have said that move and others could take years.

The location of AFRICOM’s headquarters has long been a source of debate. When the command was set up in 2007 by then-President George W. Bush, the idea was floated to set up the headquarters somewhere in Africa. But that brought a political backlash on the continent, and AFRICOM decided to stay in Stuttgart.

In subsequent years, lawmakers have suggested the headquarters should be moved stateside.

But in 2013, after a multiyear review that examined sites in Africa, the U.S. and Europe, AFRICOM concluded that Stuttgart was still the best location for its headquarters. The high costs of relocation were one reason cited for staying in Stuttgart.

AFRICOM will first look at options in Europe but will also consider the U.S., it said Friday. A move to Africa is not being considered, the command said.

If AFRICOM eventually moves to the U.S., EUCOM would be the only major combatant command based overseas.

Regardless of the headquarters location, AFRICOM “will continue to work with our African and other partners to address mutual interests,” Townsend said.

“We are very grateful to Germany for their partnership and serving as host to Headquarters U.S. Africa Command,” he said in the statement.