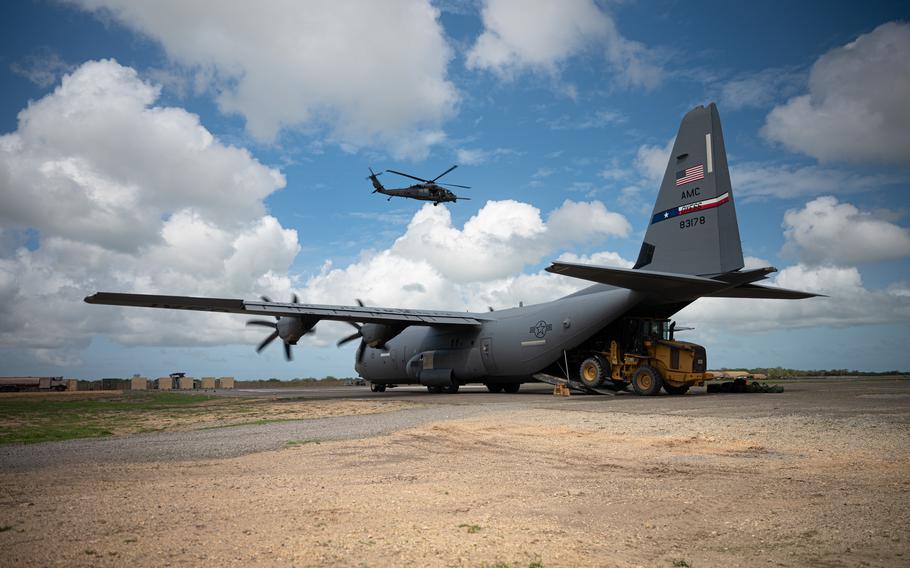 U.S. forces were inadequately defended and military officials failed to recognize potential threats before a 2020 al-Shabab raid on their base in Kenya left three Americans dead, top Pentagon officials said Thursday in detailing two damning probes into the incident.

The U.S. military’s security force charged with protecting the tiny Cooperative Security Location Manda Bay on Kenya’s coast were “insufficiently prepared” for their mission, troops were not aware of intelligence they could be targeted, and “problems with mission command” contributed to failed security at the post, an Army command investigation and a subsequent independent probe of the incident ordered by Defense Secretary Lloyd Austin found. Though several service members were ultimately punished for negligence in connection with that attack, investigating officials found the deaths were primarily the result of the complex attack launched by well-trained enemy forces.

“The proximate cause of the death of three U.S. citizens, injuries to three other U.S. citizens, and the loss of U.S. aircraft and property was the attack by a massed force of determined, disciplined and well-resourced al-Shabab fighters,” said Army Gen. Paul Funk, the commander of U.S. Army Training and Doctrine Command whom Austin hand-picked last April to lead the independent review. “No single point of failure directly caused the loss of life and damage to the property at Manda Bay.”

Austin ordered the independent review of the incident after the Army investigation was completed to take a closer look at the security for U.S. troops in Manda Bay and other locations in Africa. The final report is dated Nov. 29, 2021, but the Pentagon only released its findings Thursday.

Funk said those findings — the result of nearly a year of work by 11 senior officers and noncommissioned officers — largely mirrored those found in the Army probe. However, Funk ordered administrative punishment for several service members — ranging from junior enlisted to senior officers — whom he found “negligent in their actions or inactions” leading up to or during the incident.

The Jan. 5, 2020, attack by some 30 to 40 al-Shabab fighters — al-Qaida’s Somalia-based affiliate — on Manda Bay and nearby Camp Simba marked the second deadliest attack on the American military in Africa in decades. In 2017, four U.S. soldiers were killed in an ambush by militants in Niger that the Pentagon found was also at least partially the result of training and command failures.

Townsend, who ordered the Army probe and admitted there were security shortcomings in Africa to lawmakers mere days after the attack, said his command had already worked to implement “extensive steps” meant to bolster troops’ security at Manda Bay and across the continent.

Among them, Townsend and other senior military officers detailed Thursday, are new mission-specific training requirements for security forces deploying to Africa, hardening physical defenses at bases, an increased rate of security inspections, enhanced intelligence gathering and sharing, and an increase in the size of security forces at bases in Africa. At Manda Bay, troops have worked to clear vegetation and other obstructions to provide security forces a 360-degree view of the base’s surroundings and installed a single commander in charge of all operations at the post, officials said.

The force of al-Shabab fighters snuck up unnoticed on CSL-Manda Bay and nearby Camp Simba, a smaller encampment housing Marines, before dawn Jan. 5, 2020, as Mayfield and another soldier drove a small truck down Manda Bay’s runway to clear it of animals, the investigations found.

Al-Shabab fighters launched 10 mortar rounds into Camp Simba almost at the exact time that Mayfield and the other soldier noticed something hiding in bushes just off the road. The mortar attack, which neither injured anyone nor caused any damage, was determined to be an effort to distract from the impending attack on Manda Bay, according to investigators.

Mayfield and the other soldier moved toward the bushes, assuming they would need to chase off a hyena or another animal. By the time they realized they were being ambushed, it was too late, said Air Force Lt. Gen. Steven Basham, the deputy command for U.S. Air Forces in Europe and Africa and one of the investigating officers. 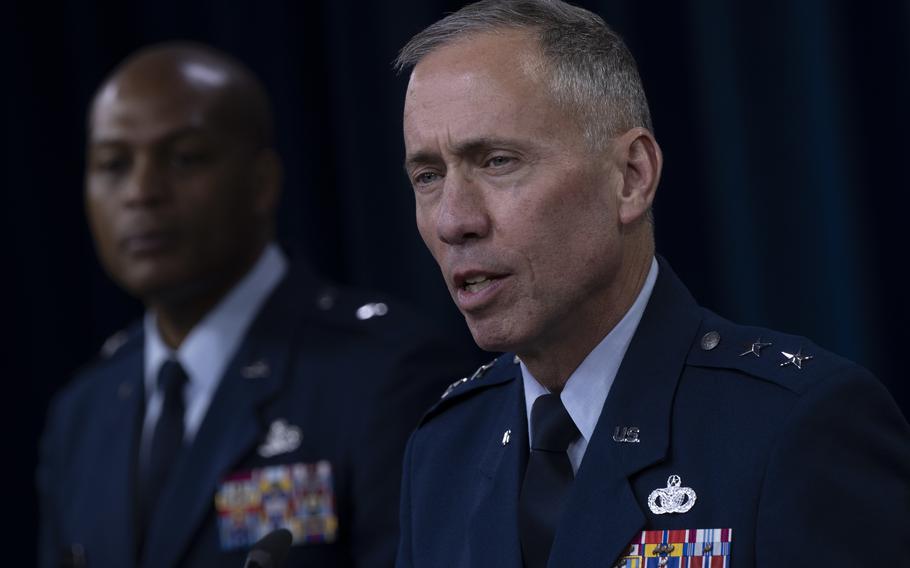 The enemy fighters quickly launched two rocket-propelled grenades into Mayfield’s truck. The first struck but did not explode. The second penetrated the driver’s side door, exploding and killing Mayfield instantly, Basham said.

The fighters then turned their RPGs toward the King Air B350 U.S. contractor plane that Harrison and Triplett were taxiing down the runway within moments of takeoff, Basham said. The plane was struck with RPG and rifle fire. It caught fire, killing the two pilots, while a third U.S. contractor escaped.

“The aircraft came to rest on the side of the runway, and it was assessed that the pilots purposely steered the aircraft off the runway to keep it free for future operations,” Basham said.

Townsend labeled all three men killed that day “heroes,” vowing their deaths would not be in vain because the military had improved its security on bases in Africa since the attack.

No other Americans died after the opening clash of the battle, and after hours of fighting, American and Kenyan forces repelled the al-Shabab fighters, the probe found. At least six enemy fighters were killed in the battle.

Top Pentagon officials declined Thursday to detail the punishments handed out as the result of Funk’s investigation. The general said he found no one was guilty of criminal conduct in connection with the incident, and all the punishments were administrative in nature — meaning they could range from a letter of reprimand to cuts in pay or rank reduction.

Air Force Brig. Gen. Patrick Ryder, the service’s top spokesman, said he would not provide further information about those punished due to “privacy considerations.” The Associated Press reported eight individuals were punished, but defense officials declined Thursday to confirm that information. None of the punished were general officers, according to the AP.

“Adverse actions have been taken, and decisions regarding performance evaluations, decorations, unfavorable information files, and control rosters were made,” Ryder said in a statement. “These actions can affect the individual’s career in terms of promotion eligibility, reenlistment, and assignments.”

While Austin deemed the punishments appropriate, military officials cautioned repeatedly Thursday that the culprits should not be solely blamed for the deaths of Mayfield, Harrison and Triplett.

“In the end, though, while some individuals could and should have done better, the negligence of the individuals identified in the review was not the cause of the losses suffered in the attack,” said Air Force Maj. Gen. Tom Wilcox, one of the lead investigators for the Army probe. “Although [their actions] may well have made the airfield more vulnerable.”