State-administered inoculations have been suspended in KwaZulu-Natal and parts of Gauteng, the economic hub, said Nicholas Crisp, a consultant to the National Health Department who is helping oversee the program.

“We are clearly not going to be putting our staff in harm’s way,” Crisp said in an interview Tuesday, adding that those queuing for vaccines could also be in danger. “It will just have to wait until things calm down.”

The disruption is the latest blow to a rollout that’s been criticized for its late start and remains at a nascent stage. Earlier issues include a decision not to use the AstraZeneca vaccine amid fears of its efficacy against the beta variant of the virus, while the delivery of Johnson & Johnson vaccines were delayed after a contamination incident at a U.S. factory.

South Africa vaccinated 146,577 people in the 24 hours to 5 p.m. local time on Monday compared with over 191,000 late last week. The health department had expected to inoculate more than 200,000 that day, Crisp said. Fewer than 4,000 doses were administered in KwaZulu-Natal.

The setback comes as the country is in the grip of a third wave of COVID-19 infections that have led to the imposition of a curfew, a ban on alcohol sales and restrictions on movement. Of the daily infections recorded in the country, about half are in Gauteng.

Before the violence erupted at the weekend, inoculation numbers had been climbing steadily toward a target of 300,000 a day set by President Cyril Ramaphosa.

“Our vaccination program has been severely disrupted just as it is gaining momentum,” Ramaphosa said in a televised address on Monday. “This will have lasting effects on our ability to consolidate some of the progress we were already witnessing in our economic recovery.”

Vaccinations and testing by private companies have also been disrupted. Dis-Chem Pharmacies Ltd., which provides both services, closed all its drugstores in KwaZulu-Natal on Monday, according to text messages sent to customers.

Discovery Ltd., which owns South Africa’s largest medical-scheme administrator, shuttered all its vaccination sites bar one in Cape Town on Tuesday. The company is prioritizing the safety of its staff and would reopen when possible, it said in a statement.

At more than 2.2 million, South Africa has the highest number of confirmed COVID-19 infections in Africa. More than 64,000 people have officially died of the disease, though health researchers say the real figure may be three times as much.

Of almost 4.4 million doses of vaccine administered in the country so far, 23% have been in Gauteng and 22% in KwaZulu-Natal.

“A lot of sites are packing up,” said Busisiwe Mavuso, the chief executive officer of Business Leadership South Africa. The riots “are super spreader events.” 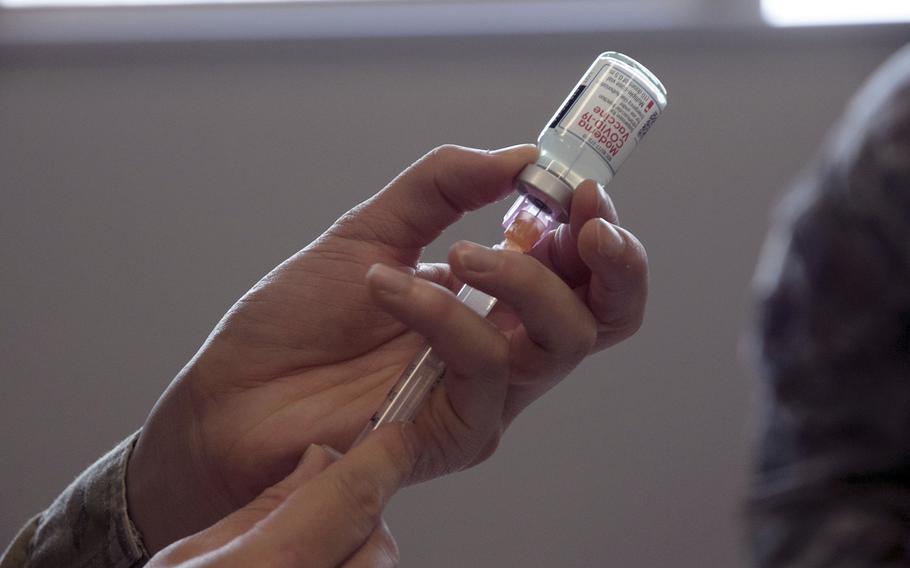 Buy Photo
An airman loads a syringe with Moderna’s COVID-19 vaccine in December 2020 at Kadena Air Base, Okinawa. (Matthew M. Burke/Stars and Stripes)